Since I’m not likely to win an olympic medal, here’s another self-referential ironic award from earlier this year.

This is President Ilham Aliyev of Azerbaijan who eats journalists for breakfast being awarded a ‘Friends of Journalists’ award by some puppet functionary he controls.

And as he gets it he smiles not because he does not see the irony but because he treats everyone else he knows is thinking it with the contempt of the unassailably powerful.

This is becoming commonplace here. 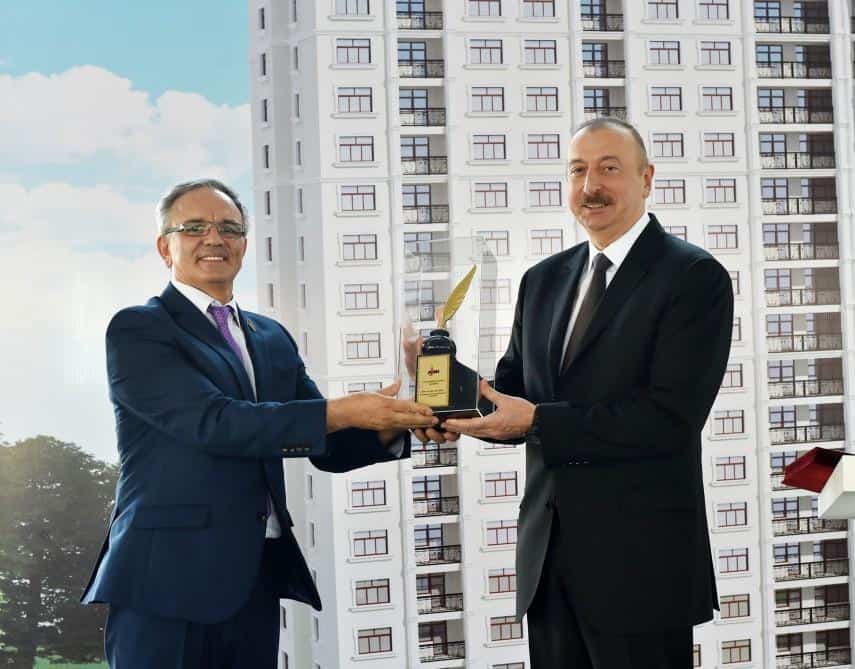 Previous:“Prime minister’s spouse” in the Bahamas for another award ceremony
Next:Daphne’s family say she was not investigating anyone of the suspects arrested this week