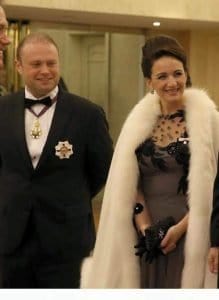 Michelle Muscat is the volunteer of the year. She was awarded the title by the Malta Council for the Voluntary Sector.

Yet another Peronist event in this Evita story of pursuit of adulation; of packaging the proletarian heroine royally bedecked behind the great leader. And sure enough the great leader was bursting with pride on twitter.

Well done @Michelle_Muscat on being named National Volunteer of the Year by the #Malta Council for the Voluntary Sector. Great team at The Marigold Foundation and the National Alliance for Rare Diseases Support -JM pic.twitter.com/oiTnIWfTlE

All those volunteers working their entire life behind the scenes, giving up their time and mental energy for others, expecting and getting no reward, are supposed to see in the recognition of Michelle Muscat, recognition of their own work.

But there is no relationship between these two worlds. People who work with the vulnerable have no condescension, no self-awareness, no patronising self-importance and no hunger for attention. 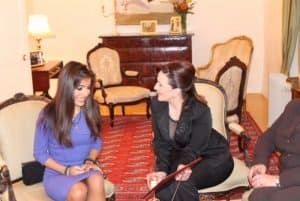 Above all no awardee of the volunteer of the year award carries the shadow of friendships, or more, with evil dictatorships.

The selection committee that awarded Michelle Muscat this prize will say they have acted according to normal process and their conscience tells them they have made the right choice.

But let’s be honest about things here. An award to a volunteer of the year is surely intended to recognise all volunteers, not just the ones that are married to prime ministers. Since a proper job appears to be beneath the dignity of Michelle Muscat she does “voluntary work” to create for herself press opportunities that are of political benefit to her husband and herself.

That is not giving. It is taking. It is the condescending charity of queens married to emperors by divine right. It is the throwing of bread at the gladiatorial games, the tossing of coins in the mud in a royal visit to some village. And rewarding that with recognition as volunteer work is trivialising the real work people do to give without taking.