Andrew Borg-Cardona: A handbook for activists

Thank you Andrew Borg-Cardona. We as activists have to reclaim the public space this government has encroached on. We’ve come to the point that whilst we tip-toe around the authorities to ensure no sensibilities are even slightly offended, a policeman has this week actually physically blocked a journalist from taking pictures. Policemen have removed protest banners instants after they were put up with no basis at law. If we are not free to protest, we are not free at all. Here’s some useful advice on whether ‘it is legal’. 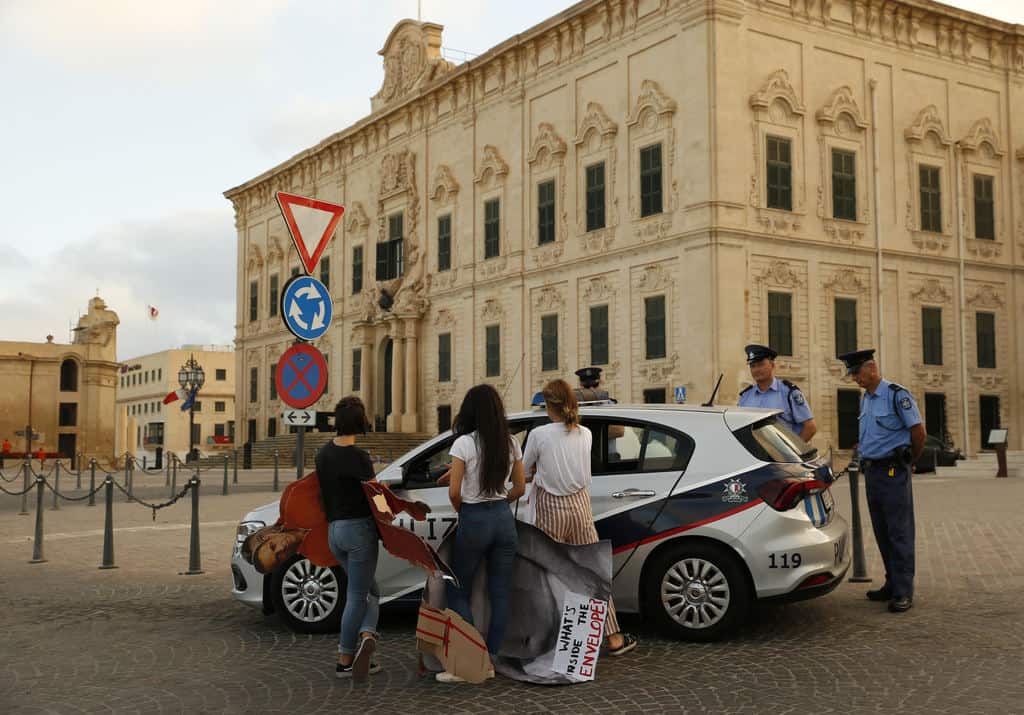 On occasion, questions are asked by people taking part in activities that classify them as activists. They ask about the extent to which the forces of law and order – the Police, basically – can interfere with their plans or react to them.

There’s no single answer to most of the questions, much depends on the way the cop(s) concerned choose to act. Back in the day (way, way back, we’re talking 1975ish here) when I and others from Tal-Qroqq were having fun and games with the boys in blue, the cops would tend towards the heavy hand, rather than the light touch.

It was assumed that if you are raising your head against ‘the man’, you must expect it to be whacked and your collar felt. And it wasn’t only the cops who were enthusiastic in the defence of Mintoff’s regime, they were given valiant help by thugs not wearing a uniform.

But that was then, this is now.

Now the cops are not – generally speaking – wilfully dumb enough to throttle opposition (yes, small ‘o’, the one with the big ‘O’ isn’t part of this story) The cops on the ground – idiots who try to obstruct photographers aside – have clearly taken on board the real nature of their role, which is to keep order. Their bosses haven’t taken on board their role to investigate and prosecute corruption and worse, but that’s a whole other story.

This having been said, there has been some creaking at the seams, some indicators that some cops would rather take a more pro-active stance in protecting the interests of the Government. I suppose the incessant droning from the MLP in Government that anyone who opposes them is a traitor and doesn’t love Malta is having a bit of an effect, and you don’t want to ignore the stark fact that some bad apples actually owe their position to the MLP in Government.

So perhaps a quick look at the landscape might be in order.

This means that even if the cops are crazy enough to lock you up and haul you into Court on some charge or other, you’ll probably find that there’s enough of a human rights angle to your case to allow the Court to protect you. Human Rights trump governmental rights (especially occult ones) every time and we don’t have the bleak landscape we operated in between 1971 and 1987.

At least, not as much.

Bear in mind, though, some basic notions, don’t make it over easy for some zealous rozzer to grab the chance to look good with his bosses.

Bear in mind, too, that technology has advanced – assume your phones are an open book and you can be listened to and tracked at the will of the Security Service. Whether the MSS would waste its time trying to find out where the next cardboard cut-out of Chris Cardona in the buff is to be planted is debatable but remember, words and phrases that are innocent or just a joke between friends can be taken out of context and used, if not in Court but by some tame media house that loves to lick Governmental bottoms.

Delete those chats, avoid using ambiguous phrases and don’t make it easy for the buggers – use Signal or other more secure apps, not because you’re breaking the law but to annoy the guys trying to listen in.

After having planned a stunt, you’re going to want to carry it out. Assume, that the cops will react quickly, either because they’ve been tipped off or because it doesn’t actually take more than minutes to get from A to B here, if you have flashy blue lights especially.

How can the cops react, then?

To start with, unless you’re causing damage to public or private property, obstructing the public highway or doing something actually illegal, the police can’t really do much to stop you. The folklore has it that if you’re in a group of “x” or “y” or “x+1” or whatever, you’re thereby in breach of the law but this is not the case: you have to be doing something ILLEGAL, alone or in a group.

The thing is, of course, that there are so many by-laws and regulations that there’s a decent chance that you might actually be doing something somewhere that, strictly speaking, you shouldn’t be.

Always remember: hierarchically, human rights beat pettifogging officialdom. So when a cop tells you to stop it, disperse, go away, don’t put that there (even if that is an almost nude Chris Cardona) you are perfectly within your rights to – politely – ask said cop to tell you what the basis for the order is, given that as far as you’re concerned, you’re acting within your rights.

At this point, you’ll probably get told a) give me your identity card and b) you’re disobeying a lawful order.

Your POLITE response can be a) I don’t have to carry an ID card with me at all times (might be an idea not to have one on you) and b) a lawful order can only be a lawful order if it is based on a provision of the law, which takes us neatly back to the original point you were making.

Tempers might start getting frayed by this time, so it’s up to you whether you want to push it or walk away, but at some point you’re going to have to give them your name and address, do bear in mind. And yes, they can photograph you, you’re in a public place, though if you feel intimidated, that’s another human rights violation you can think about raising – and maybe point out to the camera operator.

Politely firm is the trick, hopefully a more senior or practical officer will turn up and let the situation get back to what it should be in an EU country in 2018.

Can the cops remove the Chris Cardona cut-out and cart it off? Technically, no, but in practise, I don’t think it’s advisable to try to wrestle it off them.

A picture of them doing it would give us a great visual, anyway, and just as they’re free to video you, you’re free to video them, though don’t be surprised if things get a big heavy at this point, so you might find yourself kissing your phone goodbye, at least for some time.

Which is why observers at a discreet distance are not a bad thing to have, incidentally.

Let’s take this to what used to be the logical conclusion back in my more active activist days: someone will get arrested.

Don’t resist, it gives the bad cop concerned an excuse to be, well, a bad cop. Don’t call a lawyer, even when they offer you the phone at Police HQ, because if you’ve taken legal advice, your right to silence (do use it…) is compromised. Don’t carry anything that might be used as an excuse to prosecute you, and I do mean anything, such as roll-your-own fags that are subject to misinterpretation, for instance.

Also, don’t panic: since you won’t have done anything that merits it, the likelihood is that – unlike darker days – you won’t be detained longer than a few hours. Anyway, those observers will have tipped off legal back up and calls will be being made.

Bottom-line: don’t worry too much, activism is legal, even if it pushes a few buttons and elbows folk out of their comfort zones. Actually, a proper understanding of the landscape should get you to the point where you can say that it is legal because it pushes buttons and elbows people.

A legal and moral imperative, even.