Frederick Testa is a tagħnalkoller scrounger on the public purse officially ‘cultural liaison officer with the Arts Council in Malta’. He’s there because he’s one of the thugs in the class of Mario Azzopardi that help give Labour its appealing pederastic image.

Here he is out in the comments boards on Facebook saying David Casa should be “thrown out to the dogs” the same week someone else was convicted of inciting people to burn Roberta Metsola alive.

This is what officials of the state, responsible for the promotion of the nation’s culture, and propping up Labour, openly claim should be the fate of politicians who dare challenge the immutability of power of their great Joseph Muscat. 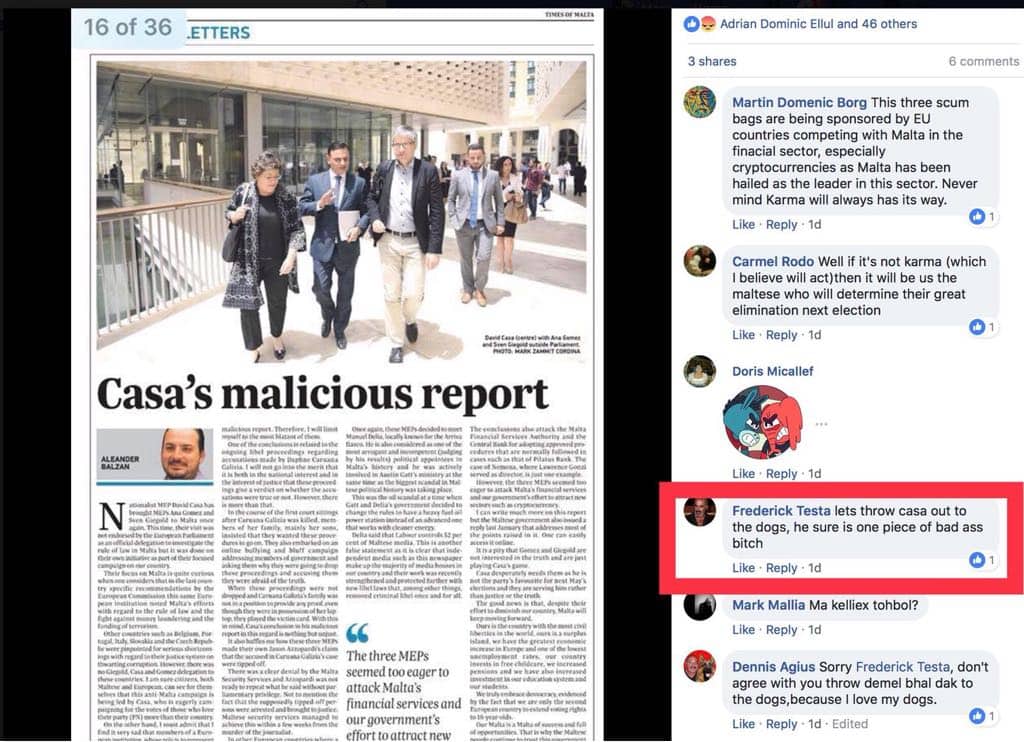 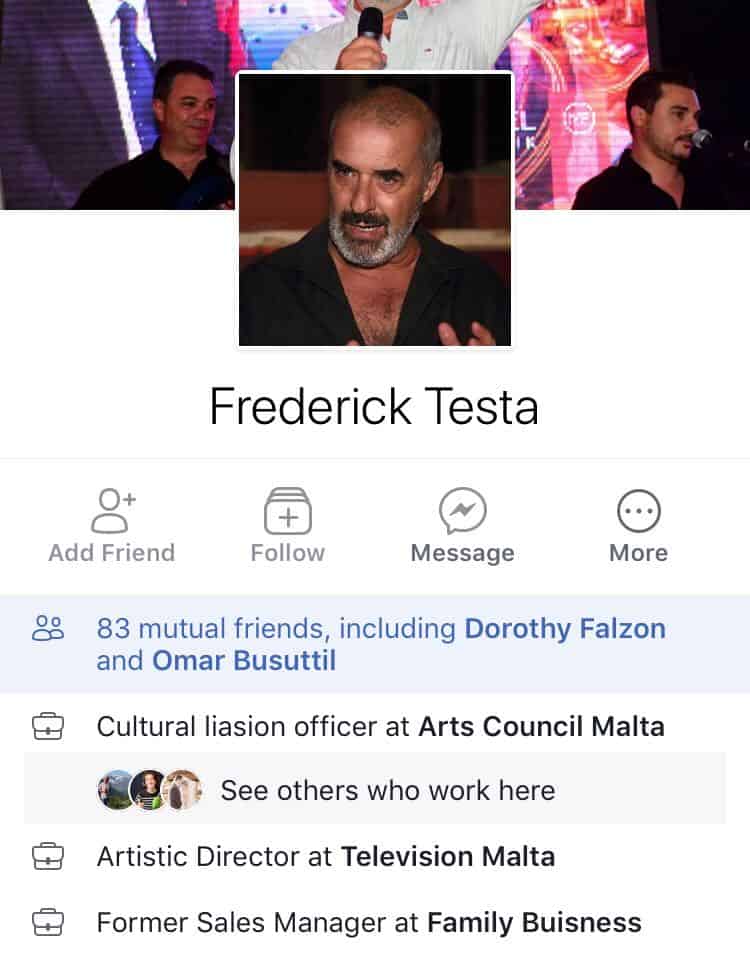 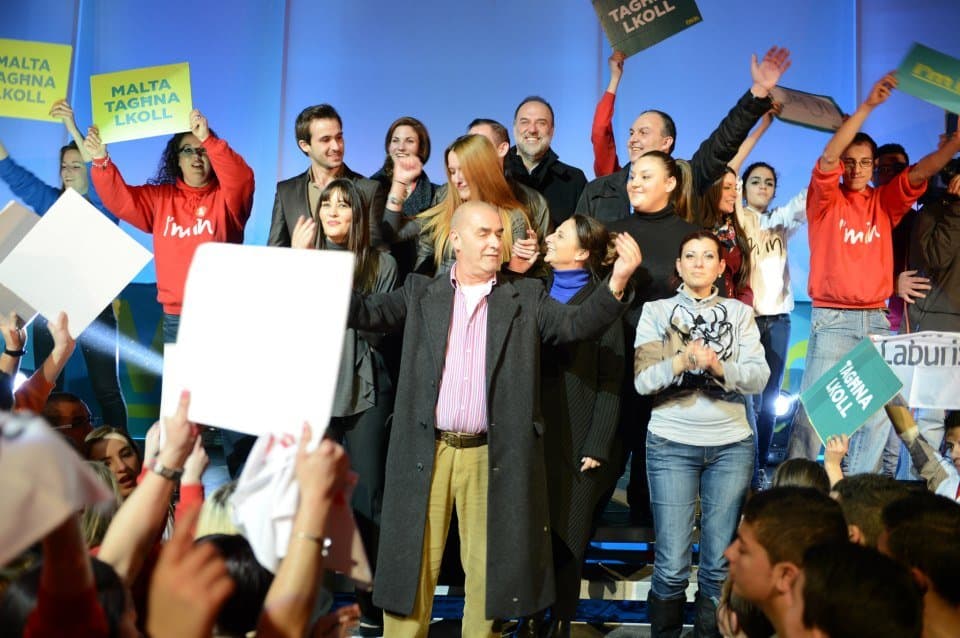 Previous:The hand that seeks to blind you
Next:Andrew Borg-Cardona: A handbook for activists