Cursed by the masses 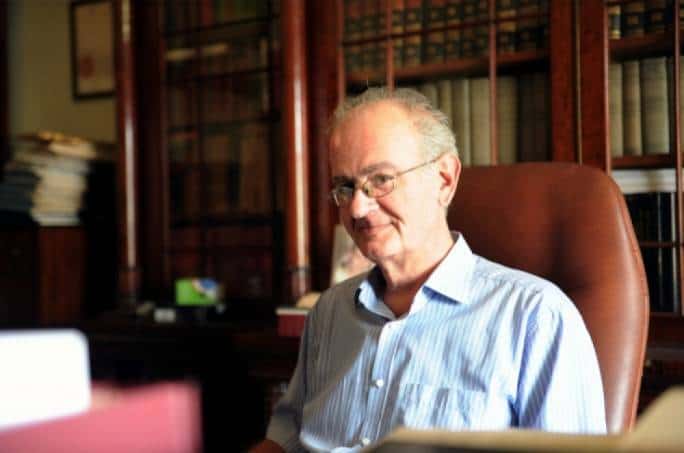 The thing with the post of Philip Sciberras is not just that a judge, even a retired one, should not make manifestly partisan remarks in public. Not for me at least. Nor is it that while he mouths these politically motivated rants the government uses his supposed judicial credentials to conduct politically sensitive inquiries. The wholesale hijack of our institutions by the government should not surprise anyone anymore.

The real issue here as I see it is that disguised in a Mintoffian semitic turn of phrase, is a fascist xenophobia, an irrational nationalism that written in German or Italian would conjure black and white images of very loud and angry discourse in Nuremberg or Piazza Venezia. 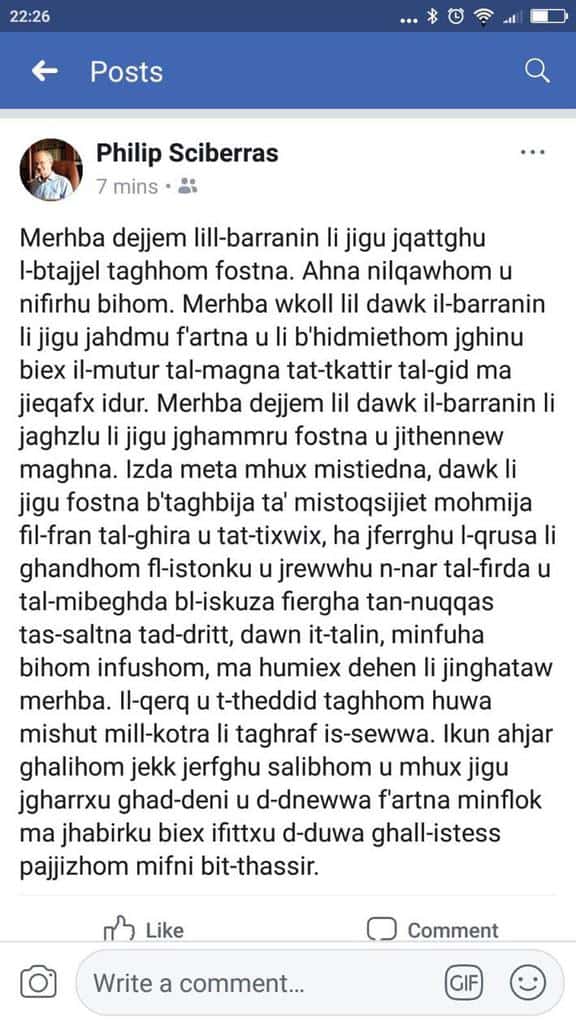 Foreigners are ok if they come here on holiday or if they come to clean our houses or do jobs we don’t want to do or cannot do but make us money in rents and restaurant bills.

But “uninvited foreigners” deserve no welcome.

Notice the choice of terms: “ovens of envy”, “sedition”, “sourness in stomachs”, “fire of hate”, “deception and threats”, “cursed by the masses”, “search for harm”, “digging up the sins of our land”, “their rotten countries”.

He’s talking about Members of the European Parliament sent here on the brief of a Parliament elected directly from voters all over Europe, including Malta, to safeguard the interests of all European citizens and protect them from breaches of the law. Which used to be his job incidentally.

He’s not talking about colonising invading armies. Which is why Mintoffian anti-colonial rhetoric, sometimes but not always misplaced when used by Dom Mintoff, is entirely inappropriate when describing an inquiry by elected officials.

This is nationalistic jingoism, a dangerous xenophobia of separation. It is bred in prejudice and the fallacious assumption that a local view, however provincial, uninformed, incompetent and unprepared, must always be preferred to somebody’s who was not born here.

It is disturbing when fringe right-wing ‘patriots’ mouth this meinkampfian nonsense. But a retired judge, even one as demented, rabid and tribal as Philip Sciberras, brings this rhetoric to the mainstream and legitimises it.

Philip Sciberras does not use his elegant Maltese to impress Sven Giegold or Ana Gomes. He uses it to bring his fascist xenophobia to the mainstream once again, as we must suspect he has done many times before, using the judicial robes he used to wear as a tool for partisan interests rather than as a tool for justice.

The last officials to be tried in Nuremberg were judges and they defended themselves saying they were only enforcing laws others wrote for them. Philip Sciberras doesn’t even have that excuse anymore.