Why did the Councillor cross the road?

The facts as they have been reported are that a construction developer tried to run over a Councillor. The Councillor, who serves in the political minority in Gżira, believes Ivan Stivala, a member of the Malta Developers Association, wanted to hurt him or kill him because he, the Councillor, shared a resident’s Facebook post with photos of Ivan Stivala’s construction works breaking the law.

The Councillor is Jeremy Cardona. His PN colleagues were quick to say they will not be intimidated by contractors who feel their powers are limitless. The Developers Association played the incident down but did acknowledge it would have to take disciplinary action against its member if the facts were confirmed. The entire Gżira Council, led by its Labour Mayor Conrad Borg Manche’ and majority, shut down in protest and sympathy with their colleague in a show of cross-party solidarity.

And now the case has become a police matter.

On RTK this morning I spoke with more Councillors who are having issues with a developer though neither of them has had a car and driver aimed in their general direction.

The Labour Mayor of Pembroke Dean Hili, and the Nationalist Mayor of San Ġiljan Guido Dalli were restating their strong objections to the DB project on the ITS site in St George’s Bay. They spoke from a shared hymn sheet. This is not a partisan matter. This project is a bad idea for residents and their quality of life. It should not happen unless it’s at most halved in scale.

And they both expressed shared frustration that wherever they object, however they argue, no matter what protests they mobilise, developers always have their way. The planning system, they both agreed, is effectively rigged to arrange for a final decision that meets the aspirations of the developers not the community.

Local Councillors of whichever political hue have become mostly an inconvenience, a protest lobby group representing interests stacked up against unbridled and unstoppable development. To generalise on the back of extrapolation from the two episodes would be cartoonish.

Not every development is 37 stories high or as radically transformative of the landscape as to be akin to terraforming. And not every developer would consider using his vehicle as a murder weapon or even as a means of intimidation.

But every day Local Councils fight a disheartening losing battle against the knocking down of this old house, and the conversion of that single domicile into dense apartments, and the industrialisation or intensification of quiet residential areas. Every day Councillors quote policies written twenty years ago or more as basis for their objection, inadequate by design and unrenewed by intent.

The San Ġiljan and Pembroke Mayors referred today to the ditched Master Plan for Paceville, too controversial to be considered. Shelved in draft form it proved useful to developers who acquired permits ‘pending the approval of a future Master Plan whilst objectors had no limits to the policies they could quote.

The partisan sympathies of Councillors fade into the solidarity of futility and frustration.

Labour Councillors know it is Labour Ministers who shelve planning policy renewals and sign back-door agreements like the handing over of the precious ITS site for unacceptably discounted pricing, effectively sealing the fate of the site before plans were even public.

Nationalist Councillors know the PN is hosting yet another party at a DB facility in the next few days — Robert Arrigo just called for one — and when policies are so intentionally archaic, the possible implication of Adrian Delia’s commitment to back any project that complies with the rules is that he would ultimately back the approval of the DB project in St George’s Bay irather than argue that the policies need renewal to restrain unsustainable development.

Though perhaps academic, something interesting comes out of this. Local Councils may have become very limited forms of government. But even if Councillors are elected on tickets of the political parties, their primary loyalties are clearly to their residents and in a way they take a civic role of campaigning for interests that are neither the interests of government (central government, that is) nor those of big business.

It is less than Local Councils should be but in a country where a developer thinks nothing of literally driving over anyone who stands in their way, it is much needed.

Jeremy Cardona, don’t let this stop you cross the road. 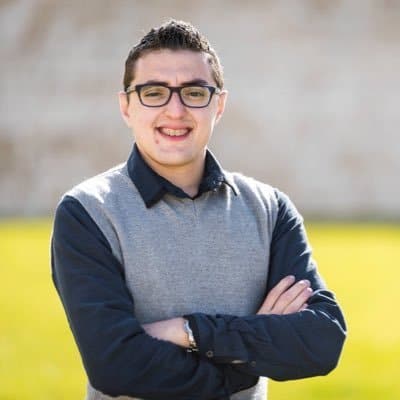 Previous:‘Professor’ Joe Mifsud: Reportedly alive but in hiding on the advice of former Italian home minister
Next:Andrew Borg-Cardona: The offer being made