This is a two-part series by guest author John Vassallo. The second part will be published tomorrow. 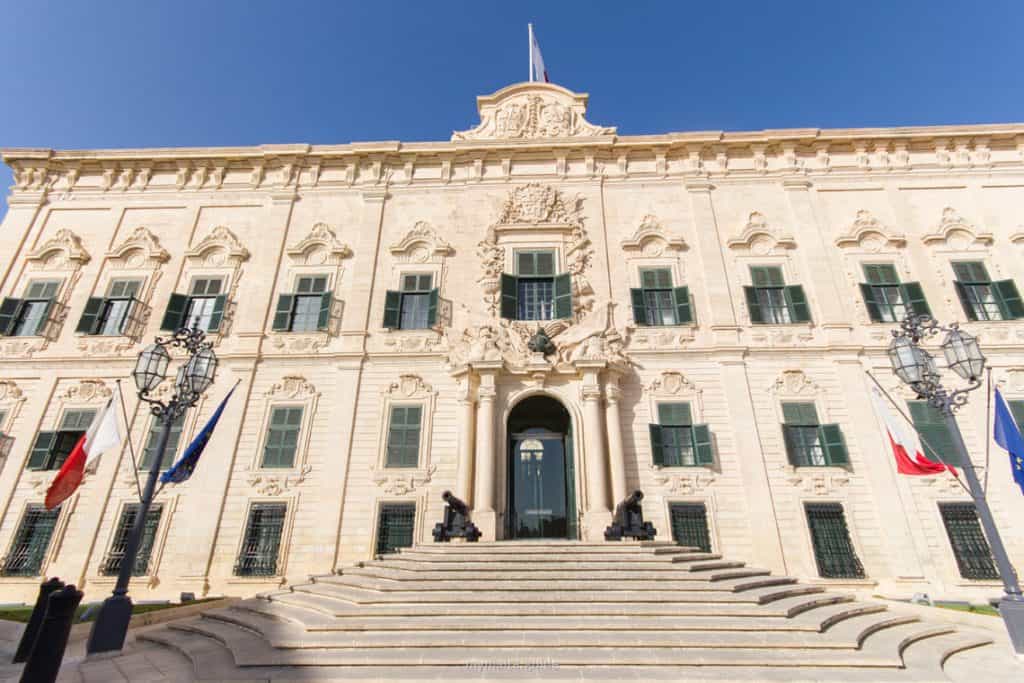 The Enemy Within (1): Traitors in our midst

The recent law suits in the US against advisers, employees and supporters of Donald Trump give a lot of food for thought. This week’s book launch of “FEAR Trump in the Whitehouse” by Bob Woodward of Watergate fame and Deep Throat (the insider giving info to journalists of Nixon’s guilt that finally led to his impeachment and resignation) and the high-ranking White House official’s anonymous op ed in the New York Times could prove to be the beginning of the end of the Trump Global Disaster.

Earlier this year I had been predicting the end of Donald Trump being brought about by the group of elderly Republican Senators, who placed the Rule of Law and the US Constitution above their party allegiance and tribalism. For me, the death of John Mc Cain, the much loved and respected Republican Senator from Arizona, a true friend of Transatlantic Relations and of Europe put an end to that hope.

If only Mc Cain, a man of integrity and patriotism, had been given another year or two of health by the Good Lord, the world may have seen the end of the budding US Dictator. But the ways of the Good Lord are very strange. Sometimes, it seems that villains are allowed to succeed whilst honest combatants for fairness and the Rule of Law are terminated.

What comes to mind are the analogies with our own country where Daphne was terminated so brutally and even in her death, the powers that be have the disgusting and disrespectful invention ( probably considered to be a “makakk” idea by some bright lobbyist) of a new way to eliminate the influence of  the dead journalist and the minority that continues to mourn her, by pretending to urgently need to restore the Victory monument  for eleven months the site of the justice for Daphne protest in Valletta.

All over the world the powers that be continue to benefit from trust by members of their tribe and appear to become richer, more successful by the day whilst keeping all facts and investigations away from the eyes of the public and the press.

Who is the Enemy Within in the US case and at home? Is it the informer, the investigative journalist, the honest politician, the state witness or Trump himself and his closest advisers in the US and the Castille gang in Malta?

Abraham Lincoln’s famous quotation springs to mind; it applies equally to today’s America and to today’s Malta.  “America will never be destroyed from the outside. If we falter and lose our freedoms, it will be because we destroyed ourselves”

But let us examine the teachings of history and of Greek Drama where hubris and dishonesty are usually punished in the longer run and honesty, integrity and fairness usually win in the end. Truth will always emerge however much insiders and brown-nosers continue to fawn and lavish praise. “The country is doing so well. Why rock the boa

Just like here in Malta, Trump and his brown-nosers are all singing from the same satanic verses (note: not from the same hymn book as that would have been blasphemous).

Are the persons who give evidence against their former employer, colleague, friend or political protector in exchange for immunity from criminal action against them or under the guise of anonymity, the villains or the heroes of the plot?

It all depends on which side of the fence the observer stands. If you are Mr Trump or a member of his family or an avid supporter, sycophant or beneficiary of political advantages, you would naturally find these bean spillers to be abhorrent. You will think they are turncoats, liars, cowards or even traitors.

On the other hand , if you are members of the families of these persons turning state witness, in abnormal circumstances, admitting their guilt and exposing the criminal actions of persons who are so high in the hierarchy of power that, under normal circumstances, the latter would be deemed to act honourably at all times and to be above the law in fulfilling the office they have been elected or born to, you would be happy to see your loved one avoiding imprisonment.

If you are an independent observer you have to weigh the benefit to society and to the rule of law by bringing to the light of day the misdeeds or criminal acts of the most powerful and normally untouchable or un-nameable, (l’Innominati), people at the top of the pinnacle of power against the apparent unfairness of granting immunity to persons who have actually participated or even planned the crimes of the great, since these persons are criminals too.

The American courts have found Paul Manafort guilty of money laundering and tax evasion of millions of dollars and of providing services to foreign powers without declaring it. He was discovered and indicted upon evidence given by his closest financial adviser and plotter in setting up these schemes, who, by offering the proof, the email chains and the details of the schemes and also the origin of the bribes and illegal fees hidden from the tax authorities, helped the prosecutors, judges and juries come to the truth and to convict.

The turncoat, the squealer, the whistle-blower was and, rightly so, believed.

When I wrote my articles on the Maltese situation following the publication of parts of the Egrant report, we had not yet had the verdict of the US court in the Manafort case. We now have it. Upon very similar situations of email exchanges and schemes set up to launder money by the principal, Mr Manafort, aided by his adviser Mr Gates, who turned state witness, the jury found Mr Manafort guilty and will send him to prison.

Luckily in the US, they have a Justice system with independent investigators with full powers that even the AG cannot interfere in. Mr Muller has used his powers to grant immunity and to charge the big fish with economic crimes.

Another US case we shall keep our eyes on is that of Ali Sadr, owner of Pilatus Bank, whose case is coming up in November. Here the event being charged concerns money laundering and sanctions breaches.

Could we imagine Mr Sadr being granted immunity by the US authorities if he were to give evidence in the many other schemes that his bank or his business companions have been involved with in the last twenty odd years? Many a big fish in Iran, Azerbaijan, Malta, Cyprus and other jurisdictions would tremble.  I suspect not, since, in the Sadr case he is the big fish the authorities want to punish. He is not the smaller fish being placed on the hook, like a worm, to catch the larger fish. The big fish in the Sadr case happen to be outside the US, are not US citizens, and therefore less interesting to the US authorities.

Yet, had the Maltese police investigators or the AG, been interested in co-ordinating their efforts with the US investigators we would advance much more quickly in the search for the truth in our own country instead of the snail’s pace or even the sweeping under the carpet approach being adopted here in the numerous scandals or allegations of the last four years.

The Manafort case is concerned with the bigger fish, being Donald Trump himself. That financial transactions that break election financing and money laundering and tax evasions were the basis for Mr Muller’s case against Manafort is a hint to Mr Trump that soon Mr Muller will begin to investigate the Trump business and private financial transactions. This is also evident from the fact that Mr Cohen, Donald Trump’s private lawyer and fixer has already been charged and given immunity in exchange for evidence on election financing crimes. As soon as that case is brought to justice we will find out more of what the principal, Mr Trump, has been up to before being elected.

Last week the Chief Financial Officer of the Trump Group, Mr Weisenberger, has also been granted immunity in exchange for evidence of the Trump Group’s financial transactions. We will only know whether offshore bank accounts, transactions with foreign governments that go against US law, tax evasion schemes, come to light when this evidence is made public or when the President, his family and business colleagues will be charged.

Now in the last few days the anonymous high-ranking insider also turns against his or her principal, the US President, alias The Scourge of the World Order. I am not sure that ridding the world of Trump — in the most recent poll in Germany, now considered as the most frightening threat in the world, ahead of Terrorism and Immigration — will be helpful. The Vice President, who would succeed him, appears to be even more dangerous and frightening for the World Order, as we know it.

Who is the villain in the story? Trump or the investigator? Trump or the turncoat employees and confidantes giving evidence in exchange for immunity from their own guilt? Once again it depends upon which side of the fence one stands. For Trump’s loyal troops, the 30% of the electorate, the mainly white, racist, religiously fanatic Americans living in the rust belt, the former confederate racist states of the South, Trump is the hero who is to be believed at all costs whatever the evidence.

But for the other 60+% of Americans it is obvious that they are relieved that their legal system and rule of law does work despite the underlying threat of mob rule and misuse of power.

The tributes to John McCain by all living US Presidents, except for Trump himself, is evidence that all Americans except the hard-core supporters, show their deep desire and longing for more honest men of integrity at the top of Government. Instead what do we have?

We have a period in the US and in some other countries, including our own, highly reminiscent of the early days of Nazism and Fascism. There is a very urgent need of an awakening of the silent majority to put a stop to these tendencies before it is too late.

In 1930 Italy and Germany the reaction came too late. Are we as stupid today as our grandparents were yesterday? Do we not relearn the lessons of history?

Previous:Court action for freedom of speech
Next:How negative is your reading?