Neil Falzon, who runs the Aditus Foundation said yesterday his NGO is “not asking for too much, just for the peace of mind that we still live in a safe and functioning democracy”. He said that because government’s actions around suppressing the protest in Great Siege Square are “an unacceptable and a clear populist attempt at ignoring basic legal standards”. 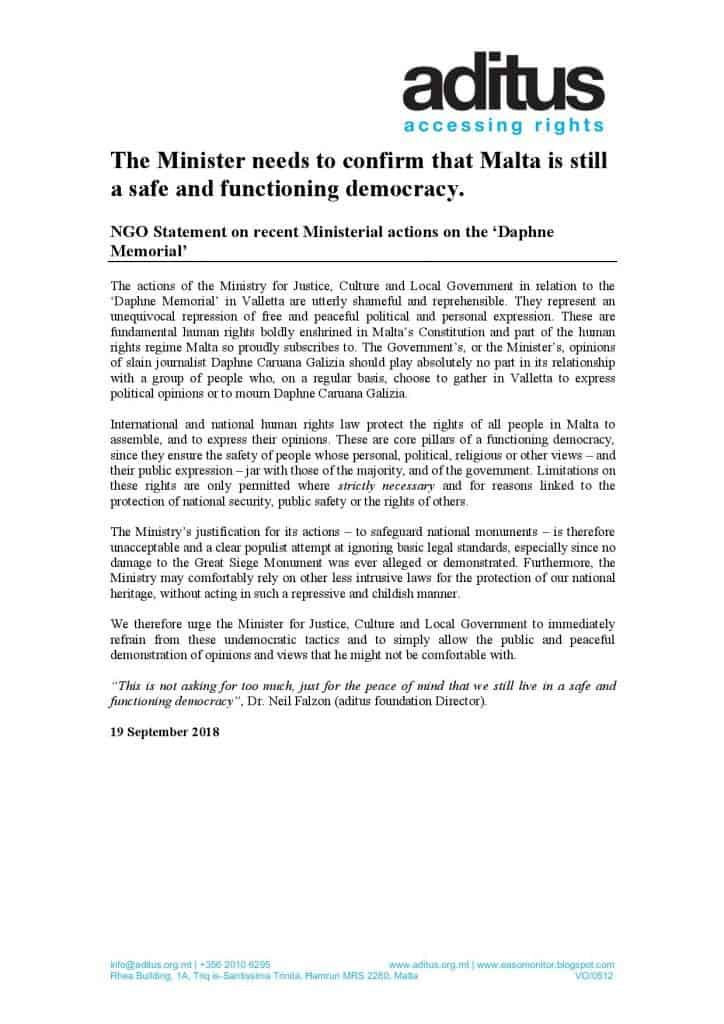 Previous:The PN condemns Owen Bonnici and suppression of freedom of expression
Next:Italian anti-mafia journalist calls for colleagues to come to Malta and join protest in October