Here’s the statement by #Occupyjustice at their action at the Justice Ministry. 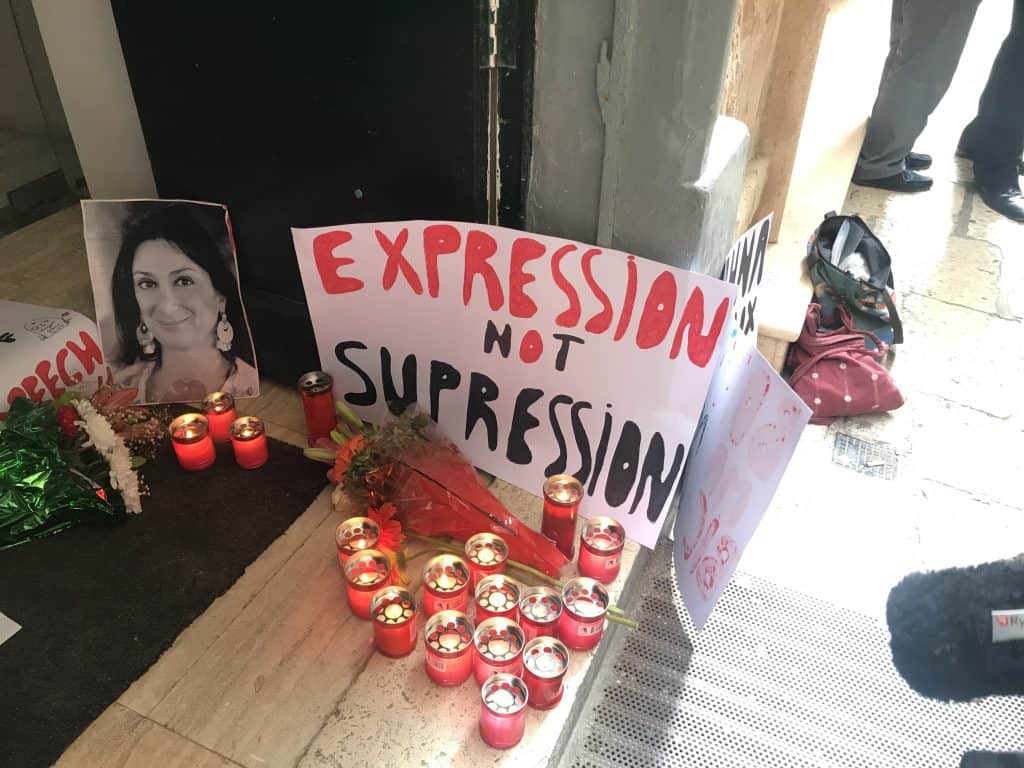 We came here today, in front of the Ministry of Justice to lay flowers, candles and handmade ‘in memoriam’ notes, because this is the place where freedom of speech has come to die.

The Minister of Justice whose prime duty, as an elected Member of Parliament, is to uphold freedom of speech in the country, sits here, in this building, in his office and gives order for a systematic cleansing of people’s voices.

Here, on this very doorstep dies the last semblance of a democracy.

Through the Ministry of Justice, the government has swept clean, time and time again, the peaceful tokens by which we protest against the corruption and impunity in this country: flowers, candles and banners.

The boarding up of our makeshift memorial set up spontaneously at the foot of the Great Siege monument in front of the Law Courts as a daily reminder that there is no rule of law in Malta, is nothing but an attempt to blatantly suppress freedom of speech.

Sending government employees from the Cleansing Department at 3am in the morning is the most bizarre thing. This is nothing but suppression of expression, an erosion of democratic rights.

These things do not happen in a European Union country.

This is about censorship.

And in the words of Minister Owen Bonnici himself: “Censorship hurts. Always. It’s bad. This is wrong.”

But clearly he does not practice what he preaches, and prefers to reach out for the broom instead.

Eleven months on we still do not know who commissioned the killing of Daphne Caruana Galizia and there is not even a semblance of a search for an answer.

Prime Minister, no boarded up monuments will make us forget what happened, and nothing will blind us to the erosion of democracy in this country. No barriers will make us stop our quest for truth, justice and freedom.