Read here Owen Bonnici’s case for the prosecution against the crime of public protest.

No one is seeking to ‘appropriate’ the Great Siege Memorial. Using big words does not make the speaker any less ridiculous. I didn’t see anyone taking the Great Siege Memorial home. I didn’t see any one of the protesters in Paris after the Bataclan massacre seeking to ‘appropriate’ the monument to the French Republic in Place de la Republique. Nor did they ask for a permit to put flowers and protest signs there. Nor did the city remove the stuff at the end of the day. The city put guards on that makeshift memorial to make sure hotheads who disagreed with protesters did not damage the mementoes left by them. 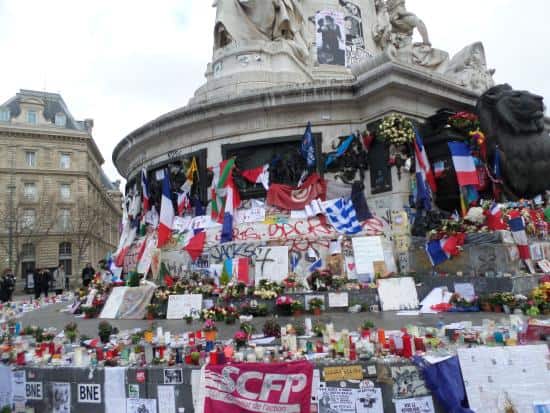 Owen Bonnici is not living in a democracy nor is he a Justice Minister in one. Nor is he for that matter a Culture Minister of a democracy where he would otherwise be the most vigilant defender of free speech. Nor does he appear to understand what free speech is.

He told one of the journalists ‘Manuel Delia took protesters to his Ministry’ which, as he sees it, proves there is free speech. What an utterly idiotic remark that is. People protesting for free speech are not taken anywhere by anyone. These are people who protest precisely because they refuse to have their minds bent by prime ministers and politicians. They’re not going to have Manuel Delia bend them to his will.

Just because Owen Bonnici feels his testicles clench when he sees his pathetic mug on a post I write, it does not mean that anyone else would be willing to do anything I suggest if they are inclined to disagree with it. That’s just what he does at his Joseph’s bidding.

Owen Bonnici must understand the demand for justice and truth is not a product of some activist’s or some blogger’s (dead or alive) persuasive abilities. He may be shocked to learn that the overwhelming wave of power and influence of party propaganda that has made his own weak will its tool does not sway everyone. There still are people with independent minds capable of saying no to the Great Joseph without anyone telling them to.

The flowers and candles in front of the court were not started by activists. That’s as far from truth as anything could possibly be. Daphne Caruana Galizia was killed on 16th October. That same evening one of her sons and her husband were dragged to court and made to shuffle around in the presence of Chris Cardona and Keith Schembri by that excuse for a judge, then still magistrate, Consuelo Scerri Herrera.

Two days later they had to be back in court defending as heirs to their mother the vicious law suit filed against her by Chris Cardona. Their mother was killed before she recovered from the financial and legal torment he inflicted on her. Over what we knew then and know even more now to be a complete lie, her sons still at their rawest pain, were dragged again to court not to be given justice but to see the institutions of the state deny them justice.

They walked outside the court building with some friends and left some flowers on the Great Siege Memorial in pain and in anger, in remembrance and in protest. Some of us felt they should not be left alone.

As the prime minister flew off to Dubai to sell passports as if nothing has happened under his watch, as he smirked to the camera on CNN in barely suppressed delight, as the campaign to establish the acceptance that the murder of a journalist was nothing to make a huge fuss about, a few of us thought this was not right.

The example really started with schoolchildren whose intuition and sincerity trumps the compromises adults make. San Anton schoolchildren went on the Great Siege memorial to tell Daphne’s family they wanted to carry for them some of their pain. They left them cards and flowers and messages of support and sympathy.

Then others, impressed by the example of children, followed them and did the same, that first week after the murder and every day since then. That’s not activists, Owen Bonnici. That’s people. Activists protect the memorial. It is people who protest. We organise, yes. But people come of their own free will. The free will you cannot abide.

Owen Bonnici says once a public event is over the organisers are obliged to clean up. This is no rock concert or street party. The event is not over when flowers are laid and the layer walks away from the site. When Joseph Muscat visits his predecessors’ memorials to lay flowers on their birthdays he does not pick the flowers up before he walks away.

That’s just not how it works.

Owen Bonnici has lost patience with the anger, the grief, the frustration and the protest. He now calls it ‘appropriation’ which is legalese for stealing. We are accused of stealing the Great Siege Memorial because its plinth hosted the protest demanding justice.

But he did not make that argument in a court of law. He had every opportunity to do so. I gave it to him when I asked the court’s protection from his abusive orders to have our protest censored and wiped out. The court ordered him to reply but instead, in the dead of night, he wiped out the protest twice over taking the mementoes left by people to court as evidence of some sort of crime.

Facetiously he told the press that I could collect them from there if I wanted to. But he didn’t tell them that I would now have to prove that every one of those wilted flowers and every one of those burnt out candles actually belongs to me.

I can do no such thing even if I wanted to. People did that and Owen Bonnici took them away. And Owen Bonnici ignored the court’s order to explain his intentions and why in his opinion I was not justified to ask that he did not remove them.

Instead he went to the press accusing me of being a mind-bending robber of public memorials.

This is worse than censorship, which in any case Owen Bonnici is manifestly guilty of. Owen Bonnici now moves to personalise the attack, focusing the pressure on me because in his mind I am some sort of front man for this. The protest for truth and justice cannot suffer because of my obvious vulnerabilities.

Owen Bonnici’s trolls say I should not speak because I used to be in the PN, or because their bus came unacceptably late one summer eight years ago, or because I’m fat. All those are true but they are all irrelevant to the free thoughts and expressions of that person I never met and never spoke to who came Sunday and brought a candle she lit demanding that Owen Bonnici, Peter Grech, Keith Arnaud and the rest of them get busy and do their bloody job. She wasn’t thinking of me when she did that. She was thinking of them.

And whatever Owen Bonnici says about it, I bet she’ll come back and do it again. She won’t be intimidated by the absurd accusation she ‘appropriated’ the Great Siege Memorial. Nor will she chicken out because Owen Bonnici insinuates she dropped wax on the marble plinth.

Incidentally, does wax on a marble plinth constitute the requirement of a ‘restoration project’ or should hot water and a scrub do the trick?