One more thing you must not know 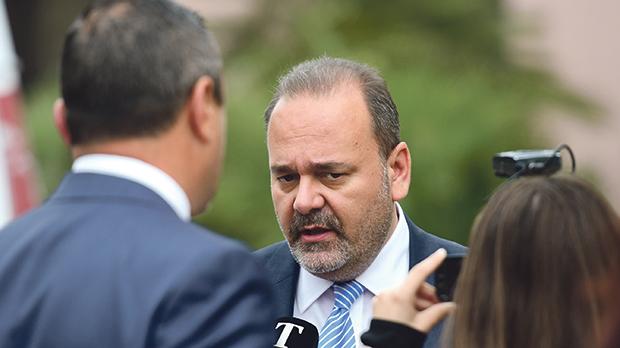 Chris Cardona says the salaries we pay his staffers are a secret we are not entitled to discover. He also told the regulator he will not be sharing with him this secret in order to assess, according to the law, whether we should know.

Chris Cardona makes a mockery of freedom of information law. He pays his advisors in deals that are kept hidden, reversing years of open and transparent governance before he and his colleagues came to power. He ignores questions from the press and defies regulators.

Of course he does that. A child who gets away with one thing, will do worse next time. He got away with using the law to financially paralyse a journalist over what his decision to withdraw the brothelgate libel demonstrates was his own lie.

But what fascinates me is how blind trolls manage to be to the things that happen around them.

Whenever I raise my head in what they perceive to be impertinence I’m ‘challenged’ to declare how much money I made “minn tal-Arriva”. There seems to be confusion that I worked for the bus concessionnaire whilst also working for the government. People assume the conflicts of interest they are used to today where acceptable back then. Of course they were not.

I was an advisor to a government Minister and my salary was a matter of public record. My contract was tabled in Parliament as were the contracts of all Minister’s advisors. Private work was unimaginable and strictly forbidden. As was any participation in the selection of public contracts. I did not meet Arriva at all between their first response to a call for interest until after they initialled a contract with the government. My political role precluded me from choosing, negotiating or even meeting socially anyone connected with them or their competitors.

What a contrast with Joe Mizzi flying to meet contractors in their own offices while bidding was still open.

The complete separation between politics and purchasing was true of every contract I was involved in, in 15 years of government.

And unlike Chris Cardona’s advisors’, my income was public knowledge and my contract is still accessible in the Parliamentary records.

The fact of the matter is when people choose to be blind to facts, transparency in public administration is wasted on them. They actually prefer the obscurity so they can boil everything down in the moral equivalency which swishes around in their mind.

Chris Cardona refusing to answer Times of Malta’s questions on how much tax payers pay his advisors is a vortex of secrecy, collusion and tax-payer funded corruption.

I don’t know if their salaries are reasonable for the work they do and the experience they bring. For all I know, they’re underpaid. But the whole point is I don’t know and you don’t know. And we’re not allowed to know.

This was never a secret matter. It has become a secret matter since a Minister who is secretive about where he spends his evenings when he travels on business, that travelled extensively and frequently at the public’s expense with nothing to show for the money and the time, that drained minibars in hotels and put the bill on the exchequer, that has been seen often unable to stand in bars during office hours, decided this is one other thing about him that you must pay for but ask no more.

Previous:Guest Post: Theatre of the Absurd in Malta
Next:30 Italian journalists issue appeal to colleagues to join them at Malta gathering on 16th October