The reports of Peter Grech testifying in Adrian Delia’s case against him for not giving him a full copy of the Egrant inquiry are like a dive in a boiling cauldron yet uncooled with a baboon’s blood. 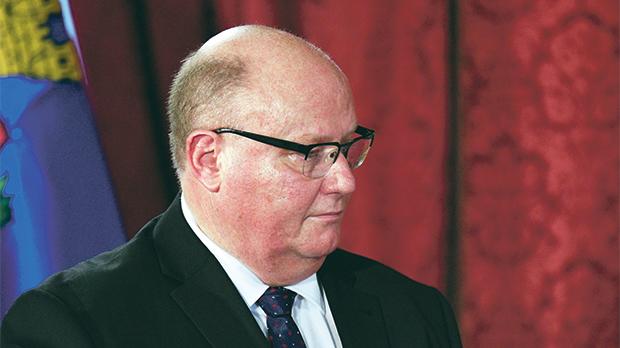 I know that with time I have grown impatient with Peter Grech’s obsequious squishiness. But today has been truly special.

There he stood on the stand squirming through justifying his own judgement calls.

The real point at issue is less why Peter Grech refused to give a fully copy of the Egrant report to the leader of the opposition and more why he decided to give one to the prime minister.

Quoting Times of Malta’s report: “Dr Grech explained that his main consideration when handing over the full copy to the Prime Minister lay in the fact that the latter had tied his political office to the outcome of the inquiry.”

There, in one stark statement, is a public confession that the Attorney General’s decision was not based on legal considerations or considerations of public order or the pursuit of justice or the national interest: but on the political interests of Joseph Muscat.

Joseph Muscat, poor man, had a lot politically and personally at stake. And Peter Grech applied the discretion that the law gives him to share with Joseph Muscat a document which, by Peter Grech’s own account, Peter Grech had not yet seen.

He would eventually withhold access to the document from anyone else, concerned about third party confidential information contained in the report. But he felt no such qualms where the prime minister was concerned.

Only someone who considers the prime minister as his political master, and not a person who like any other is subject to the law, would decide on this basis.

The political fortunes of Joseph Muscat should have been an irrelevant consideration in the decision of the Attorney General. As it should have been, and one hopes was, irrelevant in the considerations made by Aaron Bugeja, Lawrence Cutajar, Kenneth Farrugia and all those people out there the constitution and the laws of the land provides for to take decisions without fear or favour of and to anyone, including Joseph Muscat.

Then there’s the other piece of information that Peter Grech shared today which adds spice to the soup of collusion, incest and subterfuge perpetrated by the gang that has kidnapped the institutions of this country.

The Minister for Justice called the Attorney General and demanded he be handed over sealed and secret documentation he had no right to see because, apart from being his Minister, he was also the personal lawyer of Joseph Muscat, the subject of those sealed documents and incidentally the boss of him.

What utter contempt for borders and limits these people have. The Minister for Justice, expected at law to ensure that justice is not inhibited and that it is exercised without bias irrespective of who it is acting upon, becomes, while in office, the attorney for persons of interest in an inquiry into criminal acts.

I’m your Minister, but I’m also the lawyer for the persons on whom you are supposed, as Attorney General, to decide, freely and without influence, whether they should be made subject to prosecution or further investigation.

Am I the only one screaming from the top of my lungs at this mediaeval barbarity? Peter Grech is a spineless, shrivelled germ. If he had any self-respect he would have told Owen Bonnici to fuck off in the corner and write a 100 times ‘I must not keep a private practice while serving as Justice Minister’.

If he knew his job he would have told the prime minister to hold his horses and if Joseph Muscat is to spray his shorts with excitement for his absolution he must do so after the Attorney General has taken the time he needs to read the inquiry and decide whether any further action is desirable.

Like the whipping boy of a school yard gang though, he feels strong enough to stick his tongue out at the opposition leader because by the time, by some miracle, Adrian Delia becomes prime minister, Peter Grech will be safely ensconced in his judgeship.

Or, as is fashionable these days with judges dodging political heat, he’ll sit around waiting for his retirement and the cool breeze on a grassy meadow.

Previous:The Dark Tower
Next:CORRECTION: You can buy a 33rd floor apartment in Pembroke for €10 million