One of the candles

Look at the candle in the foreground of this picture. It is one of the few that you can see that is not a classic votive red candles like most of the others flickering around it. It is a bit out of focus but you can figure out a picture of Martin Luther on the candle. 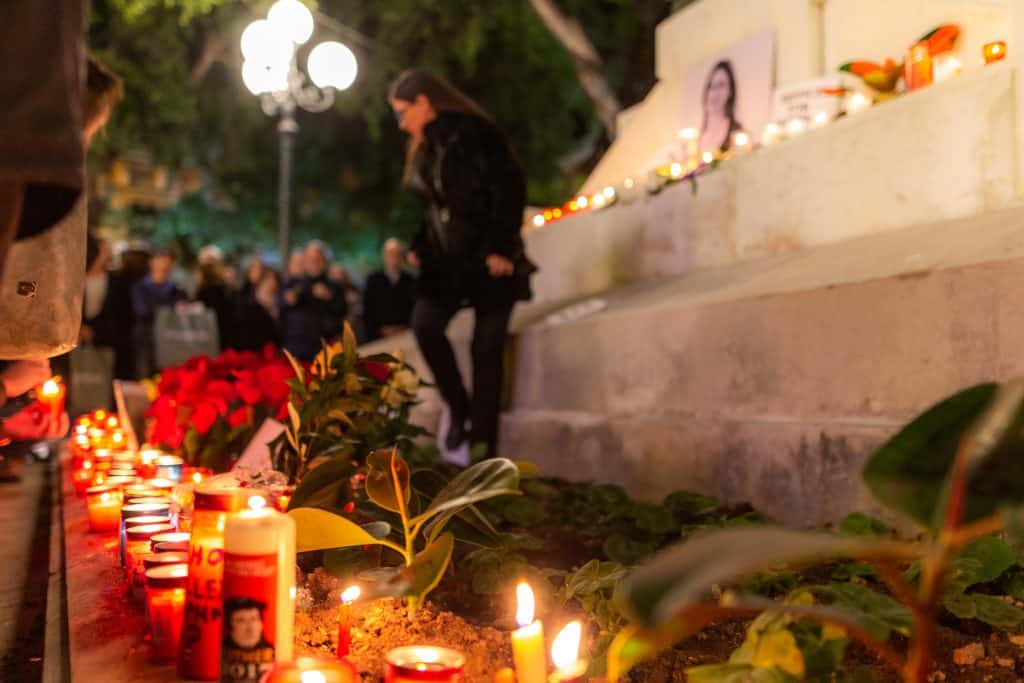 Someone attending yesterday’s vigil brought that candle from the Nikolaikirche, one of the major churches of central Leipzig in Germany.

Between 25 September 1989 and the 22 April 1991, protesters met in that church on 42 Monday evenings for what they called Montagsdemonstrationen — Monday demonstrations — gathering spontaneously in the Lutheran church to demand democratic rights in the German Democratic Republic. The DDR was as democratic as our Permanent Secretaries are Permanent.

The demonstrations started gathering a few hundred people, not unlike yesterday’s event in Valletta. Eventually, the marchers gathered in the tens of thousands.

The message on the candle says “It all began with the Word”.

It surprises no one that a flickering candle in the dark strikes terror in the heart of tyrants.