The warning from Venice 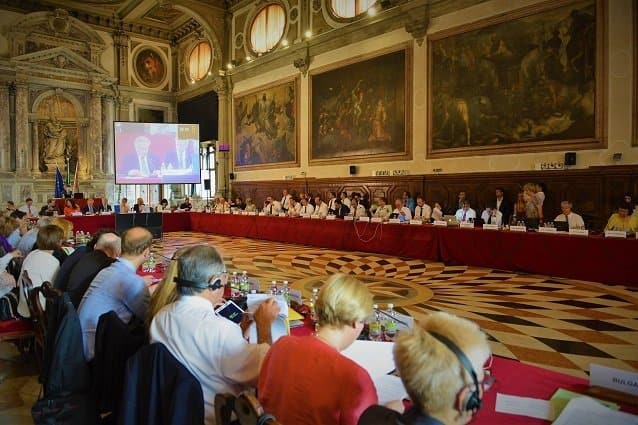 The press is reporting the findings of the Venice Commission into the state of play in Malta and it is also reporting, as it expected to do, the government’s reactions to it. The facile answer from the government is that most of the problems listed by the Commission are in the design of our legal system and are far older than the present administration. And that the Commission found initiatives by the present government to have been steps in the right direction.

That is only a compliment on the surface.

Consider how the Venice Commission is appalled that Malta still appoints its judges in a Whatsapp exchange between the Prime Minister and his Justice Minister. That has been the system since Independence (though messengers were involved back then). No government changed it. So the first part of the government’s reaction is technically accurate.

The Venice Commission finds fault in the method of appointment of judges. It does not assess what historically different governments did with that method. It was not in its remit to assess how this government fished its nominees to the bench in the list of failed political candidates of the Labour Party. They didn’t assess the promotion of Consuelo Scerri Herrera. Because the Venice Commission looks at laws not at the mess governments make of them.

They also said that it is a good thing there now is some sort of committee to assess judicial appointments. It’s certainly better in theory than not having one at all. In that limited way it is, diplomatically speaking, a step in the right direction. But the appointments committee has in no way chipped the exclusive authority of the Prime Minister in making the final decision on who gets made judge.

The Venice Commission called the reform “insufficient”. The rest of us can call it by its proper name: a farce.

Same with the Venice Commission’s observations about the “problematic” conflation of the two roles of prosecutor and counsel to the government in the office of the Attorney General. The government is right in saying that it has inherited that system from the days of Independence and while our former colonial masters threw away the template over time, we’re stuck with it.

But what the Venice Commission does not go into is why this problem is more pressing now than it ever was: that it’s no longer an academic ambiguity but a veritable obstruction to justice. It is only now that the government officials the Attorney General is counsel to are real and proper suspects of crime any prosecutor should be gunning hard for right now.

Another one: part-time Parliamentarians paid a pittance. That’s also always been the case and it’s always been a weakness that our legislative branch is in effect without any of the resources it needs to keep the executive in check, which is the proper role of Parliament.

What is completely new is the fact that this government has put its backbench MPs on the executive’s payroll making their livelihood contingent on their vote in support of the government. This is an appalling perversion of the Westminster model and the transformation of a constitutional weakness (the conflation of the executive branch with the majority in the legislative branch) to the point of blackmail.

The Venice Commission’s job was not to set the context for us. Remember how it came into this. The Council of Europe’s justice committee wanted to try to understand how Daphne Caruana Galizia gets to end up blown up in her car and even at first glance they found the problems are complex and multi-layered.

Some of those problems reside in the deep-seated weaknesses of our constitutional make-up. But not just that: more importantly the problems lie in the way Joseph Muscat’s government exploits those weaknesses to pursue corrupt and criminal ends.

The Venice Commission reviews countries’ basic laws and structures and tells them what in their design is likely to be conducive to exploitation by non-democratic governments and tyrants.

The Commission made it a point to remark that Malta’s constitutional defects are especially glaring because we don’t have a strong civil society or an independent media to highlight when it is that our institutional weaknesses are being kidnapped by a tyrannical government.

You don’t say. If civil society gets naughty here, trolls are sent to intimidate them, swear at them, scare them and if that doesn’t work beat them in the street in front of their children. And if journalists overstep the limits of tolerance of the powerful and go as far as Daphne Caruana Galizia did, they end up in flames.

What we’re left with is an institutional design that is as old as Capri pants and Winklepickers manipulated by a blockchain fake-news party in government to cover up for criminals in its ranks.

The recommendations of the Venice Commission plot out an agenda for Constitutional reform. But they come with a word of warning. Underneath all our weaknesses in design is our greatest weakness in culture.

It is not just that the prime minister is legally and constitutionally all powerful. Worse than this is that our hero worship of the prime minister or his next potential replacement does not allow us to look at the issues for themselves rather than for how they will make our hero look.

MaltaToday yesterday called yesterday’s statement by Repubblika ‘patronising’ and reported it largely to mock it. It is only the civil society flip-side of their campaigns against independent journalists, first among them Daphne Caruana Galizia whom they revile in death as they did when she was alive.

I mention that because on Republic Day yesterday, Repubblika was the only group of people outside the formal institutional context that actually expressed any form of reflection on what our Republic should look like. Hence, I suppose, the name.

The Venice Commission thinks that the dearth of a strong civil society and independent journalism in this country is really our doom.

This is the warning from Venice. We’ll ignore it.