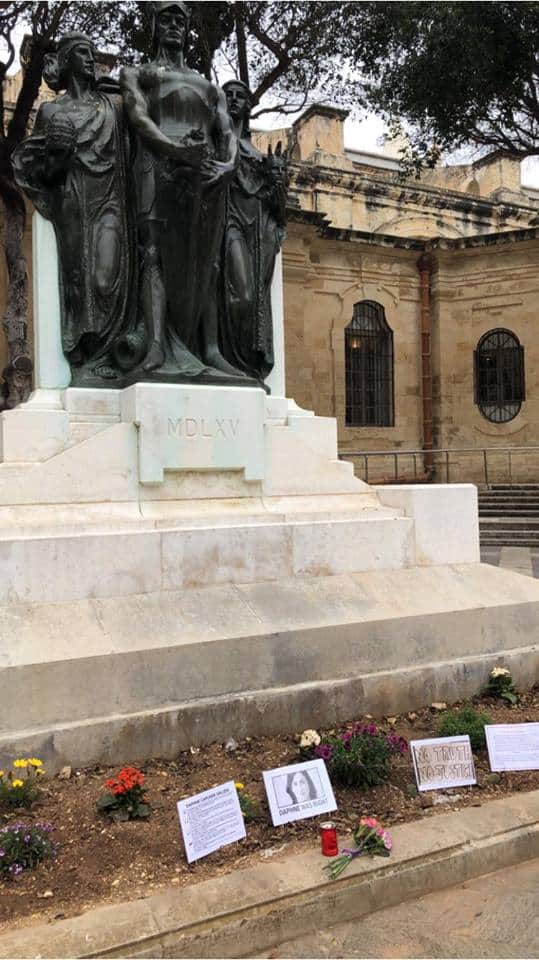 The Magistrates Court today underlined the right of anyone to express themselves freely without fear of physical harm. Magistrate Joe Mifsud was specifically speaking of the right of protesters to lay symbols like flowers and candles at the Great Siege Memorial in protest after the assassination of Daphne Caruana Galizia.

He made the remarks after hearing Santa Luċija couple Helen Cutajar and Paul Cassar admit to threatening and physically assaulting my wife, Clemence Dujardin and breaking her mobile phone at the feet of the Great Siege Memorial on 13 December of last year.

The Magistrate’s comments are very significant.

The remarks acknowledge that laying of flowers and candles is a form of protest and therefore eligible for the protections the State is obliged to give to free expression. “This is their way of expressing themselves,” he said.

The observation should be self-evident but it is currently a matter of dispute in a separate case I filed against the government in the Constitutional Court where I am having to argue that indeed the daily removal of the flowers and candles and messages of protest by government employees is a breach of that right to free expression.

Magistrate Joe Mifsud’s decision is also important because he interpreted the assault on my wife not only an assault on a civil society activist but in a way also an assault on her because of my line of work as a journalist.

The Magistrate indeed extended the protection order given to protect Clemence to me as well.

The Court’s decision and remarks show an encouraging understanding that free speech takes different forms and disagreement does not justify violent retribution. They also show an understanding of the obligation of the State to protect dissenters in civil society and journalists.

It is a message the government should take heed of because its censorship of the Valletta protest is what, in the minds of people like Helen Cutajar and Paul Cassar, justifies the criminal action they admitted to today.

As this post of mine from a day after the incident occurred shows, Helen Cutajar had publicly stated repeatedly her contempt for Daphne Caruana Galizia and her declared wish to show her when she was alive, and anyone who dared regret her assassination when she wasn’t anymore, “what Helen is made of”.

My wife happened to be there the day Helen Cutajar decided to see through her long published threats. One branch of our government, the executive represented by Owen Bonnici egged her on, effectively inciting this sort of behaviour by leading by its own example.

Another branch of government, the judiciary today put its foot down and reminded this sort of behaviour is not acceptable in a democratic society.

When the whole thing was over we walked past Helen Cutajar and Paul Cassar and went back to the Great Siege Memorial where with some friends we left some flowers and candles and continued our protest. 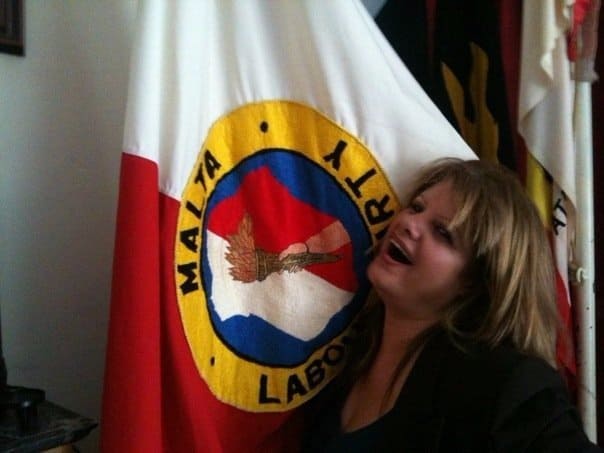