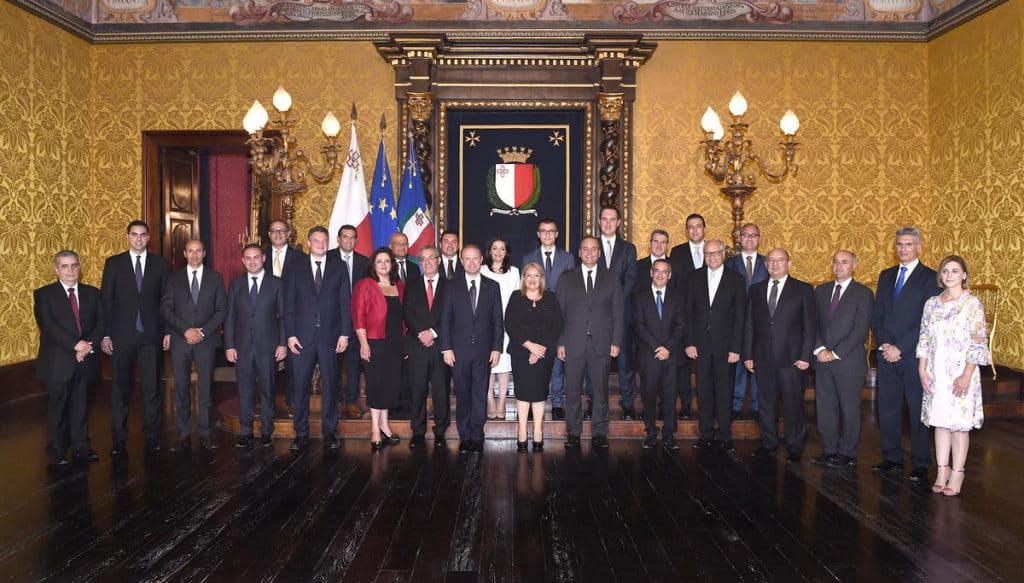 The government — today through Ministers Owen Bonnici, Edward Scicluna and Helena Dalli — is rolling out unopposed the strategy of twisting the Council of Europe reports into Malta, discrediting them and at the same time exploiting them as an opportunity to continue to crush democratic liberties in this country.

Various institutions of the main European human rights organisation have prepared or are preparing reports that the government has done much to try to avoid.

The Council’s committee of experts on the evaluation of anti-money laundering, Moneyval, failed Malta’s compliance with international standards to counter money-laundering and failed the effectiveness of the implementation.

Speaking yesterday Edward Scicluna said these findings were leaked to The Sunday Times of Malta before the exercise was complete and the government had a view of the final report, which is of course entirely irrelevant because Malta’s failure to meet standards is not dependant on what Edward Scicluna might say he thinks about it.

Then there’s the report on the Council’s group of states against corruption (Greco) that was not leaked before completion but the government kept under wraps while it prepared its response strategy.

Owen Bonnici rolled out that strategy yesterday before any of us read the report. There wasn’t really much method to the madness. Owen Bonnici says that the disaster Greco found was caused by laws in place in 1964 and surely this government can’t be blamed for them.

Which is, of course, complete rubbish. Greco reviewed Malta every five years since its inception, way before 2013 when Owen Bonnici came into the scene.

Finally, there’s the Venice Commission report that was the first of the three to be published. The first spin to that report came hours after the Council of Europe first commissioned it. The government lied and said the Venice Commission coming here was its idea. It wasn’t and it tried to resist its dispatch when the Council of Europe’s rapporteur on the Daphne Caruana Galizia case, Pieter Omtzigt (the appointment of whom the government tried to reverse) recommended the Commission is sent to Malta.

Having tried to block the Commission from coming, they have now decided to surf on the crest of the tsunami that risked overwhelming them.

They’re starting with the most painful one that started all this.

Four days after Daphne Caruana Galizia was killed, civil society asked for the Attorney General to resign and the manner of appointing his replacement changed. The government mocked and then ignored this demand, as all others.

The Venice Commission confirmed the situation is absurd. We never had a situation before now where the Attorney General was clearly paralysed from prosecuting his clients — Konrad Mizzi, Keith Schembri, Chris Cardona, you get the drift.

The government realises now it has no choice but to look like it’s doing something so it announced legislation to split up the role of the Attorney General, appointing a dedicated Prosecutor General.

Announcing the change Owen Bonnici said nothing about the manner of the Prosecutor’s appointment. Pressed by Jacob Borg of Times of Malta yesterday he blurted out the confirmation it will still be Joseph Muscat who appoints the Prosecutor General so Malta’s brand spanking new chief prosecutor will be an appointee of a Cabinet of crooks.

Even worse: in place of one senior lawyer in the orbit of the Prime Minister’s “excessive” power (as the Venice Commission described it) we’ll have two, in cases of crimes committed by the government now working for the same person and cancelling each other out.

Peter Grech was too weak-willed to choose between his conflicting loyalties. When we get two appointees of the Prime Minister it doesn’t matter how strong-willed the Prosecutor is, the government’s counsel will be there defending Konrad Mizzi’s and Keith Schembri’s impunity on the same legitimacy of appointment from the Prime Minister.

This is not merely tragic absurdity. It is willful constitutional sabotage.

But Owen Bonnici’s excuse is the Venice Commission did not specifically say how the Prosecutor General should be appointed. The excuse of a prepubescent child in trouble reminding his mother she never told him to rinse the sink after brushing his teeth.

Helena Dalli (why?) steps in this morning on Times of Malta to defend her mates and to bully the PN to support the government’s constitutional amendments. She repeats the line that “the Venice Commission did not raise any concerns with regard to laws introduced by the current Labour administration”.

But of course, it didn’t. It expressed shock and horror at the way the current Labour administration used those laws to render Malta a dysfunctional democracy.

The Venice Commission did not write our Constitutional amendments for us. This is not an Ikea screw-on instruction manual. It diagnosed the profound sickness of this country but it is up to us to work on fixing it.

Instead, the government is using that diagnosis to continue to quash this democracy.

Edward Scicluna’s defence that our anti-money laundering laws are a-ok serves to prove the argument. The laws are fine. It’s the government’s willingness to allow them to be used to make Malta a pirate island that has landed us where we are.

The Council of Europe can’t fix that.