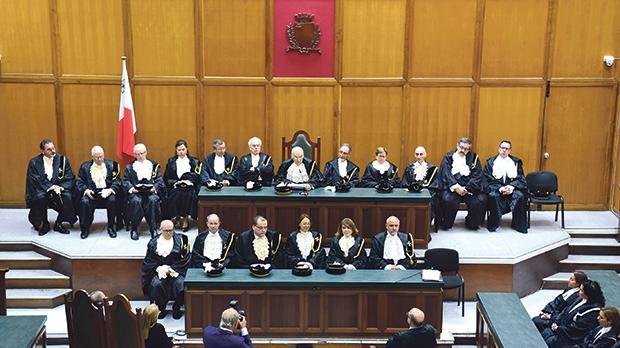 Repubblika filed a judicial protest in Court demanding the government freezes appointments to, and promotions in, the judiciary until measures to ensure judicial independence are properly introduced.

Judicial independence is not just a right for judges. It is a human right of all of us, protected by the European Convention, that guarantees us fair hearing protected from political interference.

The Council of Europe’s Venice Commission found the government’s 2016 reforms to judicial appointments “a step in the right direction, but fall short of ensuring judicial independence. Further steps are required. The principle of independence of the judiciary requires that the selection of judges and magistrates be made upon merit and any undue political influence should be excluded”.

The Venice Commission said “the Prime Minister should not have the power to influence the appointment of Judges and Magistrates. This would open the door to potential political influence, which is not compatible with modern notions of independence of the judiciary.”

Since 2013 the government has stuffed the bench with political appointees, many of them veterans of careers in the Labour Party. It reversed an extension to the pension age of judges to accelerate the replacement of incumbents.

Our Constitution provides that Malta is a democracy and there can be no democracy without judicial independence.

Nor can EU law be fairly enforced or other member states of the EU rely on Malta’s Courts to independently implement European law according to the uniformly objective standards expected of all Courts in Europe. That is why the failure to guarantee judicial independence is a breach of European law and we are reminding the Courts they can — and should — seek a ruling from the European Court of Justice on this matter.

The European Court of Justice is considering the similar case of Poland that has taken measures that restrict judicial independence and the Court has ordered Poland to freeze judicial appointments until it decides on the merits of the issue.

As Repubblika we realise the gravity of our claim. We also expect to be reminded that all Malta’s Prime Ministers of the past have had full discretion in choosing judges. Why complain now?

Because “modern notions of independence of the judiciary,” as the Venice Commission called them, have evolved but the opportunity of a 2016 reform was missed and a system that retains (even legitimises) the full discretion of the Prime Minister was retained. What may have been acceptable in the past, no longer is.

Because the appointments of senior Labour Party politicians, officials, candidates, relatives and cronies since 2013 have been systematic and in their aggregate amount to a conscious and programmatic political interference that has brought about a perceived — likely, real — political and partisan bias in the judiciary.

Because the reform the government has committed to will, if introduced after that balance towards aggregate bias is well and truly tipped, perpetuate the domination of the Labour Party’s partisan interest and damage beyond repair any confidence we can have in the independence of our judiciary.

Since the government has had to acknowledge that a reform is necessary after the Venice Commission report, it should roll out the process of that reform first and allow judicial appointments to be made under a new, fair, democratic and independent system.

We will be told that since the power we are contesting resides with the Prime Minister this is a political matter that should be argued in a political context, not in Court. No doubt it should be debated in the political context as well but we are, as ever, frustrated by the government’s manifest intent of ignoring any view which is not consistent with its hostile take-over of all of Malta’s institutions.

We also think that it is both the duty and the right of the judiciary to protect their own independence. But in order to do so the question has to be put to a Court that a particular action of the Executive branch is crushing their independence. Judges and Magistrates are expected to be guardians of the rule of law but as former Chief Justice Silvio Camilleri said in a now famous speech 18 months ago, they can only enforce the law in cases that are brought to them. 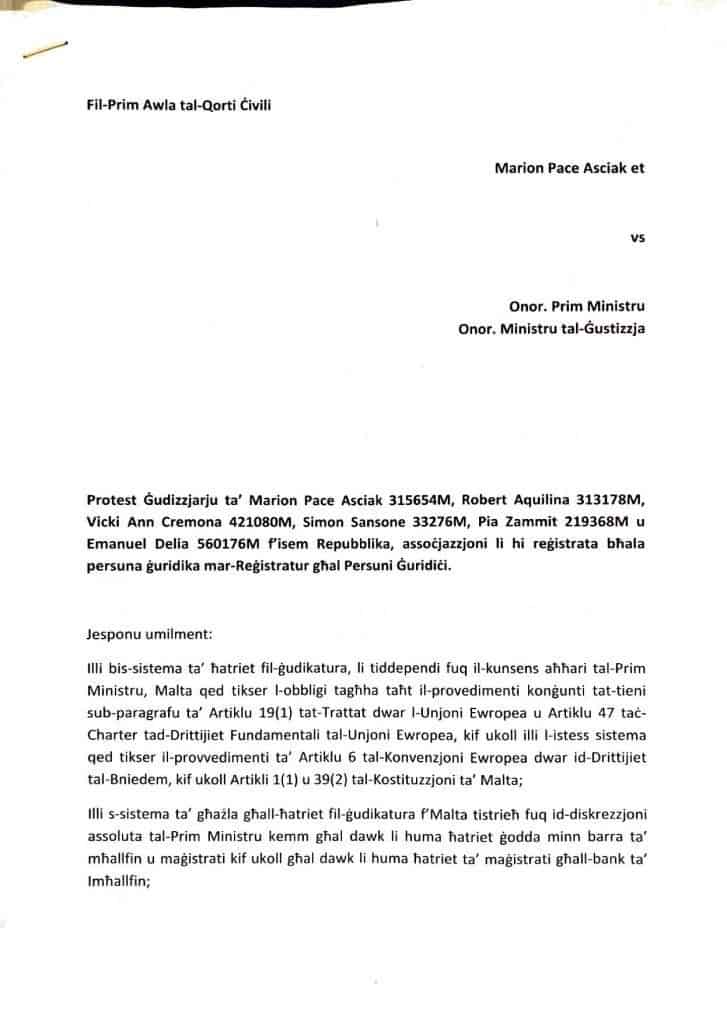 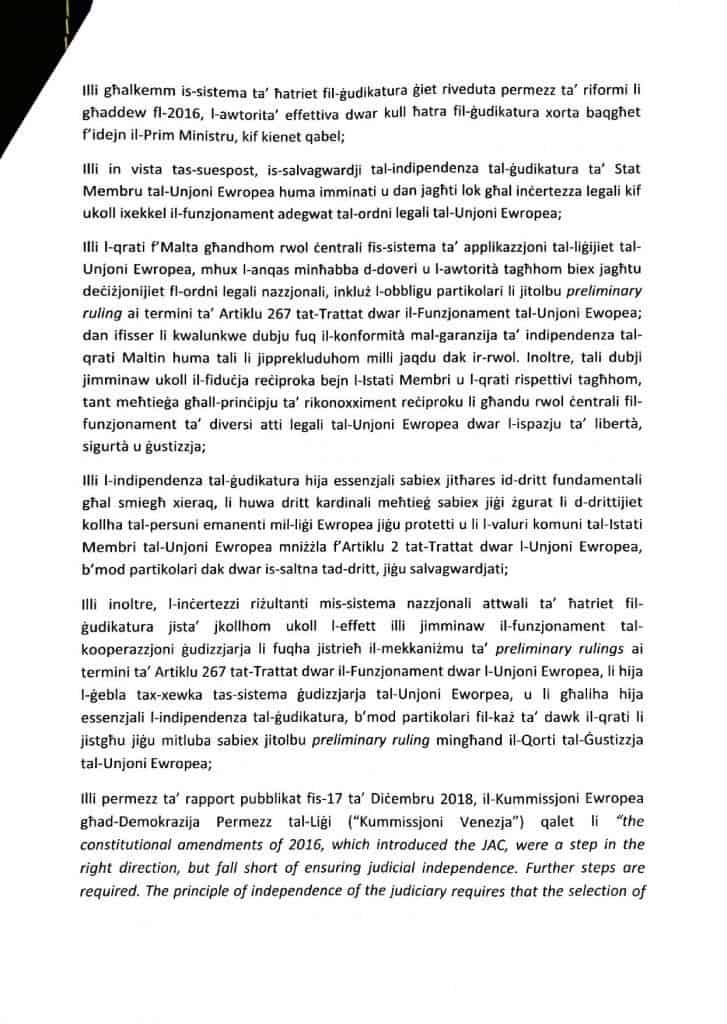 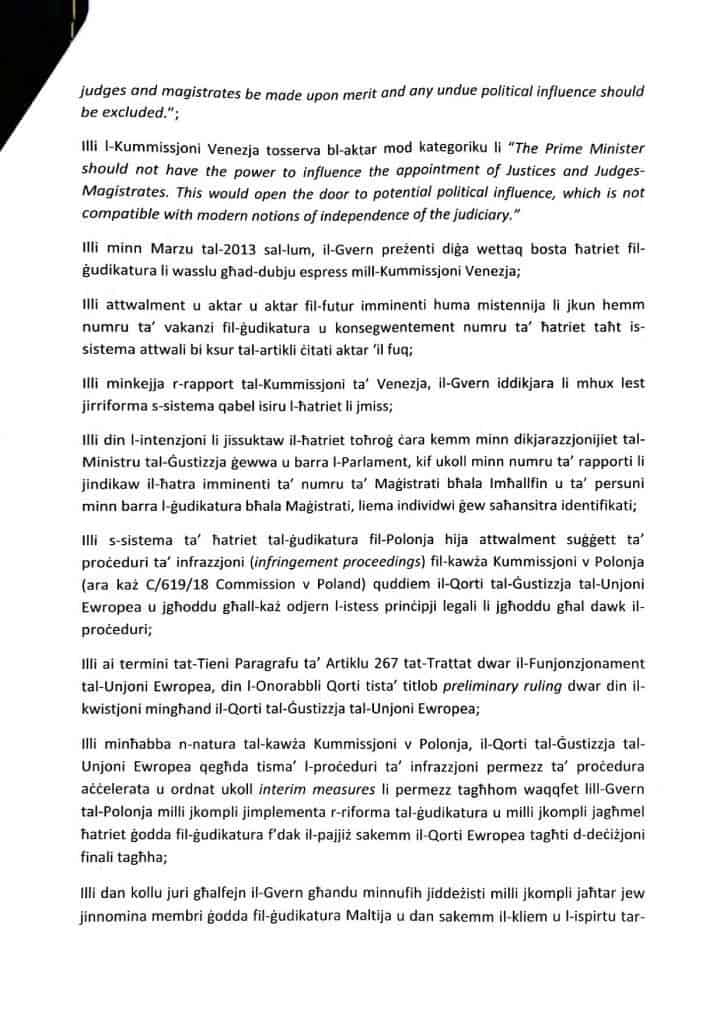 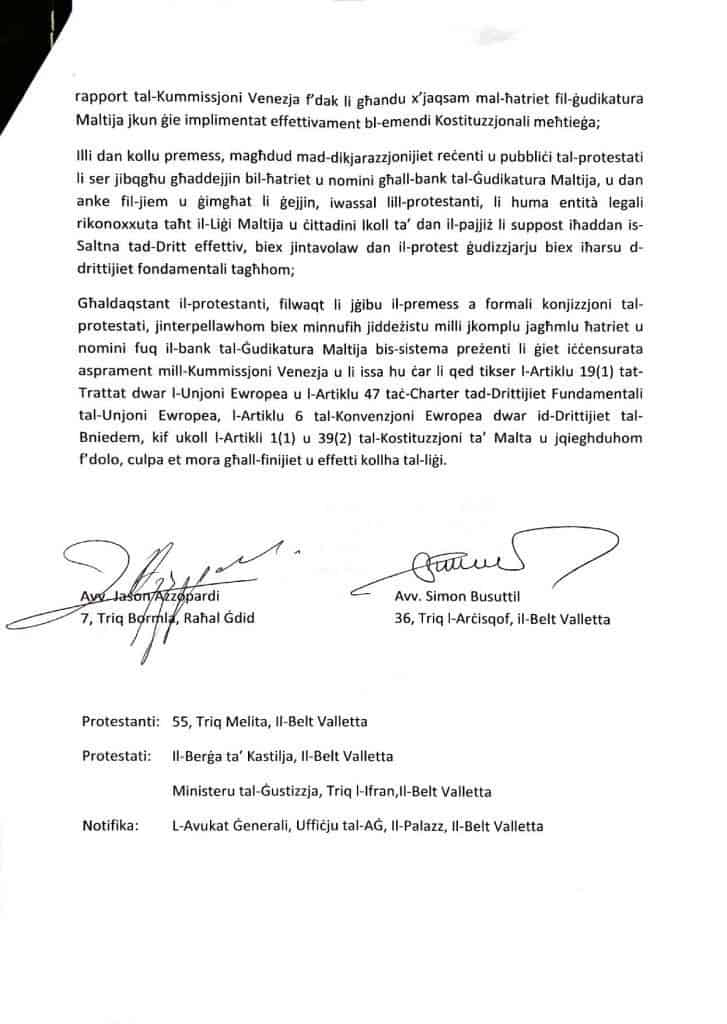