The author of this piece had sent in this commentary after the EP elections were out. This is Part 2 written after the final Local Council election results came in yesterday. 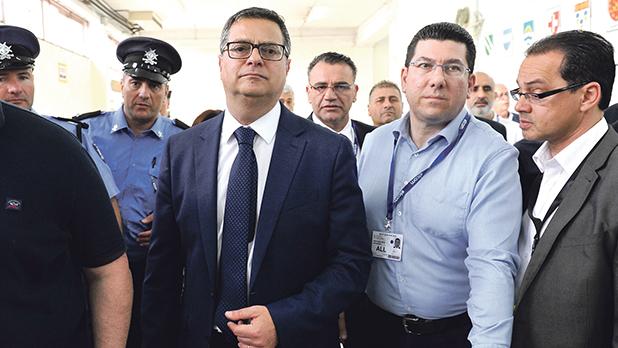 The Local Council election results are just fresh off the press. The debacle suffered by the New Way last Sunday was confirmed even further in this round of Council elections.

Whilst writing my first part of this trilogy I was tempted to write something more however I refrained. As the host of this website can confirm, already last Sunday I had told him that the results of Qormi and Siġġiewi would have been key to confirming my theory that the MEP vote was a proverbial middle finger being given to the administration of the New Way.

Results in these two localities (and also in a few others) have confirmed this.

Let’s start with the most blatant – Qormi. Let’s not forget, Qormi is Clyde Puli territory. From the days of his struggles with John Dalli on a simple thing such as the Local Committee in the locality, Clyde Puli has sought to enforce his presence on this town, and this is why I observed with interest the developments this time around.

First off, don’t you find it strange that the New Way was only capable of fielding 4 candidates in this locality? Yes, you read right: just 4 candidates.

The village where the New Way’s Secretary General hails from could only field 4 candidates, one of them being his brother. The same brother who was almost daily on the media spending hours on end just repeating the new way’s bullshit.

Then you have Jerome Caruana Cilia who is the polar opposite of Clyde Puli and who was taken off the air because he was a candidate (remember what I said in Part 1?) and given minimal media time.

Well, the Qormi electorate has given the up yours to the Puli dynasty and elected Jerome Caruana Cilia as minority leader with a vote lead of more than 700 votes.

As I passed Stamperija last night I saw the lights on in the first-floor office – Clyde Puli’s office. I wondered if he had any other survey which he could pop out on TV in order to try to get himself out of this mess.

Siġġiewi – this is the locality which had as its Mayor Alessia Psaila Zammit, the wife of Frank Psaila who was the great white hope of the new way in order to oust David Casa from the EP.

We all know how that ended up. However tonight there was more disappointment in store for the Psaila family when Alessia Psaila Zammit lost her seat as mayor though she narrowly kept the first place on the New Way ticket.

Siġġiewi (like a few other localities) was never administered by a Labour majority however for the next five years this will be the reality in this locality.

One could go on and mention a locality like San Ġwann, the same locality where Kristy Debono hails from: also lost for the first time. Kristy Debono happily Facebooked up a photo of the results of the Swieqi Council but didn’t put up those of San Ġwann. One wonders why.

However one must not forget the results of the individuals who have defended Adrian Delia and the new way from day one. People like Andre Grech who was not even elected on the Locality of Balzan and saw his vote count diminish by almost 100 votes from the last election. Or Pierre Portelli who in the 2013 Sliema Local council election garnered 727 first preference votes and this time couldn’t even muster half that much at 310. And Charmaine Gerada, not elected in Senglea: another Delia loyalist who bit the dust. Let’s not forget that she had been a Councillor in the past and is also President of Isla Regatta Club.

The Local Council elections have merely served to confirm what we saw already on Sunday, the Nationalist electorate, in its majority, does not believe in the New Way. To those out there saying that Adrian Delia was democratically elected, I now tell them that an even bigger election has shown the exit door to him, the people around him and his New Way. The writing is on the wall – let’s hope that if Adrian Delia and his bunch cannot read it then the people within the Parliamentary Group can.

A final word on this morning’s vote in the Executive Committee.

If the New Way wants to scuttle the Party in Gozo then they will vote for Jean Pierre Debono. If however, the New Way wants to really show that things will change then the first message needs to be delivered tomorrow. Kevin Cutajar not only deserves the seat vacated by David Stellini, but also the Gozitans deserve to have a Gozitan represent them in Parliament.

Let us hope that Adrian Delia sees the light on the road to Damascus and stamps his authority on tomorrow’s vote.

If not, then we are doomed for years to come.

Previous:Can you bow out when they’re shouting your name?
Next:The seat that was promised