The Guest Post is written by a former senior PN official known to me. He’s younger than you suspect and more experienced than he lets on. 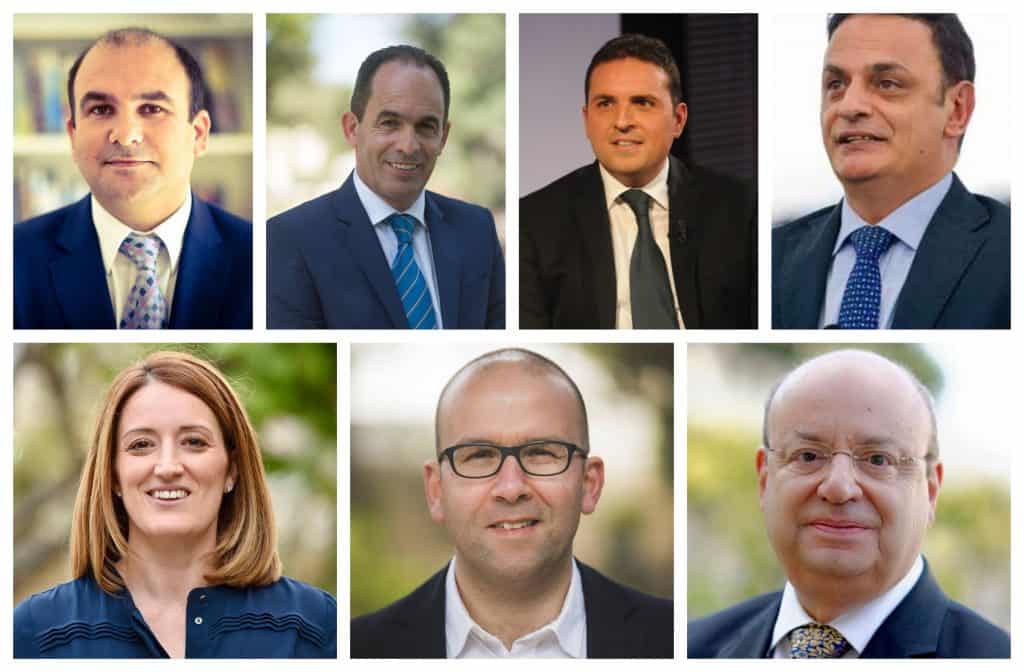 The MEP elections have come and gone. Unlike previous elections, I sat this one out. I missed spending hours on end at the Party’s headquarters working within ELCOM and other structures in order to prepare for the day. I missed waking up early, having a coffee in a glass jar at the Każin and then heading up to the polling station to seal the boxes. I missed picking up people from their houses and taking them to vote. I missed a lot of things, and I almost (knowingly) missed to vote.

However, at the end of the day, I decided I didn’t want to punish David Casa and Roberta Metsola who had worked so hard over these past 5 years, but especially during these last two years when they were left alone by the “New Way” of doing things.

At 20:30 I decided to head to my polling station and voted 1 & 2 and walked out. Never had I spent such little time in voting – not even in a referendum.

Now that the results are being analysed by both parties (although the New Way is clearly ignoring the message) I thought of sharing a few thoughts of my own – specifically on how the New Way decided to target David Casa and get him replaced with Frank Psaila, a former Labour party supporter who had no qualms once again switching sides again in order to serve his own needs – clearly not the sort of person who should have been elected to the European Parliament.

I could never vote for somebody who cannot think with his own head but lets others think for him.

First: Frank Psaila started his campaign to be re-elected almost 2 years ago – and this without any official approval by any party organ. Which is simply not the norm.

Second: What this means is that the plan to remove David Casa has already in the works for two years, and as we can see it failed miserably.

Third: Frank Psaila was allowed to present his program on NET TV up to the last weeks of the campaign. This is not normal. The Broadcasting Authority requires all candidates at an election to stop presenting their programmes in the run-up to an election. In fact, Jerome Caruana Cilia was taken off the air and replaced by Karl Gouder. Jerome Caruana Cilia was a candidate in Ħal Qormi (Clyde Puli’s District).

The questions then that back themselves are: Why was Jerome Caruana Cilia taken off the air and Frank Psaila was not? And did the Broadcasting Authority ask for Frank Psaila to be taken off air or did it not? If they did then did the PN ignore them and pay any subsequent fine? If yes what was the amount?

What emerges is that Frank Psaila’s intended electoral base was the PN’s core base – the people PN strategists expected would turn away from David Casa and vote for the leadership’s darling. This failed miserably and spectacularly given the 7,000 difference in the result. It’s clear that the core of the party has shrunk significantly during these last two years and was either not big enough or not too readily influenced by the party elders to vote in the manner expected of them.

Let’s also analyse voter behaviour by looking at the surplus votes and transferred vote distribution. These are also quite telling. When Roberta Metsola’s surplus was divided amongst PN candidates, David Casa inherited more than double the vote tally of Frank Psaila. Indeed, whenever a PN candidate was eliminated the majority of his or her votes went to David Casa, not to Frank Psaila.

Intuitively one can argue part of the reason for this is the relative alphabetical order of the two candidates, but the exception to the pattern challenges even that notion. When Dione Borg was eliminated, Frank Psaila inherited more of his votes than David Casa. Voters for Dione Borg belonged to the few who were taking their instructions from HQ because Dione Borg was another candidate that was pushed (though not quite as explicitly) by the Party in the effort to supplant David Casa. Even when independents went down David inherited more – which also lends credence to the talk of numerous voters who refused to give their First Preference to PN but then continues on PN candidates.

This as clear a two-fingered salute as any Adrian Delia has been shown. Look at the votes of Alleanza Bidla, for example, as well those for the Partit Demokratiku: when Godfrey Farrugia was eliminated, the votes inherited by PN candidates did not flow randomly. David Casa inherited almost 400 votes; Frank Psaila just 85. When Cami Appelgren was eliminated, David Casa inherited 900 votes to Frank Psaila’s 185.

PN HQ can’t have felt up to playing any strategic games to outperform Labour in this election. But the games they did play at — kicking David Casa out for outshining the party leadership in his efforts at actually being an Opposition — they failed at most miserably. They simply failed to get Frank Psaila, their great white hope, elected.

One would imagine they also played some tactical games on smaller, more manageable fronts at the Local Council elections. Those results should give us an even better measure of the success of the hive at PN HQ. Those votes are yet to be counted so we’ll leave that for Part 2.

Previous:Prime Minister appeals case against Repubblika he had already said he won
Next:Free speech NGOs ask MPs to back CoE resolution on rule of law in Malta and Daphne Caruana Galizia public inquiry