Is Neville Gafa’ on another ‘personal’ trip to Libya? 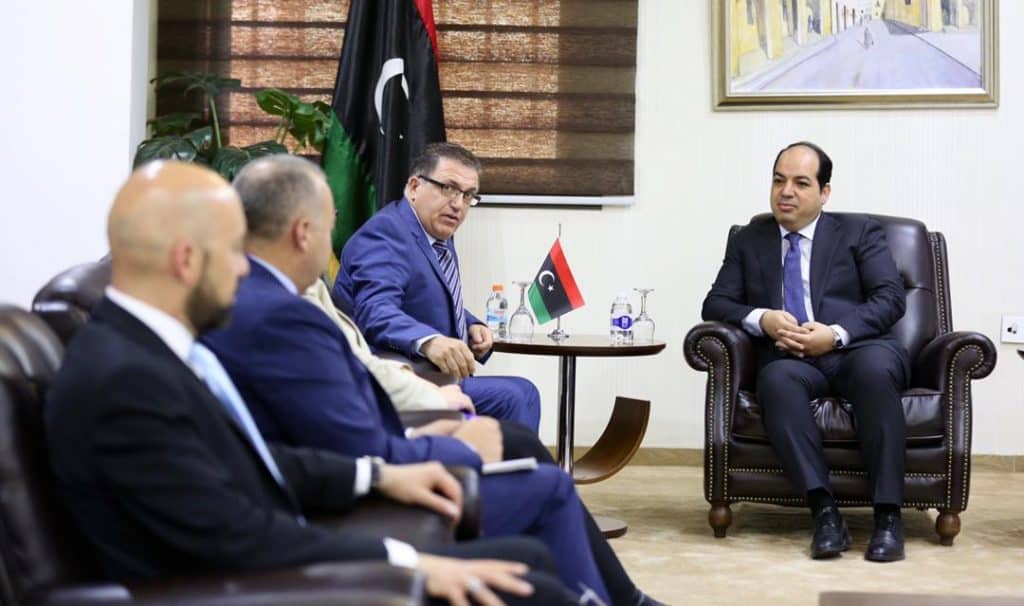 Neville Gafa’, whose job in the government has never been specified, was part of an official government delegation yesterday meeting the Prime Minister of Libya Ahmed Maiteeq.

After some uproar when he was identified in official photographs of the Libyan government, Neville Gafa’ was last November “formally asked by the Ministry of Foreign Affairs” what the purpose of his visit at the time to Tripoli had been.

He said he was on holiday, though he was photographed having official talks with a Libyan government Minister accompanied by the Prime Minister’s personal security escort Kenneth Camilleri. It also turned out that on his holiday he travelled using Malta’s Ambassador’s official car and during his visit he “casually met” Haytham al-Tajouri Libyan militia leader identified by the UN for human rights infringements and trafficking.

The trip cost Neville Gafa’ his job with the health ministry. Subsequently, the OPM and the Foreign Affairs Ministry clarified he doesn’t work for them either.

And yet he appears to continue to draw a government salary.

And now here he is seen again on official Libyan photographs in a delegation to the highest level of the Libyan government that included Malta’s ambassador to Libya Charles Saliba, Director General Maria Camilleri Calleja and “security coordinator” Kenneth Camilleri.

This is especially significant since Neville Gafa’ has been charged with a fraud scheme extorting money from Libyans seeking medical visas to get out of war-torn Libya. He is also alleged to have intimidated witnesses in his case to ensure they stay away from testifying he solicited bribes from them in order to get visas to Malta.

The government owes the public a simple answer to a simple question: what’s Neville Gafa’s job?