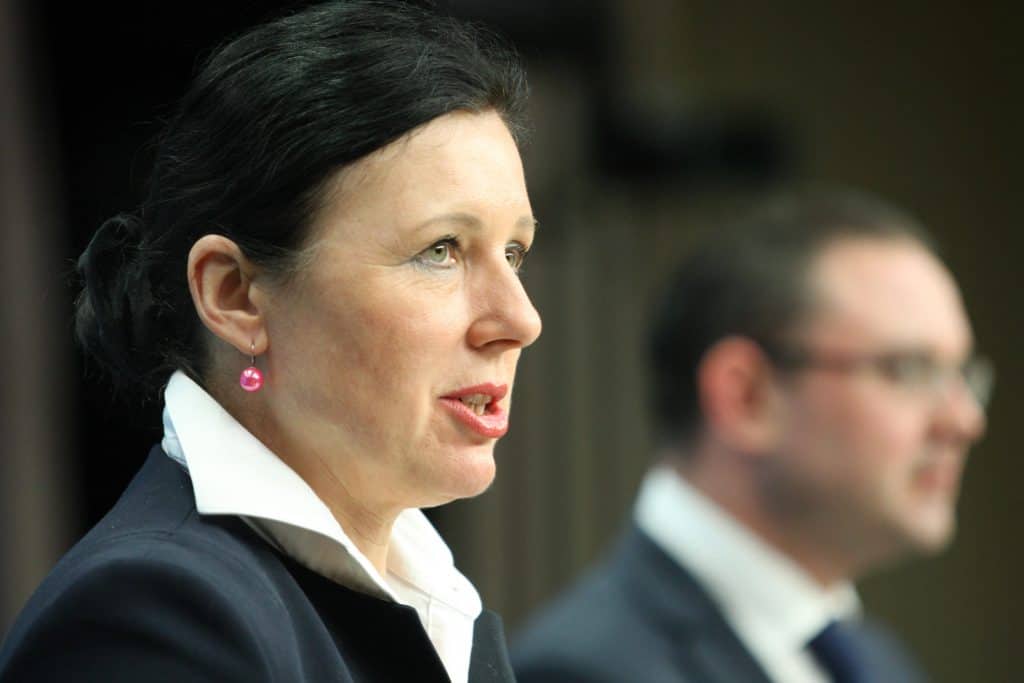 European Commission sources have told this website that Justice Commissioner Vera Jourova has “stressed the need to ensure the necessary checks and balances” in Malta’s planned justice reforms and that Malta’s government is “to consult the Venice Commission”.

Commissioner Jourova’s remarks were made in a meeting in Brussels last May with Justice Minister Owen Bonnici who briefed the Commissioner on his plans to create a separate office of Prosecutor-General and on reforms for judicial appointments.

The Venice Commission reported last December on major weaknesses in Malta’s Constitutional design. One of those weaknesses was the conflicted combination of the roles of attorney to government and prosecutor in the person of the Attorney General.

The government has since proposed changes to the law to separate the roles but has not addressed fundamental issues with the role observed by the Venice Commission including the fact that decisions by the Attorney General are not subject to judicial review and that he is an appointee of the Prime Minister.

Minister Owen Bonnici has in fact signalled the government’s intention to retain control of the choice of the prosecutor general even as the problems identified by the Venice Commission had its core the excessive influence enjoyed by the Prime Minister on appointing officers of State that are expected to keep him and his government in check.

The matter of judicial reform is even more delicate as the government proceeded to appoint or promote more than a tenth of the entire judiciary in one fell swoop even as it was briefing the Commission on its supposed intentions for reform.

When NGO Repubblika challenged the appointments in Court on the grounds that these were made without implementing recommendations of the Venice Commission, the Attorney General argued in Court that the Venice Commission was a merely consultative body and the government was under no obligation to take its views into account.

The government has made no suggestion it has sought the views of the Venice Commission on its planned reforms at any time since that body published its findings last December.

European Commission sources told this website that “we have been following developments in Malta closely”.

A Council of Europe report adopted by that body’s Committee for Justice and Human Rights states that “the Maltese authorities must implement all the recommendations of the Venice Commission as a matter of urgency. These recommendations form a coherent package and their implementation must form part of a holistic process of reform. A pick-and-choose approach will not achieve the necessary results. The reform process itself must be open and inclusive”.