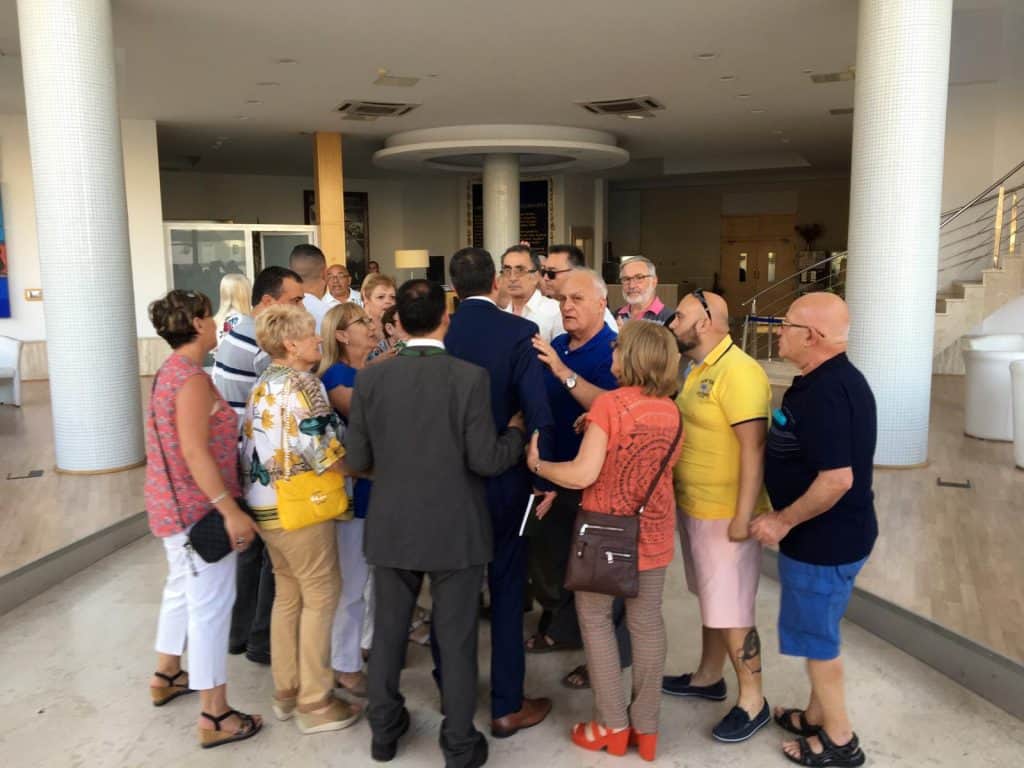 Listen, you small minded tossers, if you’re going to invest all your fixations on a blogger and their keyboard and pin on them the greatest political catastrophe since Louis XVI decided to cancel refurbishment works in the Versailles tennis court, make the effort of getting your insults right.

Apparently some of these signatories had a conversation with journalists that reported these people are “probably” referring to me and to Repubblika which with others I founded.

Apart from crediting me for the electoral disaster, they also credit me for the petition raised by General Councillors to call a PN General Council to debate a motion asking for Adrian Delia’s resignation. Apparently it was the work of my hidden hand. I’ll tell you where my hand is hidden. Read on.

As they had done with Daphne Caruana Galizia, these people think they can blame an earthquake on the seismometer that measured it.

Tell you what. If you permit yourself to think a pseudo-blogger had anything to do with the first petition calling a general meeting, allow me to assume that the counter-petition among party members to ignore the first petition is being organised by a pseudo-party leader.

And I use the prefix pseudo here advisedly.

It has all the hallmarks of the idiotic politicking the PN has indulged in since the dawn of the Adrian Delia age.

So the argument of the last remnants of worship of this embarrassing religion is that the petition to force a vote of confidence by General Councillors does not have the power to remove Adrian Delia. Actually you know what? I’m willing to concede they may be right.

Let’s stick to the facts, which is always helpful. There is no controversy that a written request by 10% of General Councillors for an extraordinary meeting cannot be denied. The meeting has to happen. Nor is there any controversy that any member of the General Council is entitled to present a motion for debate which would then be discussed and debated upon. Surely no one is arguing that the General Council – often described as “the highest organ of the party” – cannot regulate its own business.

There is some controversy on whether a declaration by a majority in the General Council that they have no confidence in Adrian Delia’s leadership and that they wish him to resign is binding and can actually have the effect of forcing his resignation.

Let’s go with the ones that say it isn’t binding. As they see it Adrian Delia, even without the confidence of the General Council, should remain in place because, so these “tesserati” argue, they put him there and only they can remove him.

Fine. What happens then? Who is Adrian Delia going to ask to campaign for him? The “tesserati”? Because no one is looking at the numbers here.

I’m told some 220 signatures of the 1,500 or so Councillors have been collected so far asking for the motion of confidence to be debated and voted upon.

We haven’t been told how many have signed the counter-motion to say it shouldn’t. But now it’s an issue of proportions. Because if 220 Councillors amount to around 15% of the voting base, an equivalent proportion of card-carrying signatories would need to be the same ratio of the 19,350 card carrying members of the party. That’s 2,900 signatures. Do they have that yet?

If the claims of Adrian Delia that party membership has grown under his tutelage are to be believed, the number would have to be greater.

Why is this relevant? Because General Councillors are not pseudo-members of the pseudo-highest organ of the PN. They just are and to get that seat they contested elections in their localities, districts and branches to acquire their right to vote in Council which they must exercise on behalf of the people who elected them to that responsibility.

This may be too complex for these tesserati who are dabbling into pseudo-politics in a way that would look amateurish in the village bocca club, but democracy has rules and they can’t improvise those rules when they don’t understand them or they don’t go the way they want them to.

Incidentally, if I may indulge myself a little bit, I can claim more credit for the self-described tesserati’s counter-petition than the original one in the Council. These tesserati recognise themselves and are organised around their petty Facebook network set-up purposely to troll my posts and articles and to try to strong arm anyone else who like me does not think Adrian Delia is quite the dog’s bollocks.

They are my unwitting, unhappy groupies. They hang on to every post I write for dear life finding in them a cause to fight on behalf of the great leader who has done nothing to earn their adulation and fixating obsessiveness apart from being, by a freak accident of history, the leader of the Partit Nazzjonalista.

What is their counter-motion expecting to do with the supposed responsibility of pseudo-bloggers and pseudo-NGOs for the troubles of the PN? Should I resign from being a pseudo-blogger? Is that what they’re trying to achieve? My silence?

That’s called intimidation of the free press. They say I have a hidden hand. My hand is hidden all over manueldelia.com. I’m not exactly coy about my thoughts.

But guys, there is a hidden hand and it’s right up your arses right now. It belongs to the pseudo-leadership of the PN that is using you to try to wish away independent journalists and civil society activists so that their pathological mediocrity and irredeemable sociopathy is not made to look bad with an ounce of common sense and the conduct of proper political opposition coming from elsewhere.

You don’t know it yet, you little people you, but one nice thing about being a blogger is that the only way you get me to stop is …

I’ll let you finish that sentence for yourselves now.