The green shoots from the scorched earth 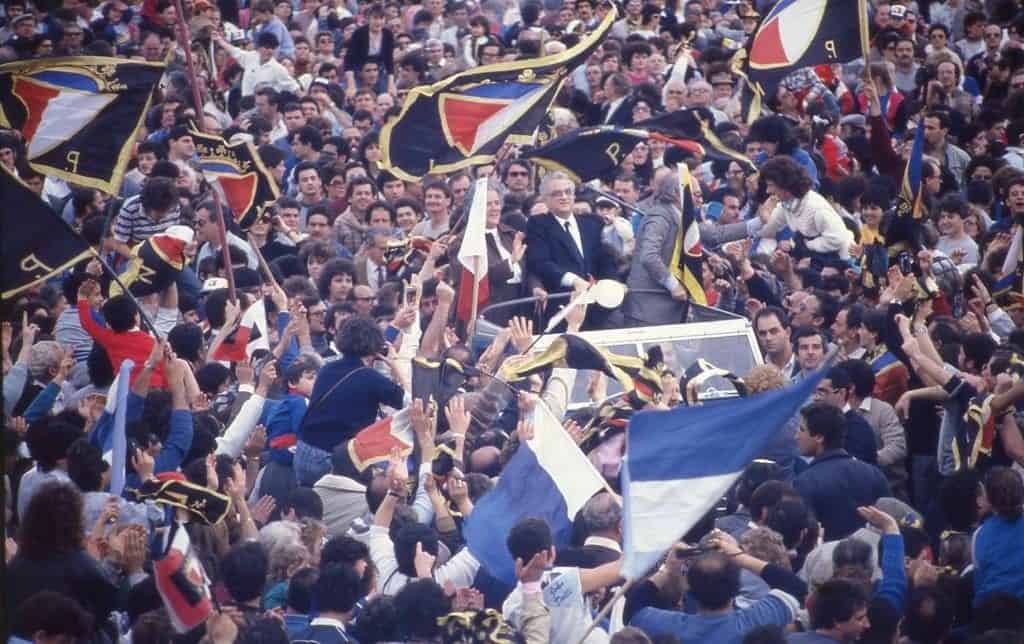 The crisis of the Nationalist Party is coming to some sort of resolution. There was never any suggestion that Adrian Delia was in control of his party. The fact that a General Council meeting is being forced on him to ask a question he ruled out – whether he should stay on as leader – shows that the limits of his control are not at their most glaring just within the Parliamentary group. A substantial number of the party grassroots is willing to put their name down on a petition that openly defies him.

There’s a deeper constituency that Adrian Delia might continue to refer to if in a secret ballot the majority of Party Councillors say he needs to leave. He will say the Councillors merely shortlisted him for a final ballot and it now doesn’t matter if a majority of them has regretted doing that.

But it was card carrying members who chose him so he’ll stay on nonetheless out of loyalty to their choice.

This is all banal of course. Consider how he would use the same logic when speaking to the Parliamentary Group. It didn’t matter to him, he said, whether they supported him or not. Their duty was to support him even though he was not their choice. It was party members that imposed him on them and theirs was but to comply.

We may yet hear that logic inflicted on 1,500 PN Councillors.

But that logic is a perversion of reality. If the PN loses the membership of a number of disgruntled card-carrying members, its viability is by and large unaffected. I’m not suggesting such a thing is desirable or that I even take lightly the gravity of such an outcome. But it’s still important to put it in context.

Compare that outcome now with the party losing control over the votes of any of its MPs in Parliament. If this was a government, such a development would be catastrophic. In opposition it is at best extremely damaging.

On the other end of the spectrum the party’s loss of its voting base which amounts to tens of thousands of people who would never dream of joining a party but have voted for one all their adult lives would make the material difference between getting elected to office, and not to.

General Councillors are the intermediaries between voters and the people they elect. Any party leader who thinks they can run any successful campaign without the grassroots network of community leaders that form the General Council doesn’t have the first idea how this game works.

A couple of weeks after the 2017 election I wrote a piece for The Sunday Times about Labour’s street game. I said Labour had effectively made up for the massive loss of votes it suffered because of the disgust with corruption many of its former voters felt, with a stealthy but magnificently effective campaign of recruiting voters in a face to face mobilisation effort.

In that analysis I also wrote how already since 1996 – gradually, over time – the pumping, well-oiled machine the Nationalist Party had built in the 70s and 80s with foot soldiers in every street of every neighbourhood of every electoral district had been neglected in favour of TV set and desktop campaigning that is only effective to an extent.

Clearly no longer to the extent of bringing out the vote which is what winning elections is ultimately about.

The shakeup of the PN after the 2017 elections was supposed to address that problem that had started piling up when Eddie Fenech Adami was still getting ready for his greatest triumphs in 1998 and 2003. Years of focus on government over party; of the grand policies of EU and euro accession over micro policy-making that excites the day to day interest of people; of accumulated debts and financial shortage; and of the inevitable anomie of disappointment and disaffection when individuals feel hard done by because of political decisions they disapprove of, ate away at the very fibre of party coherence between headquarters through village committees to the end voters who will only think about politics when it gives them reason to get angry about something.

The shakeup of the PN after the 2017 elections did not even begin to address that problem.

On the contrary PN Councillors – the only people who can actually do the marching in the streets for their party – have been consistently relegated to irrelevance. Many have downed tools. Many have found themselves clammed up, intimidated by a new army of political commissars who speak of the new party leader as a forethought of divine providence.

Ignoring a substantial minority of them, let alone a majority will be the ultimate insult pitting Pieta’ against the faces in the village squares that up to now persuaded people to vote PN but may no longer even want to do so.

You can see that Adrian Delia is getting ready for this sort of destructive confrontation from the arguments of his trolls. Frank Portelli, one of his last henchmen, fired a salvo warning the “illuminati” (an unflattering term ascribed to anyone who is not supporting the immortalisation of Adrian Delia) that PN Councillors cannot overrule the vote of the membership.

There you have it. This ‘revolution’ in the PN may well reach its logical conclusion. With all the devastation inflicted by this civil war, MPs divided down the middle, the party media mobilised to beat people who supported the party their entire lives, activists eating each other alive on line, Adrian Delia may well go on and finish the job with a scorched earth policy. He may well set alight the General Council – that’s all the leading activists in every village of the island – destroying not only the party’s ability to win the next election, but even its ability to stand again at the end of this conflagration.

By allowing a General Council to be called against his edict to discuss a motion to remove him; by allowing it to vote on that motion; possibly by allowing that motion to find a substantial (even if not necessarily a majority) support; by allowing all this to happen without resigning to interrupt this descent into fire for the entire party he professed to want to lead, Adrian Delia is doing his damnedest to prevent the PN from having any sort of future.

I don’t say it often these days, but I’m a member of the Nationalist Party.

I’d like to think of a future for the Nationalist Party.

A future where the PN develops, discusses, debates and promotes policies that give voters a reason to look forward to their election.

Where the party speaks about matters that should be of national concern; that answers questions on how we will address the growing gap between the richest and the poorest; how we will bring cohesion to a society broken down by race, language and cultural origins; how we will reform education to grow a generation of responsible citizens in place of the pathologically short-term egoism of our times; how we’re going to restructure our systems to afford universal healthcare and dignified pensions for the elderly; how we’re going to restore sustainability to our economy restoring our environment to a space you want your unborn grandchildren to live in; how we’re going to stop controlling the fates of women and instead to guarantee justice to compensate for the barriers they still face in this society of men; how to separate church and state and build a political space founded on science, rationality, humanity and compassion; how to fight corruption, punish the perpetrators and prevent their prevalence in the future; how to ensure justice is served and fairness becomes once more a key value for public administration; how to engage across generations in a commitment to build a community less obsessed with growing and more focused on living.

I want to think of a party I’m a member of that does not confuse its mission with narrow strategies; that doesn’t mistake tactics for strategy; that renounces conventional tools of power like faking journalism and information-giving to smuggle propaganda, outright lies and fake outrage; that is moral and ethical without being judgemental and controlling; that pursues its beliefs with zeal but without zealotry.

I want to think of a party that knows itself and what it stands for before daring to ask others to support it; that thinks itself as part of the solution but seeks alliances to secure its greater aims; that is honest and transparent about its failings; that is proud of its achievements but humbled by its faults.

I want to think of the PN again as a party I would want to belong to, to vote for not because it is a moderately lesser evil but because it meets the simple ambition of wanting government to be a force for good.

I’m not looking for leaders to follow, and poster boys to adulate. There are boy bands and teenage magazines for that.

I want instead a place where people can bring together their ideas and maturely, professionally and competently test those ideas scientifically against data and research and comparative analyses that learn from others’ mistakes.

I want a political party that is a university of knowledge, an academy of training for governors, a boot camp for the promoters of a shared vision and ambition that does not think we live in the greatest country it could be but is ready to do what it must to get it as close as possible to being that.

When the General Council meets they will discuss a motion that will ask Adrian Delia to resign because the PN did not get the results it deserved in the last election. I think that premise is mistaken. The PN probably got an even better result than it deserved.

The PN is not entitled to popular support. It should not win elections merely for being, or even merely for not being Labour.

The General Council is right to ask Adrian Delia to quit the leadership but it must then proceed to assume leadership itself. It must sit down to write a tall order requiring the PN not merely to become an effective electoral machine (though it must be that) but to become rather a party that people would want to see in government because they see in it the promise of a brighter future.

Not one woman or one man replacing Adrian Delia can do that.

It’s time for the PN to choose: is it going to get busy living or would it rather get busy dying?

Previous:THE SUNDAY TIMES: Null and void
Next:Pseudo-blogger is it?