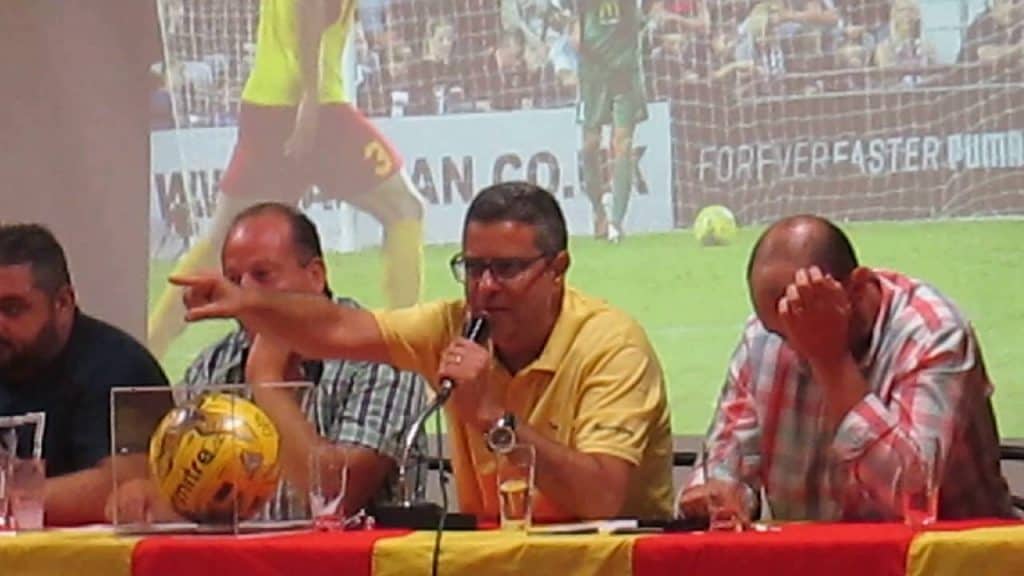 Times Talk is interviewing Adrian Delia again tomorrow. We only saw snippets of the interview today and it doesn’t look like they’re going to discuss the Council of Europe report that found Malta’s rule of law crashing around our ears, or the PN’s economic policy, or climate change, or Adrian Delia’s solution to the intractable problem of Jerusalem.

No, the interview is on why Adrian Delia hasn’t quite fucked off yet.

There’s something deeply disturbing which he says during the interview. I’m going to transcribe it here to make sure we’re getting it right. Herman Grech asked Adrian Delia if he felt in control of his MPs:

“If you want to use the analogy of football, a coach needs to actually first choose the players that he wants to be with and that would be his team and it is very difficult in football — and we all know that — for a coach to work with a team he found there already.”

I don’t know how much Adrian Delia knows about football, I suspect not too much. But he knows less about the constitutional design of our country.

I don’t know where you’ve been living Adrian Delia but party leaders never get to choose MPs in this country (or frankly in any other). Maybe he’s getting confused with his schoolboy’s understanding of the prime minister’s power to choose his Ministers. That’s well and good though it does not look like he’ll ever get to apply that knowledge directly.

But MPs are chosen by the electorate from a shortlist selected by the party and the party is considerably bigger than “the coach”.

The constitution wants it that way because it’s bad enough that people in politics can become gods after too many electoral successes, imagine giving politicians a divine status when they haven’t even started showing up to work.

Adrian Delia fancies himself some Xerxes. What does he think he’s going to do to the MPs he does not like? Replace them with people he likes? Is that what he tried to do by planting Jean Pierre Debono on the Parliamentary Group? Is that what he wanted to do by getting Frank Psaila elected to the European Parliament?

Is he thinking of deselecting MPs as candidates at the next general elections? Is he being that cavalier about losing more votes?

It doesn’t work like that. Where we’re living we still have a Parliamentary system. This faux legitimacy because the PN leader was elected from among the members of his own party does not supplant our Parliamentary system and the legitimacy our MPs enjoy for being elected to their seat by the people, whether members of the PN or not. And we won’t have that changed thank you very much.

In the meantime, Adrian Delia should instead be mindful of his own team in the party. They’re dropping like flies. After he lost the President of the Executive Council on Saturday, today he lost his Treasurer. And one of his Deputy Leaders — Robert Arrigo — does not sound like he’s in the happiest place right now.

Earlier this week people were pointing at the writing on the wall. Now there’s so much scribbling on that wall, it’s looking like a fresh coat of paint.

Previous:Government: Daphne Caruana Galizia ‘was not assassinated’
Next:GUEST POST: Why Adrian Delia and his team should resign