A sliver of truth 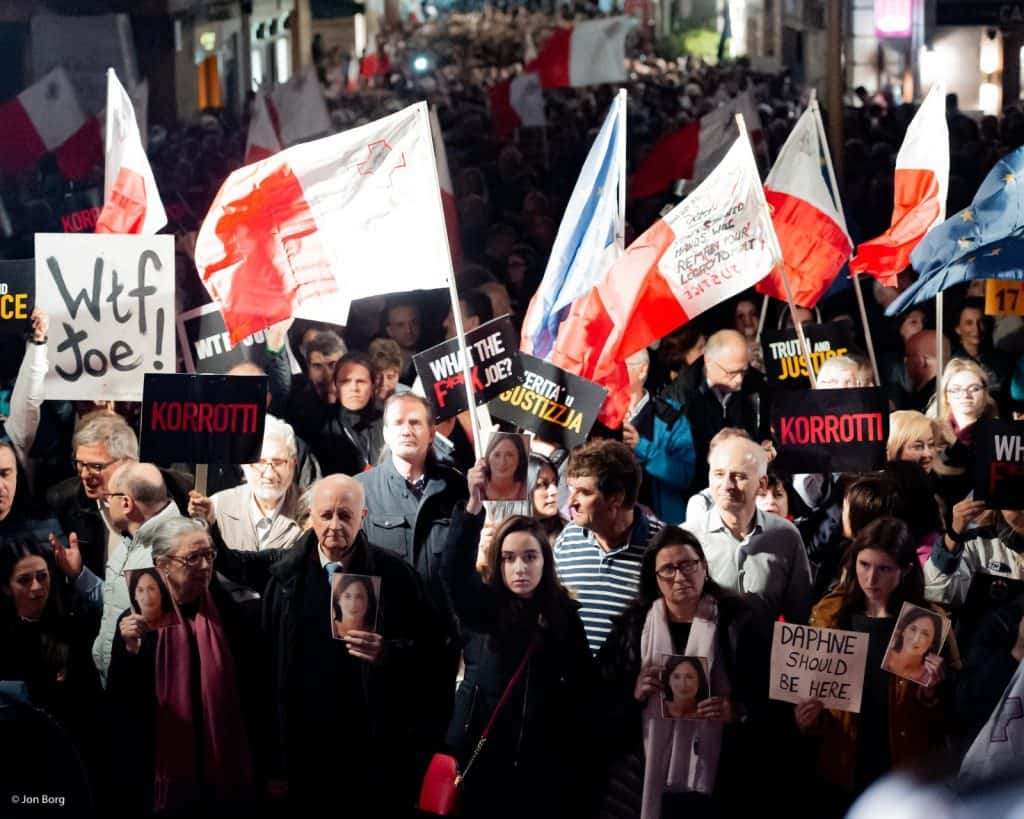 Let’s strike some doubt out of the way. The story in The Times of Malta this morning is absolutely correct. The identity of the person arrested last Thursday has been known to some journalists for some time, well before his arrest. The information he claims to be in possession of is important and could bring a breakthrough in the story. When his background becomes known, his connections will be obvious. It will make sense.

We are not going to find out after all the butler whodunnit.

Daphne Caruana Galizia was assassinated in a car bomb because of her work. No matter what you’ve been told up to now this simple fact continues to check out the more things are known.

We need to let the police and the prosecutors do their work. There are many people of extreme influence that have held them back and could try to do so yet. And the person they have their eyes on has, at least they have reason to believe, killed before to save his own skin. Why should they think he would not do so again?

What should have happened two years ago still has time to happen. Our country could redeem itself if, even if late, it realises that the killing of a journalist must be the final act of a conspiracy between power, crime and money — political power, organised crime and legitimised money — that seeks to take away from us our democracy and our right to know what they’re doing.

After this, we either take our democracy back or we lose it forever.

This is not about being patient. Our anger, our protests, the attention of the world’s press, the Council of Europe and its capable rapporteur, conscientious politicians, the European Parliament, diplomats in private conversations, journalists, magistrates, honest policemen and prosecutors: all these have formed an unwitting alliance, a dogged resistance to the effort of the rest to suppress the truth.

In Slovakia, parliamentarians and judges are still resigning, owning up to their contacts to the businessman alleged to have masterminded the killing of Jan Kuciak. That country expects that its leaders are not in cahoots with businessmen who order the killing of pesky journalists.

But our own case – Daphne’s killing – is not about politicians and businessmen being chummy and playing a weekly round of golf. This is not even about a sponsorship for a campaign event or a donation for a campaign mail drop.

This is about murder to cover up crimes that necessarily involve more people than the mastermind of the murder alone.

Our anger, our protests, the attention of the world’s press, the Council of Europe and its capable rapporteur, conscientious politicians, the European Parliament, diplomats in private conversations, journalists, magistrates, honest policemen and prosecutors are needed now more than ever.

We would not have got it if we did not go to the memorial in Valletta every day and replaced the flowers, they removed the night before. I refer to that as a symbol of all the pressure applied on institutions in this country just to do their job.

It means our determination does not falter. You who did this and you whose crimes this was done to cover, will pay.