Far too keen on where and how and not so hot on why. 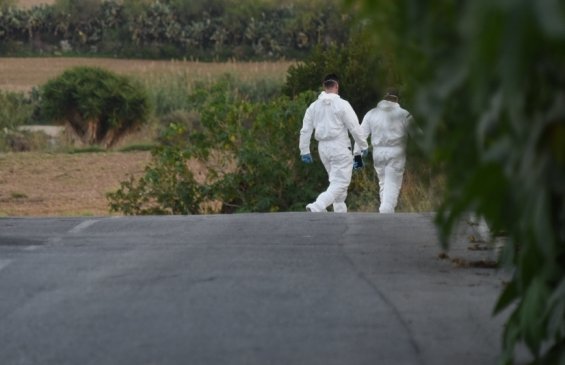 The name Melvin Theuma was outed by Malta Today earlier today as the alleged middleman in the conspiracy that assassinated Daphne Caruana Galizia.

As Caroline Muscat wrote a few hours later, the name has been in the awareness of several journalists for many weeks. Many of us were aware that for months one of the three men charged with the murder, Vincent Muscat, had provided the police with information on the identity of the middleman.

Covering news, like any job, weighs different responsibilities sometimes in contradiction of each other. There is the responsibility to inform the public. But there is also responsibility not to act in such a way as to effectively become an accomplice – wilful or accidental – of people escaping justice.

When Melvin Theuma was arrested Thursday, he was not detained on charges of murder. That too was a reason to hold on to the news.

As you may imagine the basic outline of how this assassination plot was hatched and executed has been known to journalists for some time. That means it was known to investigators much before that, to politicians as well.

Politicians knew we knew. They knew that if the information continued to be suppressed by government inaction, someone would bring out the fact that they appeared to be guaranteeing impunity for alleged murderers. That too is a form of pressure that ensures things are not suppressed. Sometimes the usefulness of journalists in a democracy is that their presence and their determination to get to the bottom of things is felt by those who might think they can cover something up.

For now, some observations.

Firstly, the suggestion that this arrest and the prime minister’s statement this morning about a possible immunity deal with the witness are distractions from major political scandals that are ongoing is irresistible. However, that suggestion presumes that the assassination of Daphne Caruana Galizia and the ongoing political scandals in Joseph Muscat’s cabinet are unconnected. That presumption may prove inappropriate.

Secondly, the prime minister threw a foot forward today and ‘assumed responsibility’ for the one political action – recommending the pardon – that could be seen to have been critical in solving the case. Giving credit to Joseph Muscat’s ability to think seven moves ahead comes from experience. But assuming he’s in control of things now may be too generous. Joseph Muscat can’t very well ditch his closest associates in Cabinet now and hope the rest of us overlook the fact that he failed to dismiss them every day of the last three years. If anyone of them has to go, he has to go.

Joseph Muscat then could be placing his last remaining chips on the last desperate twist of the roulette. By seeming keen on a resolution to the case he’ll be better positioned – as well as he can hope to be in the circumstances – to attempt to resist any political fallout from the investigations’ findings.

Thirdly, the prime minister this morning was asked what he would do if the middleman indicated any of his direct subordinates as the mastermind. That question betrays the supreme naivety the prime minister now depends on for his own survival. Once again, even in a conspiracy to assassinate a journalist, we look for the comfort of the obvious and refuse to think for ourselves.

The middleman arrested today will be able to point to the person who passed any payment to him and directly ordered him to do it.

That will answer narrow questions about the dynamics of a murder. Who spoke to whom. Who paid whom. Who killed her.

But the wider questions about the dynamics of an assassination (rather than any ordinary murder) may not have forensic answers.

The prime minister may no longer be able to avoid the emergence of an answer to the narrow question of who killed Daphne Caruana Galizia. Given that fact he has thrown himself in front of the crowd he saw running past him.

But the prime minister is running ahead of this crowd now to prevent it asking a deeper question: why was Daphne Caruana Galizia killed? It’s unlikely Melvin Theuma will have much more than a foggy idea.

That’s where we come in. We must ask what it was this assassination was meant to cover up. We cannot rely on the comfort of forensics, the eloquence of prosecutors and the spectacle of a crime novel or a procedural soap to do the thinking for us.

This assassination is a political killing. Once the forensics are known, we must pass political judgement. And no one will be there to do the work for us. Quite the contrary Joseph Muscat will do his best to ensure no one does, we don’t bother. His very political survival depends on it.