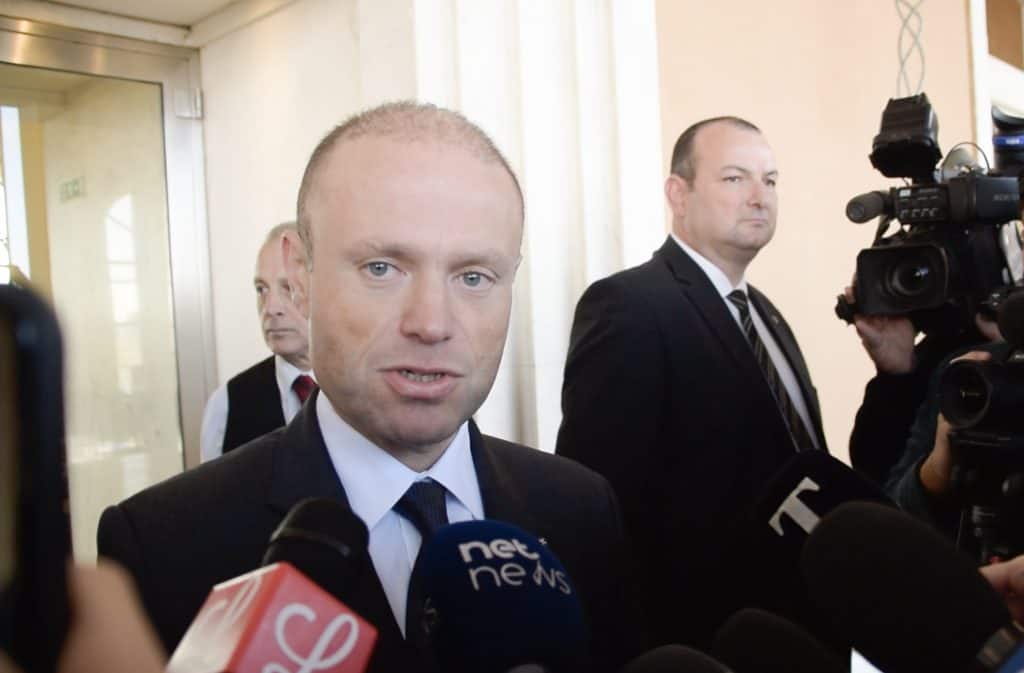 The Prime Minister’s narrative so far has been that “so far” there is no information that politicians were involved in the assassination of Daphne Caruana Galizia. The former government spokesman, recently put on a salary of 500 euros a day, always denied the description of it being a “political” assassination and even “assassination” was also official taboo for a full two years. We were given “femicide”, “killed” and other variations that ignored the reality that she was not killed by a stabbing, or a sniper’s bullet, but by an exaggerated amount of explosives designed to pass on the message that “we are like the Mafia that does not fool around with those who expose us”.

The second problem with the PM’s statement is that it made him sound as if he is the lead investigator in the case. On what information is he relying? Has he taken over from his fifth police commissioner and become his own sixth appointment in this role?

After the arrest of the three alleged trigger men in December, 2017, we were advised by Castille not to come to any conclusions about who the masterminds could be. They pointed to the possibility of oil smugglers, human smugglers being involved, in an attempt to cloud over the public’s gut feeling that politicians were involved. Stories were leaked to the press that the explosive used came from Libya or maybe from Eastern Europe.

One thing in which the PM excels is the dodging of bullets of public indignation by sowing diversion, doubt and long delay. He deals with his government’s corruption issues as if these were the exclusive jurisdiction of secret judicial inquires which have this unique national character of taking months and years in which the suspect minister remains in office under criminal investigation. The democratic principle of political responsibility has been thrown out with the rest of his organic waste.

In November 2018, the police minister announced that three persons had been identified as the masterminds.  When no one was arraigned in the following weeks, the call was put down to bluff. Meanwhile civil society had kept up the fight for justice. The government seemed intent on trying to outrun it by sending in the cleaners every night to clear the flowers and protest candles.

This month, the month that the PM could not remember that which he was in, there was a break in the case. Well not really. The taxi driver middleman, known to the local police for over a year as involved, was arrested at a time that Europol’s money laundering division also became interested in the man. The PM must have realized that he could delay no longer and after meeting with the local investigators took the unilateral decision to issue a promise of criminal immunity to the man if he would help in securing convictions. A section of the media named the taxi driver and connected him to the owner of 17 Black, Yorgen Fenech whom the public already suspected was the “major businessman” referred to as such by the responsible media some weeks prior.

The next morning, the news broke that Fenech had tried to escape from Malta on his private cabin cruiser and was arrested before succeeding. Was he in fear of his well being? Only he knows. Within hours the PM was on the steps again confirming how effective his independent institutions are and assured us that “so far” he had no information that politicians were involved.

But we already have “so far” information about Yorgen Fenech’s other connections to the PM’s Chief of Staff and his former Minister for Energy, now Minister of Tourism. Most of it came from Running Commentary.

It is all in a NexiaBT 17 Black kickbacks email of December 2015 which was published by the Daphne Project after the assassination. The PM has not negated its authenticity. Neither has anyone alive. He just pretends that he cannot talk about it.

NexiaBT was on the tender committee awarding the power station to the Electrogas Consortium who had already signed a previous winning MOU with Castille.

NexiaBT was engaged by these cabinet members to set up their secret NZ trusts and secret Panama companies and also set up Egrant for its even more important client. Yes,God bless.

NexiaBT was trying to open up secret bank accounts for Schembri and Mizzi all over the world.

Mizzi, when caught, denied he instructed them to do so. He also denied ever having heard of 17 Black.

Schembri admitted knowing of 17 Black and of having “business plans” which would lead to his NexiaBT offshore company receiving an unexplainable 150,000 dollars a month. But he denied knowing the identity of the person ready to pay him that sum. How does one negotiate with an anonymous shell company anonymously? Some politicians do apparently.

So why did Schembri deny knowing it was Yorgen Fenech as soon as the NexiaBT target 17 Black email was published in the media? Yorgen Fenech’s reputation was that of a successful business man without any whiff of suspected criminal activity. What was Schembri’s problem with naming him?

Could it be that Schembri was privy to the fact that Yorgen Fenech and his taxi driver were already persons of interest, or suspects in the case, known to the police and his boss at the time? And is this why he then avoided and finally dropped his libel case on the 11th November, against Simon Busuttil instituted three years ago for alleging that he was totally corrupt?

Did he fear being asked about his shady talks with the soon to be arrested Yorgen Fenech, the director and part owner of the Electrogas Power Station? Was he going to be asked if he was also negotiating on behalf of Konrad Mizzi without the latter’s claim of ignorance about a million annually into his Hearnville account? Was he open to being asked about any other related deals they might have discussed?

Did the PM ever approach him or Mizzi on the two million annual payments mentioned in the 17 Black target email? If so what did he say to him? If not, was it because the PM already knew of Schembri’s secret deals with the Electrogas part owner? Did the PM even care that Electrogas was involved in large scale bribery?

But I have to be clear with you. There is so far no information that these politicians are in any way connected to the prime suspect mastermind allegedly involved in the spectacular assassination of a journalist who had exposed all their devious smelly little plans to become billionaires on the back of a peace loving, sometimes gullible sheepish citizenry.

All those involved, wherever you look, deny any wrongdoing.