Let’s finish what we started 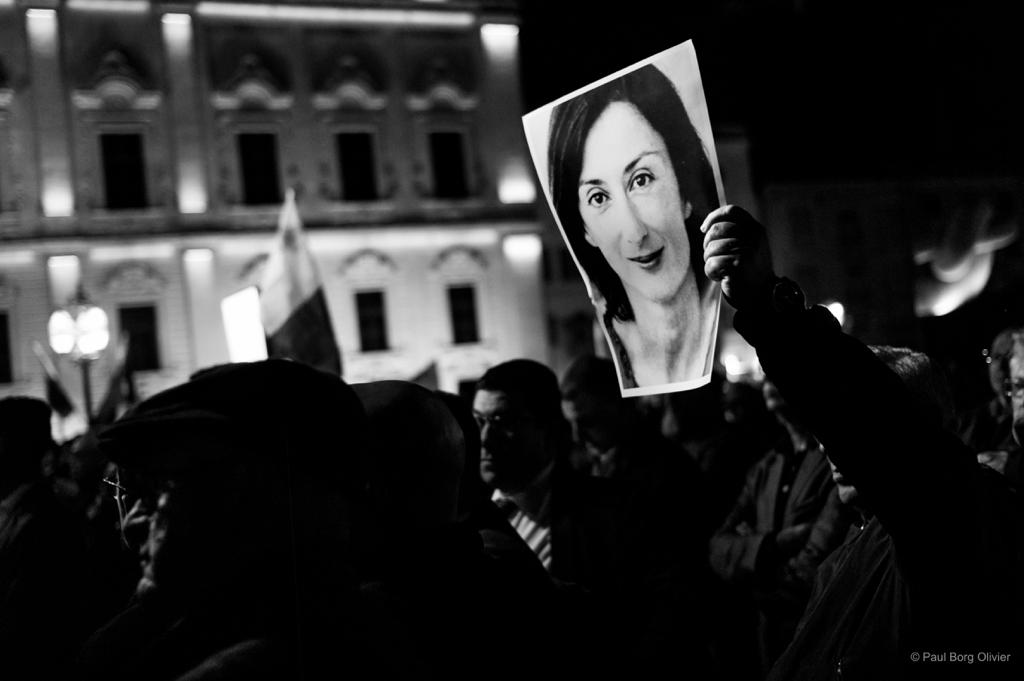 Voting Labour and behaving like a troll or even lying to oneself about what should be obvious are not mutually correlated characteristics. Nor is it an exclusive character of people who vote Labour to have the ability of switching off allegations of wrongdoing and to condone improper behaviour when the offenders are on your side.

Approaching the current political reality in the country with polarised, partisan and tribal prejudices risks deepening the wounds and pushing further and further away any chance of recovery. Even as we push for an endgame, as we struggle for the justice this country needs to have, we must also be thinking about what happens after.

Clearly, the corrupt must pay. Clearly, murders must be punished. Severely. There can be no healing if we perpetuate impunity.

But is also clear to me that if this becomes a victory by proxy of some large minority that thinks it earned smug bragging rights for having woken up to rotten realities before the majority did, if two political tribes become winners and losers in some Manichean battle, the pain and bloodshed, metaphorical and real, for our country will get worse not better.

The greatest mistake that can be made now is to assume that people who voted for the Labour Party in 2017 are somehow incapable of moral judgement. Not all people who voted Labour in 2017 did so because they thought corruption at ministerial level was a moral imperative. Not all of them even voted Labour in 2017 in spite of being aware that Keith Schembri and Konrad Mizzi were rotten.

Let’s give this some context. Malta is desensitised to allegations of corruption. We’ve always had them because some level of corruption existed before 2013. When corruption at the topmost political level was largely in check during the PN administrations, whatever corruption did occur was met by very vehement, categorical, crusading rhetoric by the Labour Party opposition. Sometimes they went above and beyond what should be acceptable for an opposition to do. Sometimes they were perfectly right.

And yet supporters of the PN were perfectly capable of switching off their critical faculties and support a government minister from their side criticised by Labour for alleged corruption and proceeded to rally around him.

The classic case is John Dalli. Journalists and critics like Daphne Caruana Galizia are few and far between. The PN rallied around John Dalli or helped him survive even as his clumsy cupidity tarnished his party’s reputation.

My point is, if PN supporters can switch off to the opposition’s criticism of their guys and rally around their flawed heroes, why should anyone expect any different from Labour supporters.

But to assume that most people who voted Labour in 2017 would condone murder is something else.

For two years since Daphne was assassinated we campaigned in the conviction that she was killed because she was a government critic who exposed its corruption. Supporters of the Labour Party felt that was improbable. They were even disgusted we would, as they saw it, “instrumentalise” someone’s death for political advantage.

Twenty-five years of PN rule convinced them the PN felt it had a divine right to rule. People who were trying to pin corruption accusations on Labour politicians were trying to re-assert that divine right. That’s how Labour voters saw the PN’s campaign against corruption from Simon Busuttil’s time before 2017. They galvanised tightly against it. They steeled their thinking to prevent themselves even considering Joseph Muscat was shielding corrupt ministers.

And yes, many Maltese people are not too bothered by corruption. And some even admire it. That too is not an exclusively Labour characteristic.

Within that galvanised and steeled siege mentality, linking the killing of Daphne Caruana Galizia to the accusations of corruption against Joseph Muscat and his government were for two years perceived as an escalation, a hyperbolic attempt to prize away from Labour its legitimate and democratic right to govern.

For two years there was stalemate.

The penny dropped when Yorgen Fenech was arrested. A national moment of collective realisation occurred at that point. Needless to say, we understand Yorgen Fenech is innocent until proven otherwise. But his arrest has promoted, in the minds of basically rational people in the country, whichever party they voted in 2017, the notion that Daphne was killed because of corruption in Muscat’s regime from a partisan rallying cry of a bunch of shrill, entitled, Simon Busuttil-nostlagic PN extremists to the realm of objective reality.

The arrest of Yorgen Fenech did not tell people from all walks of life that Yorgen Fenech is guilty. It did tell them however that the police, under a Labour government, considered the motive of Daphne’s killing to be indeed the corruption in Muscat’s regime.

But we are not desensitised to political murders. We have thankfully not had many and nobody seems keen to change that. Karin Grech and Raymond Caruana have been appropriated by the two parties as “their” heroes, it’s true. But with the distance of time I doubt you’ll find anyone that would really think either victim had it coming or deserved to die.

We do hear that sort of cruel talk about Daphne Caruana Galizia. Even now there are people who say it but their voice is becoming lonelier and loonier.

After Yorgen Fenech’s arrest the silence that followed from the Labour Party camp was transformative. There were many signs that the arrest has brought the basic facts about Daphne’s killing out of the box of tribal obtuseness and into the realm of objective reality.

Many party supporters went silent. Or they refined their support to start distinguishing between the Labour Party and its present leader. Or they started to brief the press anonymously for the first time ever revealing an unravelling of the tight bond in the leadership of the Labour Party.

Any triumphant delight in this change is misguided, offensive and counter-productive. It is certainly a positive and encouraging development but it is wrong to perceive it as some defeat of an enemy. When truth wins, there should be no losers except those who sought to conceal it and pervert it. Just because many failed to see the truth does not mean they collaborated in its suppression. If we try to exert collective punishment by mere association, if we try to goad at the people who join the call for justice, we will shelve all hope for the achievement of our greater mission.

For yes, we have bloody-minded focus on achieving the objectives we set out of ourselves when we shook ourselves out of the daze and the stupor that day Daphne was killed. But we must remember this is not where this started.

This job did not start when Daphne was killed. This job started when she was alive decrying before anyone else noticed the fact that Malta was losing its normality, sacrificing good sense, restraint, fairness and openness, to greed, corruption and institutionalised impunity.

There will be no normal Malta if a tribe seeks to put on the crown of a God-given right to govern on the assumption that the other tribe, the entire tribe, is not capable of moral judgement.

Last Friday in Valletta for the first time in the crowd there were people of a significant number who voted Labour in 2017. That fact alone takes away from Joseph Muscat the legitimacy and the populist justification he has clung to, to stay in power and use it to protect himself and the other crooks that stole our country. We would be idiots to make those people who are joining us now feel like they owe anyone some form of apology.

Let’s make this a victory for a people who manages to redeem itself slowly and painfully of the evil greed and murderous indifference that has torn us open these past six years. If we don’t, it will never get better. It will never be normal. We’ll never finish what we started.

Previous:Join us
Next:Government hired UK PR firm to brief journalists that Daphne “was a corrupt spy for Russia” – Swedish newspaper