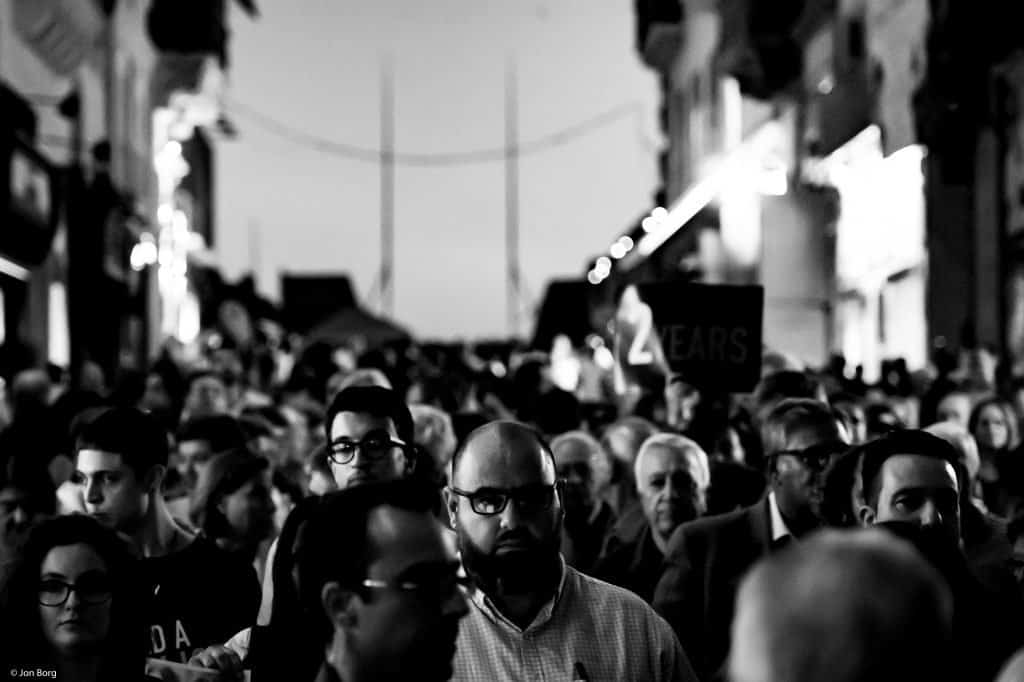 I didn’t expect Raphael Vassallo to like what I had to say in my article on how the mafia works. I spoke about omertà, the silent conspiracy of people who elect to say they believe the mafia does not exist. And then I used one example in a line Raphael Vassallo and MaltaToday has taken to reduce the killing of Daphne Caruana Galizia to banal ordinariness.

Then I said that “unwittingly, or perhaps because he is a part of the mafia conspiracy that killed Daphne Caruana Galizia he perpetrates the myth that arresting and punishing the triggermen resolves the crime. That is how he (and others) cover up for the mafia, thereby being part of it.”

It looks like Raphael Vassallo missed the generous concession I made that he may be an unwitting collaborator. In doing so he shows himself to be a witless one.

The lawsuit against me he announced yesterday goes out of its way to prove my point.

Raphael Vassallo hired Edward Gatt and Mark Vassallo as his attorneys. They also appear for Keith Schembri in the libel suit he brought against Simon Busuttil for the Panama allegations.

He accompanied his announcement with a rather pathetic lament that my article amounted to intimidation and a suppression of his freedom of expression. Leave aside for a moment the self-evident absurdity of this. Raphael Vassallo at last acknowledges, in contradiction with so many articles he wrote to argue just the opposite, that freedom of speech is not unrestricted in this country and that it requires action to protect it.

Now he neglects to note that he is the one resorting to the courts to bash and punish someone’s writing. He describes himself as a journalist but in this episode at least he is suing a journalist to protect his reputation, such as it is, as a public figure whose writings are very often propaganda for the state.

The fact that he’s not a government employee is secondary. He is in effect contracted to do his work by the government. MaltaToday is flush with government advertising while the tap is tightly squeezed for its competitors when they dare criticise the government. Raphael Vassallo’s associate, Saviour Balzan, is given paid government consultancies and a TV show on public broadcasting which is paid for by the government and which speaks for it like iron curtain TV propaganda.

Saviour Balzan feels so deeply compromised by government control that he has had to deny having any influence on the news team of MaltaToday. Sure he doesn’t. He merely employs them.  As he employs Raphael Vassallo.

It is becoming clear that those who have captured our state are becoming increasingly impatient with journalists and civil society activists who did not wither and shrink into silence after Daphne Caruana Galizia was killed. They are turning the heat up. They are increasing the effort to discredit their critics, isolate them and separate them from the audience that watches them or reads what they write.

They are impatient but they’re not yet getting clumsy. They’re not getting their hands dirty. Instead they’re getting their contracted agents, their unwitting or witless lapdogs like Saviour Balzan and Raphael Vassallo to wade in the mud on their behalf.

Italian journalists are lobbying for a change in libel laws to introduce a penalty amounting to half the damages they ask from a journalist they sue to be imposed on someone found to have opened a vexatious libel suit.

Libel suits like this one that Raphael Vassallo just filed against me are not meant to be won. They are opened purely for their nuisance factor. Far fewer people found I had said Raphael Vassallo would be helping the mafia by writing that Daphne’s murder is solved with the arrest of the three alleged assassins from my original article than yesterday after this libel action was announced. Raphael Vassallo knew that the best way to protect his own reputation would be to shut up about it. But it’s not his own interests or professional integrity he’s protecting.

Instead his masters rely on the nuisance factor of this: the time and money wasted in court facing never-ending delaying tactics stretching this beyond any point where it still has any meaning.

You heard about this yesterday. It will be months and years before this little stupid battle between two so-called journalists is settled.

But it’s a side show. I’m not the story. Nor is Raphael Vassallo. The story is the mafia that has taken over our state and that uses all institutions – police, judiciary, even the press – to act in its own interest and contrive to declare it isn’t even there.

And yesterday, by opening this lawsuit against me, “unwittingly” Raphael Vassallo helped them. Again.