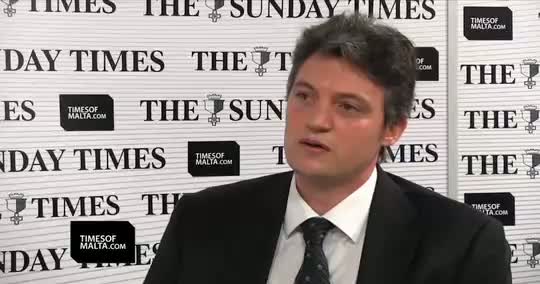 Here’s Konrad Mizzi, star candidate of the Labour Party, odd, tall, code-switching, involuntarily smirking, apparently competent special offer of the Labour Party brand on the eve of 2013 election. He’s giving an interview to Times of Malta saying why the misery of Malta under the yoke of the stupid and rotten nationalists would soon be lifted.

“What exactly do you mean by ‘the best in Europe’?,” the journalist asks.

Konrad Mizzi answers, “we will have the highest political standards in Europe and will not tolerate any corruption. Standards of behaviour that have been accepted under a Nationalist Administration will not be accepted by Dr Muscat. If one of his ministers acts improperly, he will be out the next day.”

Oh Konrad, look at you now.

Previous:Government hired UK PR firm to brief journalists that Daphne “was a corrupt spy for Russia” – Swedish newspaper
Next:Also what he said