Another Memo to Robert Abela. What are you doing with Konrad Mizzi?

This blog started on the 6 June 2017, a couple of days after Joseph Muscat was confirmed as prime minister. The atmosphere of the time was poisoned and frustrated by the government’s manifest intention to use the election to clean its slate and pretend that all that came to be known before that ballot could be swept away.

One of the very first posts on this blog, on 8 June, was in expectation of Joseph Muscat’s announcement of his new cabinet. I asked ‘will Konrad Mizzi be made a minister again?’ 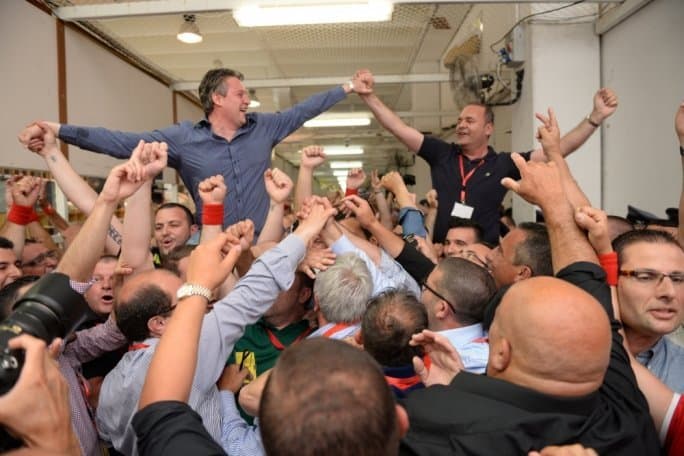 As we all know he was.

Where were we at the time? Konrad Mizzi was caught lying about having a Panama company set up the week he came to office. Calls for his resignation were ignored though he did quit the job of Labour Deputy Leader which he had been in for just a month when evidence was published that he was lying about Panama.

In his case there had been a breach of the law since everyone is obliged to inform the taxman of companies they have abroad. Konrad Mizzi didn’t and paid the taxman a fine. But even that was not considered a resignation matter by him or his prime minister.

When the election came and went in 2017, Joseph Muscat reappointed Konrad Mizzi as his Minister. He half-heartedly “relieved” him of his energy portfolio but even as tourism minister he kept de facto control of the Electrogas deal.

With time we would learn why. His Panama company – with Keith Schembri’s – was lined up to receive a hefty daily bribe from a company in Dubai owned by Yorgen Fenech who fronted the Electrogas consortium.

None of this forced Konrad Mizzi out or forced Joseph Muscat to fire him.

His resignation came hours after Yorgen Fenech was arrested charged with the murder of Daphne Caruana Galizia the journalist who had discovered Konrad Mizzi’s (and Keith Schembri’s) Panama companies.

There were no new revelations we knew of after October 2018 about Konrad Mizzi’s corruption. And yet in November 2019 he resigned in disgrace.

Yet there he was at all Labour Party events as his party, and him, chose a new leader. There he was yesterday feted by Robert Abela as Konrad Mizzi feted Robert Abela back.

So, we’re back asking the question we were asking in June 2017. Is Konrad Mizzi coming back to government?

But these were symbols. Konrad Mizzi retained the power, the authority and the opportunity for corruption which he indulged in with smugness and without shame.

Joseph Muscat used the excuse that he depended on Konrad Mizzi’s unique skills and would therefore sustain the criticism received for retaining him because that was in the public interest. And true enough he did so until he couldn’t sustain that criticism anymore and he reluctantly let Konrad Mizzi go. He soon followed him down the tumbling road.

Like Joseph Muscat however, Konrad Mizzi is determined to ensure that his resignation of last November would not be the last word on his story. Walking away now would be prohibitively expensive.

Robert Abela would do well not to repeat Joseph Muscat’s ‘mistake’ on this either. Whatever unique skills Konrad Mizzi is believed to have, a role in the government for him is an act that continues and exacerbates the undermining of the rule of law. It preserves the state of impunity for the corrupt. It protects criminals from proper investigation and criminal action.

It would make Robert Abela not merely a successor of Joseph Muscat as prime minister but as prime provider of asylum to criminals in power.

Memo number two to the new prime minister then. Here’s another ‘mistake’ no one around you – especially not Konrad Mizzi – is advising you not to repeat.

We’ll be there to remind if you choose to defy the nation’s anger at Konrad Mizzi. And you’ll be taking that anger upon yourself.

And we’ll be there to remind you if we don’t see a proper criminal investigation into Konrad Mizzi’s corruption start forthwith. Impunity is one thing that must not survive your plans for continuity.

Previous:Memo to Robert Abela. One of many to come.
Next:A third memo for Robert Abela. Today you can implement the first GRECO-required reform.