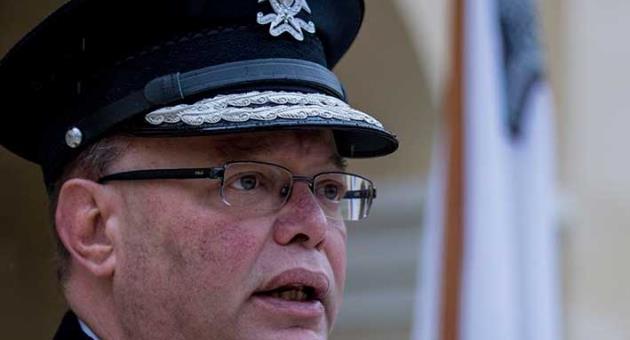 If Daphne Caruana Galizia died because a meteor landed on her head or because she stepped accidentally onto the epicentre of a sudden earthquake, the inability of one police chief after another to determine that she was in special and specific danger of losing her life might be forgiven.

There was nothing hidden about the motives to kill Daphne. Her danger was there for all to see.

Those police commissioners should be grovelling in front of the public inquiry, not to mention the victim’s family, apologising for their inability to properly assess the risks Daphne underwent and, by their own admission, doing exactly fuck all to assure the protection of her life.

Domine Dirige Nos indeed. It’s like Peter Paul Zammit and Ray Zammit and the others expected some sign from God before they would act to protect a journalist. Anyone who read Daphne every day and had a sinking feeling she was in some trouble when she left her blog for some three consecutive days because of some deadline she was on, could have told them that Daphne was in real and present danger.

The fact is they ought to have known. That’s what they’re there for. A police chief’s job is not necessarily to be the first on the scene when a terrorist attack happens as Lawrence Cutajar today lied about having been at the scene of the crime when Daphne was blown up by car bomb. Police chiefs are expected to use intelligence (ah, how incongruent is that word), diligence and hardcore police work to protect our democracy starting with making sure our journalists are not killed.

That pathological stupidity (at best) or half-conscious complicity in the crime itself is not a million miles away from Keith Arnaud attending “operational” meetings on the arrest of the Degiorgios, of Melvyn Theuma and of Yorgen Fenech in Castille with the prime minister and, by extension with Keith Schembri.

This is wrong on so many levels.

Suffice it to say that when John Rizzo suspected Chief Justice Noel Arrigo and Judge Patrick Vella accepted bribes from an imprisoned drug lord to reduce his sentence on appeal, the police chief did not ask the prime minister for an “operational” meeting before he arrested them.

First, he arrested them, then he interrogated them, then he was satisfied he was ready to arraign them and charge them. And then and only then he called Prime Minister Eddie Fenech Adami to let him know his nominee for chief justice was a crook and he was going to make sure he goes to prison for it.

You see? There was a time when institutions worked.