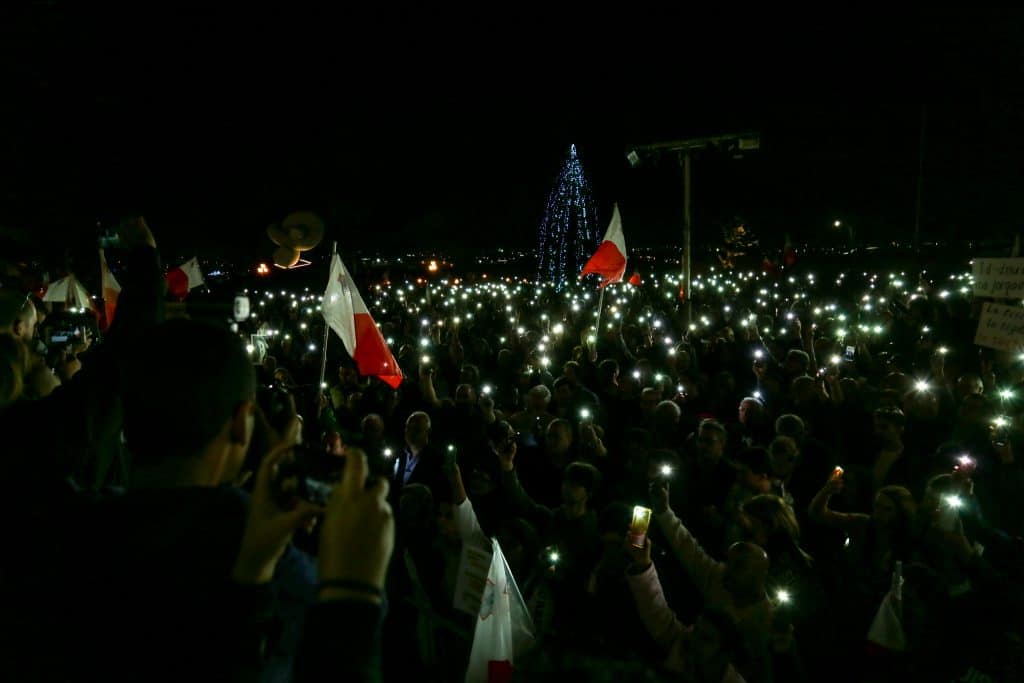 The protests of November and December 2019 were the biggest and most sustained public political manifestations not called by either major political party in living memory. They were also the most successful. They achieved aims broadly thought impossible just a few weeks before including the resignation of Joseph Muscat from the office he least wanted to leave, the office of the prime minister.

Everyone joined. The left, the right, people who never thought themselves as either. There were expats who made this country their home though they hardly speak the local language. There were veterans of many political battles and newly awakened fighters who had just walked down from the viewing stands for the first ever time.

Newspapers and media formally supported the protests. Unions, lobbies, the strangest bedfellows. Many got over the mutual dislikes and rubbed shoulders with others seduced by the smell of imminent victory.

Waves of political movement do not start on their own. The protest movement that swept Joseph Muscat, Keith Schembri, Konrad Mizzi and Chris Cardona out of their plush offices was a last ripple from the deafening and inaudible blast that rushed out of Bidnija more than two years ago. They were removed by the truth Daphne Caruana Galizia wrote.

But a lot of work had to happen between that foulest day and the collapse of the conspiracy that killed her.

Daphne’s sons, with her husband, her sisters, her parents and her nieces worked indefatigably to protect the memory of their mother, to tell her story and to make sure everyone understands what her killing truly meant.

Journalists from all over the world covered the story and still do, horrified by the evil that killed her, determined to see the bastards pay for their actions.

And activists here protested for over two years to make it abundantly clear they were not like everybody else. They were not going to simply accept what happened.

We weren’t always endorsed by media houses and news organisations. For months we were ignored. Our statements and speeches overlooked. Our actions unmentioned. As if we weren’t there at all.

We weren’t always supported by other organisations. For a long time we were isolated as Johnny-come-latelies or closet nationalists or ineligible campaigners for an ineligible cause.

Prime ministers and ministers and government spokesmen didn’t always quake in their shoes at the sight of our protests. They didn’t always prefer to step aside and let us protest at the memorial in front of the court building for example. Instead every day for two years they crushed it, taunting us with legal letters, sending thugs to intimidate us, to shout at us, sometimes to beat us.

Prime ministers and ministers didn’t always say they “spoke the same language on good governance”. They said rather that we were “traitors” and “fanatics” and “extremists”.

We went through all that for 25 months, month in month out, week in week out, day in day out with no certainty of victory. Only a fool’s hope fed by that other dangerous drug: conviction, the certainty of being right.

It’s just that that scent of victory they sniffed at last November has blown away as a result of a combination of the satisfactory results obtained by campaigning and the irresistible desire for a normality where one does not need to fight anymore.

But we called a protest for tomorrow without any illusions. We feel the same steely determination we felt in November 2017, the sort that tells us that it hardly matters to us if we show up alone or that the local press (or much of it) will ignore us, or that partisan media (we tasted that from both sides) will call us abortive, treasonous, fetishistic anarchists, or that politicians and governments will ignore us.

To us it does not matter because we know we’re right and sooner or later we’ll get the job done.

But it should matter to the people who stayed at home for 25 months while our feet squelched ankle-deep in the muddy trenches. It should, because if there’s something they should have realised last November when they joined us when we climbed over the top, it is that if they had joined us earlier the country would have been saved two years of humiliating grief, of uninhibited misappropriation, of injustice and of the burning of evidence.

Tens of thousands who supported our cause outsourced the fighting to us. But we’re no professional army. We’re people who neglect their homes, their jobs, their professions, their businesses and their families in pursuit of elusive truth and justice.

We would find it sooner if we stuck together.

We know full well that Robert Abela pressed a reset button on our protest movement with his “ħalluna niggvernaw”. People who would rather live their lives than protest continue to give him the benefit of the doubt even now. Some have suggested even on the comments boards of this website that tomorrow’s protest is something Robert Abela manipulated us into calling in order to strengthen his hand as he punches out Joseph Muscat.

It’s incredible to me now that with all that we’ve experienced people still think of political leaders as universally endowed with Napoleonic foresight and strategic ability. And it’s especially incredible to me now that people prefer to wait for politicians to solve problems they have no shred of a motivation to address than to stand up for themselves and say why change is needed.

But we will not let this simple frustration keep us down. We are not driven by success. Our motivation is our desire for the truth and our ambition for justice. Though we happily admit that the partial wins of the end of last year give us heart.

Those places in the square to our left, our right, our front and our back don’t get magically filled.  If you feel what is happening in our country is not right and want it to change, you can bring the change about. But you’ve got to work for it.

The streets are yours. Don’t stay away.