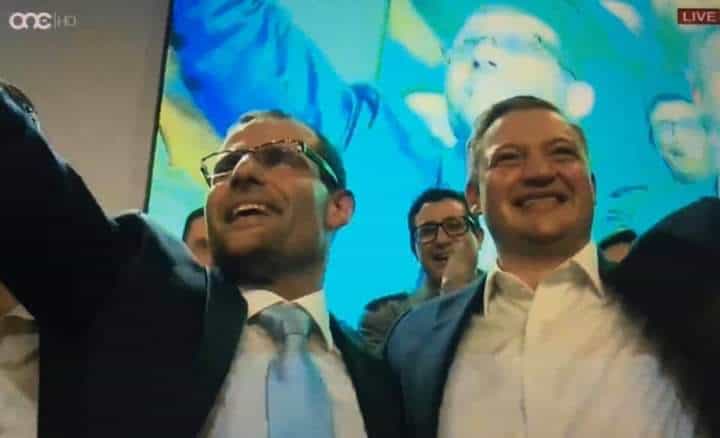 Julia Farrugia Portelli issued a statement saying she ordered the tourism authority (that reports to her) to cancel a fat and utterly pointless consultancy contract it entered into with her predecessor Konrad Mizzi, who resigned in disgrace.

We’re supposed to be ok now?

This is like a thief in black leggings and a carnival mask caught tiptoeing out of a jeweller with a big stone. The police take the big shiny diamond away from him and let him go with a tsk-tsk.

You haven’t even started yet. Things are nowhere near normal yet. They’re nowhere near at the point where we can shake our heads in bemused bewilderment that the government has nominated Jean Claude Micallef to head the parliamentary delegation to the OSCE, a man who appreciates the functions of that body only slightly less than he understands the functions of his own.

But there are more urgent things to deal with now.

Julia Farrugia Portelli assures us Konrad Mizzi never received payments in connection with this contract. So, they stopped the thief on his way out of the door.

Who approved this contract in the first place? Julia Farrugia Portelli was not a minister then so she can’t be blamed. Probably (though that’s not entirely clear) the minister for tourism at the time was Joseph Muscat. Can the government confirm that?

Did Joseph Muscat issue written instructions to the authority to enter into this contract with Konrad Mizzi? Or was this rather the initiative of Johann Buttigieg who signed this contract, the same cowboy who flew a planning board member on a private jet in order to vote for the approval of the St George’s Bay development? Has Julia Farrugia Portelli fired him?

And has she fired the tourism authority’s board? Or is the board also saying they didn’t know about any of this?

Meantime, there’s more. Has Konrad Mizzi been paid his severance package when he resigned in ignominy last December? If yes, can someone get that money back please? We can’t be paying compensation for people who resign because of the arrest of the assassin believed to have killed a journalist because she discovered they were bribing you.

And finally. When is Konrad Mizzi going to be investigated for money laundering and bribery? When is anyone going to move, after Manfred Galdes testified in an open inquiry that the police have had documented intelligence of Konrad Mizzi’s suspected crimes since that time we can barely remember when Daphne Caruana Galizia was still alive?

Robert Abela is not getting our applause for panicked U-turns. Just get on with your job. In respect of Konrad Mizzi you know just what to do. Keith Schembri and Joseph Muscat are no different.

You can start by having them removed from your parliamentary party so that you can start dealing with their crimes properly. Otherwise you’ll keep tripping as you find out more of their conspiracies and intrigues.

We’re coming to Valletta tomorrow to protest at 6pm. Someone needs to tell you what your advisors clearly aren’t. It doesn’t matter if you’re not guilty of their crimes. Every time you cover up for them as you tried to do in the last 24 hours, you’ll get caught. And it’s already starting to look like you, Robot Abela, are not your own man at all. You’re but a sock puppet with the bloody fists of murderers and crooks up your backside.

Get on with it, Robot Abela. Or get out.