Is Andy Ellul advising the government? 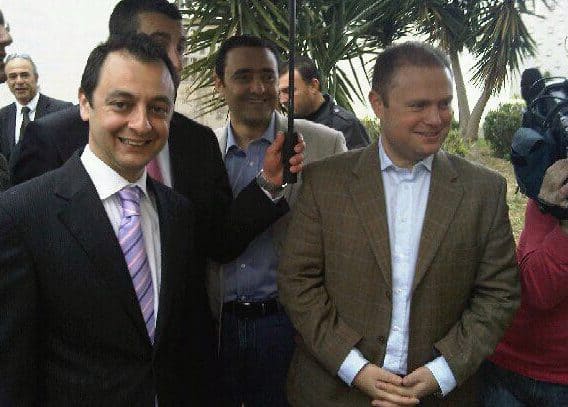 Andy Ellul’s article in today’s Times of Malta is positively bonkers. It is so utterly mad, Robert Musumeci could have written it. If he dares snub me because I’m not a lawyer and therefore unqualified for disagreeing with him he should consider his own audacity in trying to lecture the dean of the faculty of laws, Kevin Aquilina, about what’s right and wrong.

But then he goes on to say why he thinks this is the correct model for us and in the same paragraph to give us all the reasons why this method is entirely unsuitable in our context.

“Police commissioners form part of the executive and they have, like all other departmental heads, to toe the electoral programme of the government of the day.”

I no longer wonder if they really mean this sort of thing when they say it. Andy Ellul should perhaps discuss with the police chiefs of Ireland, Estonia, Sweden and Austria and ask if any of them feels even the least bit bound by the electoral program of the government that appointed them.

Police chiefs owe their commitment to only one text: the laws of the country. If a government is committed to change a law because of a promise made in its electoral program, then it’s for that government to make the change. The Police’s job is to enforce the law as it stands.

This attitude that the police are agents of the party in government has brought us in the mess we are now. It is what got Lawrence Cutajar to believe it’s his job to ensure Konrad Mizzi, Keith Schembri and Joseph Muscat exist above the law.

Andy Ellul says the system of appointing police chiefs has served us well since 1921. That’s not quite true. Indeed one of those police chiefs was sent to prison for supervising a murder in his own office at police head quarters and that’s just the most obvious example of a police chief that felt bound by the electoral program of the government that appoint him. In his case the electoral program was the suspension of constitutional restraint and the dictatorship of the proletariat.

But since 2013 the ‘system’ of depending on the whim of the prime minister with no restraint and no counter-check has led to the impunity we’ve suffered since 2013 and continue to suffer now. That’s not a system at all. It’s rule by royal decree peppered with divine right.

Andy Ellul refers to EU countries where the home ministry appoints the EU chief. Those countries, as Andy Ellul half heartedly confirms, give the appointees terms of office during which they have security of tenure. In our system not only is the police chief handpicked by the prime minister but he can be fired at his whim. Perhaps Andy Ellul should test the scenario of the dismissal of John Rizzo because he wanted to charge John Dalli and Joseph Muscat wanted to protect him on one of the police chiefs of the countries of his choice and argue with them that our system is great.

Also Andy Ellul should remember that these are countries with a general expectation of decency and spine in public officials. Some of these home ministries with the power to appoint police chiefs also have the responsibility to conduct general elections for example. We have the electoral commission instead which is a body that is independent of the government. Would Andy Ellul be ok with the home ministry running the general elections instead, to imitate this European model? Would he be ok if elections were run by a nationalist minister from a nationalist government?

Of course not. Because checks and balances and constitutional improvements occur within the context of the place in which they’re needed. Andy Ellul, like our institutional set-up, is still stuck in the colonial frame of mind that power is exercised in the name of the will of the sovereign through their representative on the land: the governor-general.

We had rather hoped we outgrew that. Andy Ellul hasn’t.

Previous:U-turns don’t cut it
Next:Is Joseph Muscat now on the payroll of a dictatorship?