Is Joseph Muscat now on the payroll of a dictatorship? 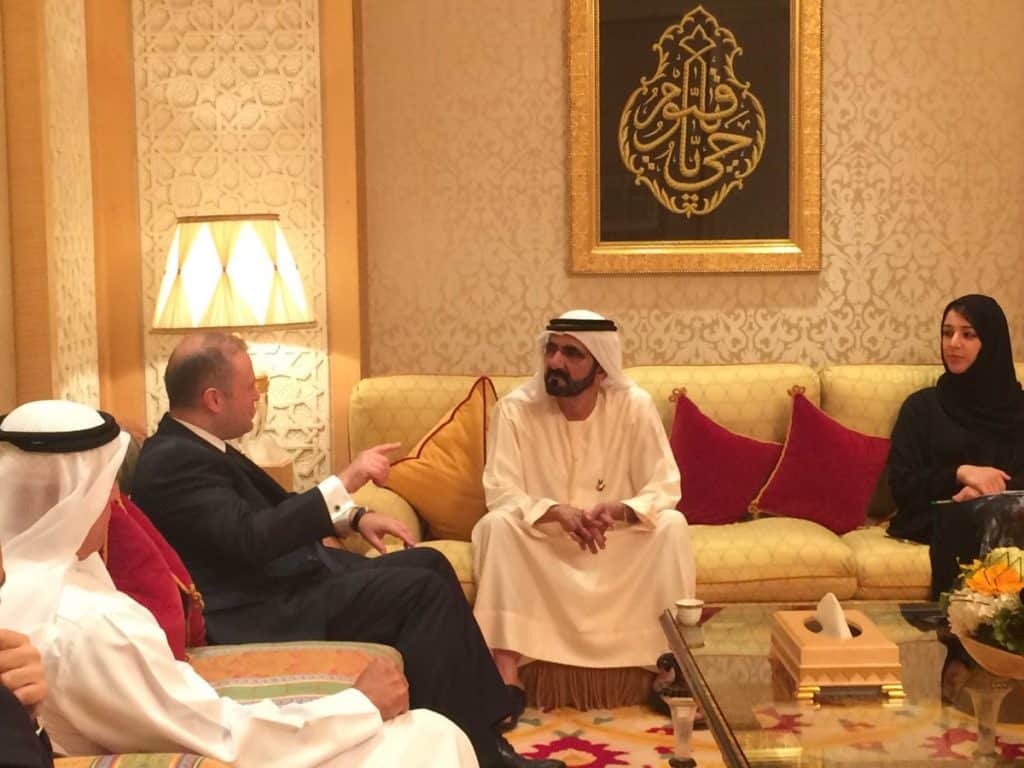 Comments made to the press this morning by MEP Roberta Metsola, after asking some tough questions of prime minister Robert Abela in Brussels, suggest that Joseph Muscat flew to Dubai last December to sign up on some sort of retainer with the Dubai emirate or one of its senior agencies.

When asked if he knew what Joseph Muscat was up to in Dubai, Robert Abela said this morning he did not know and would never ask Joseph Muscat. He however did not reply on whether he knew a member of his parliamentary group was advising a foreign government.

Joseph Muscat has not yet commented on the allegation, though he has so far failed to justify his expensive first class flight to Dubai with his wife and daughters for a 3 day trip most of which was spent flying to and from the Gulf. Joseph Muscat has also so far not provided any indication of where he was staying while in Dubai and who paid for his costs. His answers so far have been limited to “none of your business”.

MEP Roberta Metsola suggested this morning that Joseph Muscat is now on a hefty retainer paid by the Dubai government though the scope of the consultancy is also unclear.

Dubai is a notoriously secretive government that failed to cooperate with the Maltese authorities when Magistrate Aaron Bugeja inquired over transactions through Dubai to Pilatus Bank in Malta. The transactions amounted to alleged bribes paid by the daughter of the president of Azerbaijan to Joseph Muscat’s wife Michelle.

Dubai has in fact been targeted for condemnation by European institutions for not cooperating with international money laundering investigations.

Dubai also has a poor human rights record that is criticised by human rights organisations. Homosexuality is banned and punishable by imprisonment, fines, flogging and death. The emirate’s laws discriminate against non-nationals and are used in a systematic manner to abuse imported labour. Apostasy is also a capital crime. The Dubai government retains a list of journalists that are banned from writing in the country. TV stations that are critical of the authorities have been banned. Women are systematically discriminated against and the emir’s own wife absconded from the country seeking asylum in Europe.

It is a shocking ethical conflict for an MP of the Labour Party to be providing advisory services to this client. Dubai’s human rights and money laundering policies are diametrically contrary to democratic values let alone the policies of European socialists.

The Malta Labour Party should have rescinded Joseph Muscat’s whip as a member of its parliamentary group the day he announced he would resign. An added reason to do so immediately is emerging today.

It is also unacceptable for the government to be paying Joseph Muscat any termination or transitional benefits when he’s already bounced from working for it to working for another government. His close association with a greedy and autocratic kleptocracy cannot continue to damage Malta’s reputation in the rest of the democratic world.

Previous:Is Andy Ellul advising the government?
Next:GUEST POST: Can the Partit Nazzjonalista be the solution?