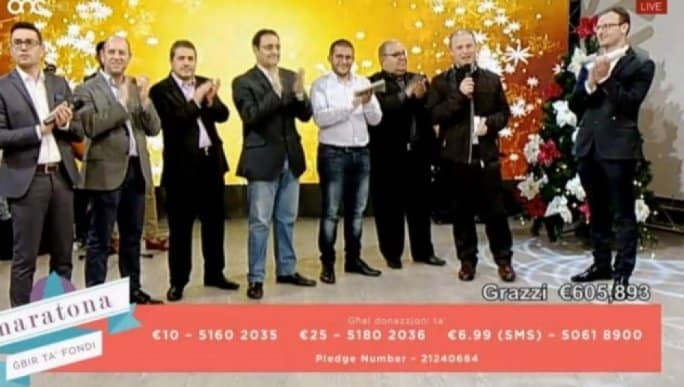 Our democracy is in a mess and our institutions are mere ghosts of what they should be. Fixing most institutions will require patient constitutional design. Some of them require that patient design to start in earnest. But no one underestimates the complexity of changes to parliament, to the courts, to the civil service, to the planning authority, to other regulators and so on.

But there is one institution that is barely mentioned in the constitution which is incredibly influential in the exercise of power but poorly regulated. It is also the back door for corrupt interests to influence policy, if not to dictate it altogether.

That institution is political parties. Although many follow their party like it was some religion, parties are meant to be a means to effective governance in a democracy. They are supposed to mediate between arcane law making and the general public that delegates to professionals the business of running their country for them.

Parties are supposed to organise groupings of politicians on shared platforms so that ideas can be recognised from a little distance like uniforms on a battlefield.

Parties are supposed to exert discipline on wayward rogues, providing a means of peer pressure and informal control before the corrupt go so far that they need to be stopped by formal institutions like the police.

Parties are supposed to serve as thinking rooms outside the narrow confines of government, where ideas are tested, debated and developed and where people outside government can keep those within it on their toes with alternatives and better options for the public to choose from.

Parties are supposed to provide a space for more people in the community to engage in their affairs of their country, to volunteer, to participate, to contribute their time and their ideas to help push for an outcome they think would be best for themselves and their neighbours.

When that’s what political parties are and do, they are a force for good. Disagreement is natural, dialectic is healthy, debate is welcome. Parties win and lose but the community benefits from alternation, a crystallised public discourse that considers the good and the bad in everything and voters have options to choose from.

The way our political parties are funded what we get is a shell, a pretence that fronts for and hides an insidious control by faceless men from behind the scenes.

Sandro Chetcuti said in court this week that though he’s a paid-up member of the Labour Party he has always contributed generously and equally to both the Labour and the Nationalist parties. What Sandro Chetcuti meant us to understand by that was that it is not true that he has corrupted the Labour Party to do his bidding as both parties have benefited equally from his generosity. But that is warped logic not surprising from the leader of a lobby that believes that the best way to conduct development and planning policy is “to make hay while the sun shines”.

The fact that Sandro Chetcuti funds both parties means that he seeks to corrupt both. He seeks to make for himself and his interests the transition of power between parties utterly irrelevant for him and for those whose interests conflict with his. It does not matter which party you vote for, any party that is in government – Sandro Chetcuti wants you to know – is beholden to his interests.

I am reminded of that episode when Simon Busuttil as leader of opposition was reminded rather rudely by Silvio Debono of the db Group that PN criticism of his Pembroke project was inadvisable since the PN was funded generously by the db Group. Albeit unsuccessful, there we saw a big business tycoon seeking to use the currency of their financial support to direct policy.

We know this has been the way Labour has conducted its affairs since Joseph Muscat came to power. It was not a problem he invented, but like many other vulnerabilities of our institutional design, Joseph Muscat exploited it adopting industrial-scale corruption as a method of government.

Political parties have become clubs of the business elite which they pay into as insurance money to make sure they can pull strings when they have to.

They have done so even as their interests in some respect have come in conflict and contradiction with the interests of everybody else: the wildfire cementation of the speck of rock we call our national territory, the conversion of our nearshore into latrines for penned tuna, our exposure to money laundering in casinos that break all rules taking mind blowing cash deposits from gamers, the long shadows cast by towers built on infinitesimal footprints like the long legs of ungraceful, grey flamingos, the licensing of laundries for dictators of other countries, the laying out of petrol stations that would look immodest on the San Diego Freeway, the drilling of an undersea tunnel to flow traffic to overdeveloped ridges of the once beautiful Gozo, the purchase of energy at double what it costs to generate it, the disposal of public hospitals into unknown and inexpert private hands, and so on and on.

This has to stop. Political parties must get back to their proper job description which should not include running errands for unelected tycoons.

Political parties are at least partly state funded everywhere in Europe. The extent of that funding varies and the right of individuals to volunteer contributions and donations to political parties is understood to be protected by free speech rules. Fair enough.

But beyond reasonable maximum caps on such contributions, privately granted donations become so large, and the political parties’ dependence on them so absolute, that the opposite of free speech occurs.

In place of free expression, we have the silencing of smaller voices drowned down by the lumbering power of huge business lobbies whose profits from policies warped in their favour are so disproportionate that they can painlessly afford to pump back more extortion money to political parties and ensure their influence in perpetuity.

The state funding of political parties and revised regulations on the capping of donations with heightened transparency and accountability rules are within the immediate grasp of the new government which must be seen to be turning the page from the old.

Daphne Caruana Galizia was killed for exposing the consequence of the incestuous relationship between government ministers and officials and senior party funders who ran riot with our rights, our land, our air and our money. It appears that the individuals involved in one such specific relationship decided to kill her but it wasn’t the only such relationship.

The entire infrastructure and governance of our state now rests on the flow of this dirty money that, ironically, barely contributes anything to any actual policy making but is mostly burnt in cheap iron curtain propaganda that worships on the altar of the status quo.

Is Robert Abela a robot or is he capable of changing this? I think he’s a robot.

Previous:How can they sleep?
Next:For the prime minister’s reading list