The prime minister we never had 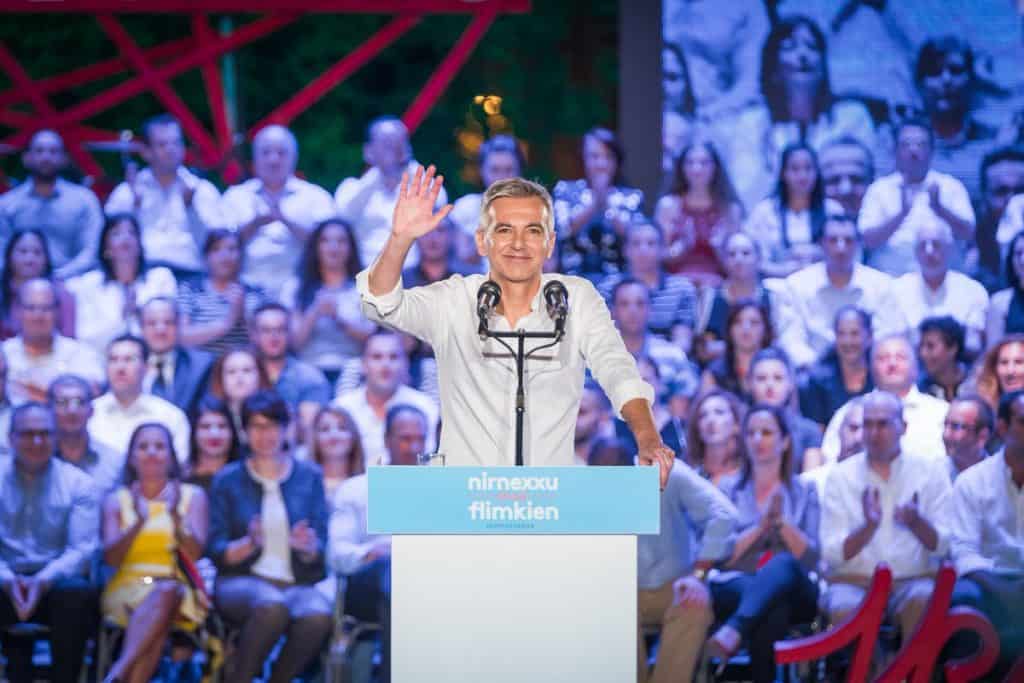 Simon Busuttil has this afternoon been appointed by EPP bigwigs as Secretary General of the European People’s Party.

In June 2017 this country chose Joseph Muscat over him as prime minister. That was our loss. By ‘our’ I don’t mean the PN within which I felt entirely comfortable at the time. By ‘our’ I mean this country that passed on Simon Busuttil’s offer to lead it and preferred instead a crook who could not hold on to power for three years after that.

The country will suffer for years and years the consequences of that choice. As Chris Fearne admitted in a moment of uncharacteristic sincerity that cost him his promotion to the premiership, we have lost the trust of the rest of Europe. But the problem is not only political. The crooks confirmed to power in June 2017 opened the floodgates to the crooks who have infiltrated our economy, our environment, our very lives.

Simon Busuttil campaigned to put a stop to that in 2017. He offered clean politics and the claim that he was uniquely able to deliver that in contrast with Joseph Muscat was generally believed even by people who did not vote for him. Indeed, many voted for Joseph Muscat because the last thing they wanted was clean politics. They wanted their politicians dirty so they could get out of them whatever building permit, phantom job, direct order and unqualified subsidy they needed or wanted.

With Robot Abela at the helm we’ll continue to pretend nothing’s wrong. “There’s nothing to see here” has again become the official policy of the government as shown by the new prime minister’s so-called address to the nation yesterday. We’ll continue to bury the nation’s problems under the carpet while armies of sheep wave red flags and bleat ‘ma tagħmlu xejn’.

The months and years since June 2017 became worse than the months and years before. The country stopped having an Opposition that stood for the rule of law and actively campaigned to resist the outrages on democracy perpetrated by the Panama Gang. Instead Simon Busuttil was replaced by Adrian Delia and the national disease of mediocrity and compromise infected and took over the PN as well.

With Simon Busuttil pushed out of the way, you would be forgiven to feel despair. There were, and are, indeed, crooks everywhere.

Simon Busuttil too must have personally suffered greatly the consequences of the June 2017 elections and then the isolation enforced by a complicit Adrian Delia who acted as a wilful and willing agent of Joseph Muscat because he had the idea that that would somehow suit him.

Simon Busuttil’s erstwhile stellar career went in stasis. A wasted resource that could have been our prime minister was underemployed by a country so desperate for skilled people that cannot come up with anything better than Peter Grech as an attorney general, Consuelo Scerri Herrera as a judge, Jason Micallef as a culture czar and Lawrence Cutajar as a police chief. Lilliput is only funny up to a point. When you’re living in it and ruled by backwater provincials unsuitable to govern a hamlet on the Trobriand Islands even as they elbow out the rare exceptions of skill and talent like Simon Busuttil you stop seeing the funny side of incompetent administrators.

It is so sweet to see Simon Busuttil elected as Secretary General of the largest European political party, getting one of the most strategic jobs you can have on the entire continent if you’re a professional political operative, mediating between the most prominent heads of government, driving forward a continent-scale political agenda, and getting that job in the same week that Joseph Muscat says his next career project will be “in sports” with a little bit of “civil rights” campaigning on the side.

It is so sweet to see Simon Busuttil picked unanimously by all the leaders of the People’s Party as their most senior advisor and the administrator of their shared political affairs, while all members of the European Socialist Party voted in December to demand Joseph Muscat’s immediate resignation from the job he had at the time, impatiently demanding that he leave without waiting on his promised to quit within 6 weeks.

It is so sweet to think of the OCCRP Man of the Year for Corruption for 2019 reading tonight in the news that Simon Busuttil has beat him to the “kważi laħaq” blank cartridge he had farted some 6 months ago when he was trying to hoodwink Malta’s European partners to give him a get out of jail free card and a position in Brussels he could use to make more money.

It is so sweet that in spite of all the humiliation, the pressure exerted by the bosses of his own party, the betrayal of some of his own parliamentary group colleagues who pretended to support him when he was party chief, Simon Busuttil stayed in parliament and continued to fight relentlessly. How poetic it is to see Simon Busuttil was still around just as Joseph Muscat’s smug smirk fell off his face as he underwent the most disgraceful exit from politics in Maltese history.

It is so sweet that Simon Busuttil flies up to Brussels exactly the day after Joseph Muscat crawled down the steps of Castille.

These are rare moments indeed and they must be savoured. If I know Simon Busuttil well enough, he would never do it, but tonight would be a good night to chomp on a cigar watching Joseph Muscat’s resignation speech one more time.

Though in the great scheme of things it’s far from a last hurrah, today this country has seen some justice. As Simon Busuttil flies out to the next stage in his life, we lose the prime minister we did not deserve. But we’ll all gain someone whose exemplary behaviour, steely determination, boy-scout honesty and legendary industry will be making a good name for himself and by extension his country in the corridors of European power.

Even that likely won’t be enough to compensate for the damage to our collective reputation done by Joseph Muscat. But one can only hope.

When you think about your fate as you watch Robot Abela on television addressing the nation with hardly better skill than that of a school boy who won an essay competition with an effort his daddy wrote for him, imagine how your life would have been different right now if the sliding doors had Simon Busuttil addressing the nation.

It’s a good thing that that’s just our loss now, not his. He’s done even better. I think tonight, since he’s not likely to do it, I’ll have me a cigar.

Don’t you worry mate. We’ll finish what you started.

Previous:Hey you pitiross, not so fast.
Next:How can they sleep?