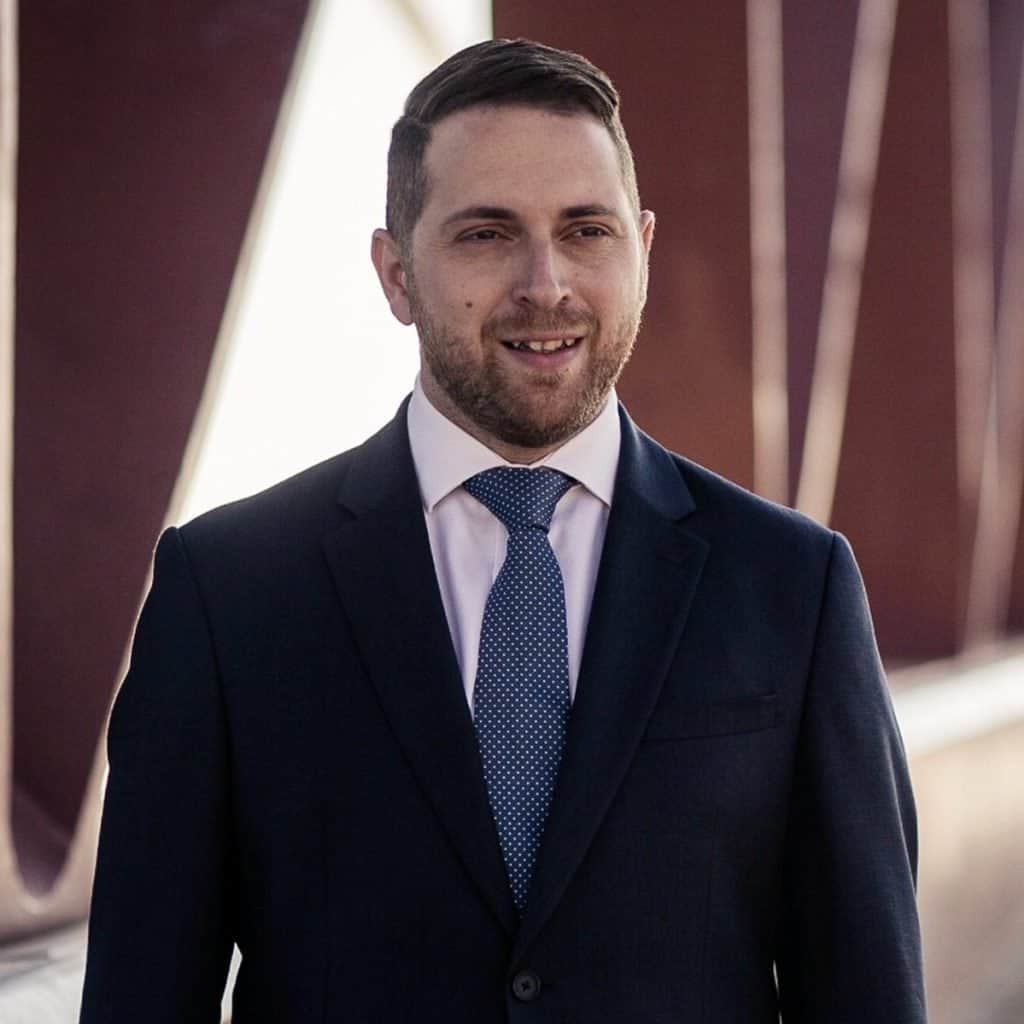 Alex Agius Saliba has good reason to be proud of the extraordinary achievement of his election to the European Parliament. Many people try it. Few succeed. So, he has undoubted qualities that have got him so far.

But he seems to need us to be more impressed yet.

In a mail-shot brochure he sent out to his constituents Alex Agius Saliba claimed he was elected to the European Parliament attracting 35,823 votes. He wasn’t. 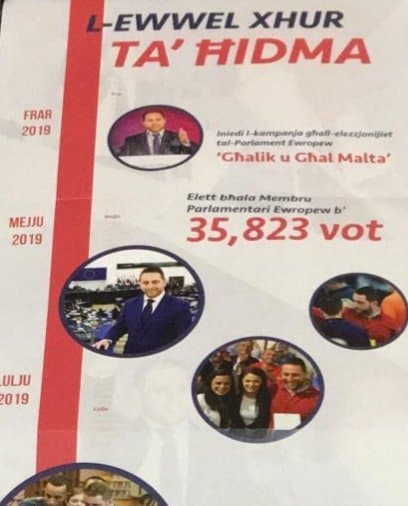 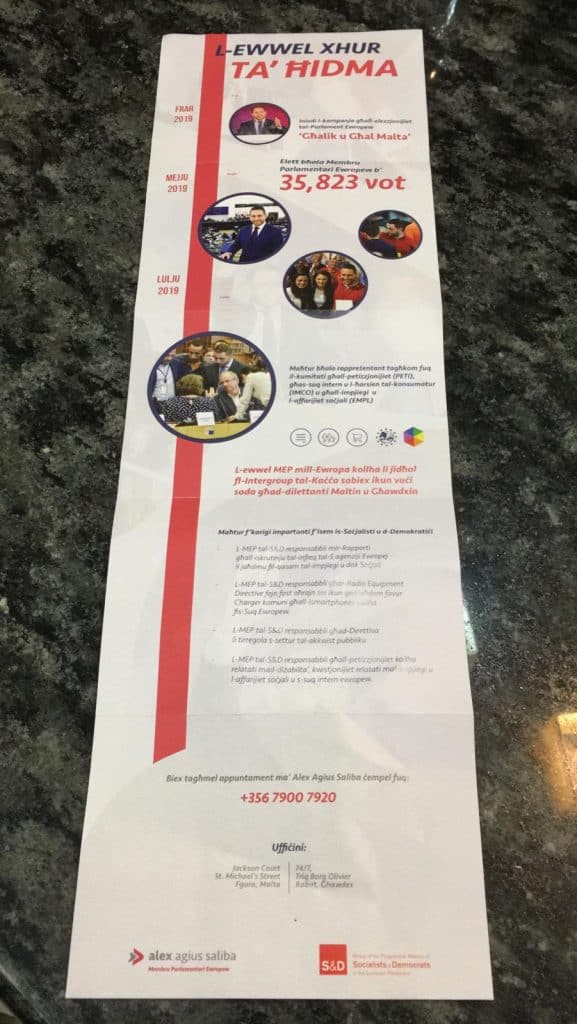 The election results give him 18,808 first preference votes. Again, a brilliant result he is right to be proud of but that for some reason he felt he needed to stuff with a sock to make it look bigger.

If Alex Agius Saliba attracted as many votes as he claims on his brochure he’d have been elected far sooner than he was because the quota was just over 37,000 votes. As it happened he was elected at the 39th count after mopping up votes inherited from candidates eliminated before him.

There his strategic thinking paid off. Our MEP Alex was born Saliba. With that surname he’d never have soaked up enough inherited votes on the ballot sheets to get him elected. So, he married a Miss Agius changing his surname to Agius Saliba putting his wife’s name before his and climbing to the top of the ballot sheet. 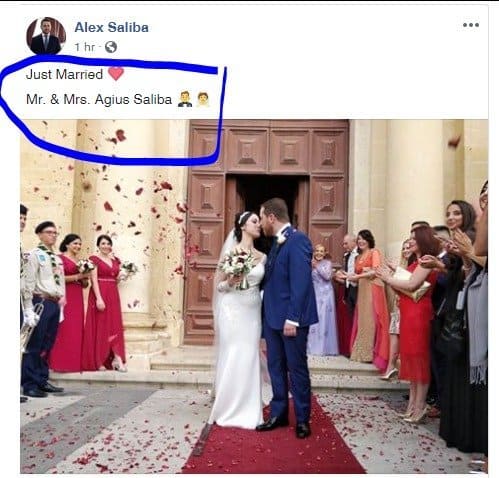 That was enough to get him into the European Parliament but, it seems, he remained conscious of shrinkage when coming out of the pool and decided to, ehem, inflate his ego.

Previous:Corruption in the local film industry: firing the commissioner is not enough. Though it’s a start.
Next:Defiler of truth