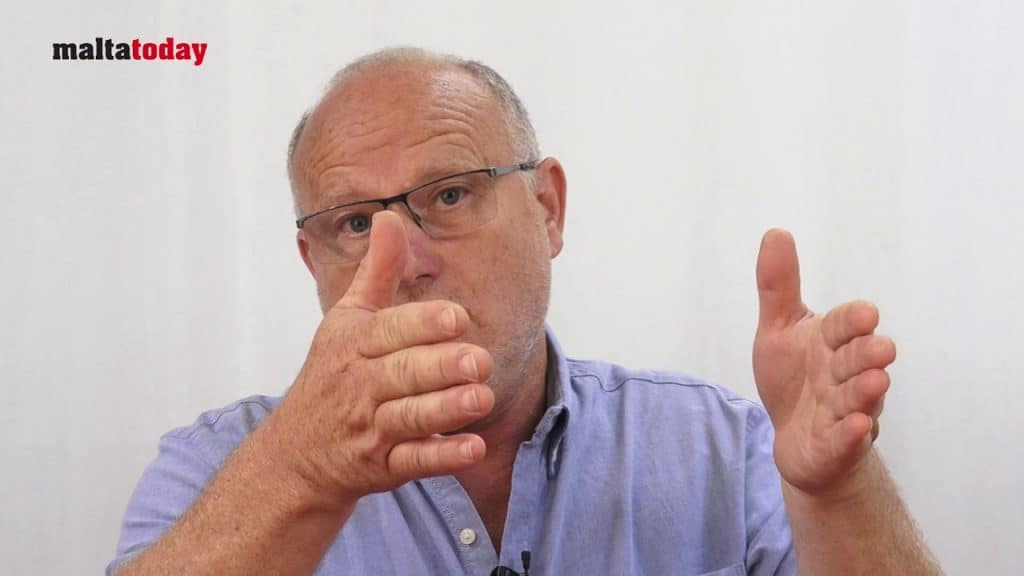 “In my 32 years of journalism, being locked out, manhandled, thrown out, arrested and abused by government staffers – including former ministerial aides such as Manuel Delia – was part of the experience of being a working journalist. Being killed is not.”

The context was an article I commented about yesterday in which he tried to argue that the hate campaign led by Labour politicians, Glenn Bedingfield chief among them, against Daphne Caruana Galizia was not out of the ordinary and had nothing to do with her killing. In this quote here he tries to suggest he was treated as badly as she was and look ma, he’s alive.

I have thought about what to do about this. The sight of journalists suing each other is exactly what the criminal corrupt want. We can go through the business of exhausting each other without them having to pay the court fees. And magistrates have enough spectacles of people too small for their egos and too big for most other things to add yet another unsightly wrestle to their chores.

So I forego another libel suit. Of course, if Saviour Balzan chooses to take umbrage at the fact that here I am in effect calling him a liar, he is free to sue me himself. I will add it to the growing list of spurious claims I’m defending.

But let me make it absolutely clear there are only two correct statements in that quote by Saviour Balzan. The first that he was never killed. The second is that I was a ministerial aide, for the better part of 14 years actually.

But I have never locked out, manhandled, thrown out, arrested or abused Saviour Balzan. I barely remember ever even speaking to him at all.

A member on Saviour Balzan’s newsroom staff can say I locked him out once. Kurt Sansone was covering shifting fuel prices during the oil crisis when he was working for the Times at the time. He was putting his tough questions to me almost daily over a period of several weeks. At one point I felt he was going out of his way to trip me and I also found that his manner of selecting quotes from what I told him when reporting was unfair and misrepresented what I said.

So at one point I told him I would no longer be replying to his questions.

Naturally that did not work. Gordon Pisani was chief of government communications at that time. He called me in a meeting with the Times’ editor, Ray Bugeja, who reminded me it was Kurt Sansone’s job to make my life miserable with his questions. Gordon Pisani just glared at me like an irritated school mistress. That was the end of that and the short boycott was lifted.

I never apologised to Kurt Sansone. It’s one of those things that when you look back at your past mistakes you squirm over. Fortunately, I had bosses that were wiser than me and put me in my place when I stepped out of line.

I just as definitely was never in Saviour Balzan’s way of doing his job. He often refers to his revelations about oil procurement on the eve of the 2013 elections as his finest hour. If there was any story that could have caused political difficulties in any office I worked in during the 14 years when I was a ministerial aide and he was a journalist, it would have been that one.

Perhaps Saviour Balzan should have the decency to confirm that at no point did I make any attempt to give him an alternative point of view on the story, let alone locked him out, arrested or abused him. I was just as keen as he was to get to the bottom of that scandal.

Saviour Balzan should stop seeking to arrange for equivalency when it does not exist. He never faced any of the structural, systematic, coordinated, long-drawn intimidation that Daphne Caruana Galizia faced whether that’s from me or from anyone else. Which is partly why there’s that true bit in his quote, she’s dead, he isn’t.