US prosecutors have charged Bahram Karimi with busting US sanctions against his native Iran. The bill of indictment lists but does not identify two co-conspirators with Bahram Karimi. Financial crime blogger Kenneth Rijock identified in a post today the two co-conspirators as Ali Sadr Hashemi Nejad and his father Mohammed Sayed Hashemi Nejad reputedly one of the wealthiest men in Iran.

Ali Sadr Hashemi Nejad has himself been charged separately with sanctions busting in the same scheme involving laundering almost half a billion dollars into a housing project in Venezuela.

Ali Sadr’s trial is due to start this March and prosecution and defence are currently folding their pre-trial arguments about what evidence will be admissible during the trial. 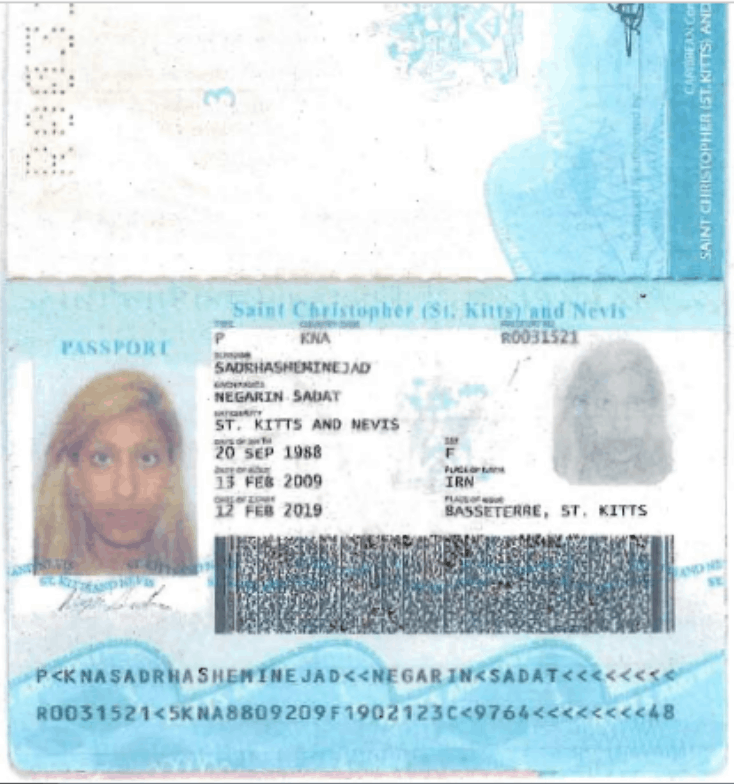 In the meantime, evidence has emerged that Ali Sadr’s mother and sister (who live in Washington, DC) also hold St Kitts and Nevis passports that help them hide their original citizenship of Iran. Ali Sadr himself is known to have held at least two St Kitts and Nevis passport supplied to him by Henley and Partners, the passport-selling agency that works both for the Caribbean micro-state and for Malta’s passport sales scheme.

Ali Sadr’s sister Negarin Sadr Hashemi Nejad, now known to be a citizen “by investment” of St Kitts was the subject of controversy in Malta as her brother Ali Sadr is believed to have financed her business through Pilatus Bank. US prosecutors argue that Pilatus Bank not only laundered money for others but was itself a money laundering front financed from proceeds of the earlier crimes Ali Sadr is being tried for in New York shortly.

The reason why US prosecutors have blanked out the names of Ali Sadr and his father from the indictment against Bahram Karimi is unclear at this stage.