GUEST SERIES: The Subjection  of the Social Sector (Part 4)

This four-part series is written by a retired professional who keeps tabs on what is going on in the social sector and particularly on developments in the public social work services sector. None of the people mentioned in this series have any clue about what is being written about them. Their permission to be mentioned was not sought as none would have accepted, given the fear that has permeated the sector.  If the Foundation for Social Work Services (FSWS) authorities are upset by anything written in this series, they should take a good look at the mirror.  The sources are people above them rather than their subordinates.

This is the concluding post of this series. Part 1 is linked here. 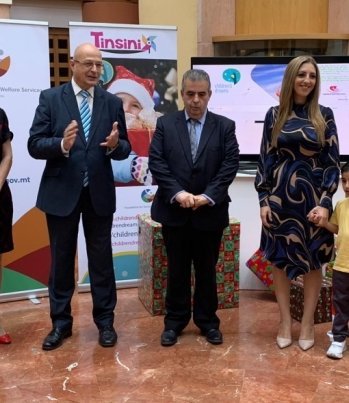 The first three parts of this series have touched upon some of the many developments that are contributing to the disheartening and disintegration of the public sector social work services. These services are often out of the headlines because they do not serve the rich and the famous; rather, they work with some of the poorest and most vulnerable people in our society. In this concluding part, the last two headlines are discussed together with a concluding reflection.

The consequence of all discussed above has been a brain drain of some of the best people from the social work services sector: Yvonne Mallia, John Role, Catherine Fleri Soler, Elmer Stanmore, Pat Bonello, to mention just a few. The problem with all those that either chose to leave or left because they could not bear any longer the subjection of the social sector is that although they are at the very least equally qualified and experienced as the Grixtis, Remendas and Abela Baldacchinos of this world, they do not possess the identity card of a small select group of “professionals” close to the inner core of the Labour Party.

The last headline in these atrocious developments took place over the last few days.  Following a process of colloquiums (FSWS word for interviews) to screen out senior social workers who would not make the next higher grade, the Chairperson of the Maltese Association of Social Workers, Charlene Martin, was rejected from proceeding to next higher grade.  Social workers colleagues of Charlene were dumbfounded by this development considering the invaluable and significant contribution that Charlene’s tenure at the MASW has given to the social work profession, over and above her excellent social work service in all the places she has operated.  The only explanation attributed to the rejection of Charlene from moving further seems to be a strong message from the Grixti-Remenda regime to anyone who will let the professional association of social workers be seen as taking any stand that is critical of their work. In the past, at least one member of the MASW executive was given a warning by the Grixti regime for commenting publicly on the state of the social work profession in Malta.

When the history of the social sector is eventually written, the question will definitely be asked: Where was Minister Falzon when the subjection of the social sector was taking place? Prime Minister Robert Abela please note that while we look at you for continuity of what is good, we also expect you to take stock of the above and exercise your wise judgment to ensure the discontinuity of the dark shadow that has engulfed the services designed to support some of the most vulnerable people in Maltese society.

All is not dark in the social sector. Hundreds of professionals continue to work with full dedication, commitment and perseverance, day after day, in spite of all that they see taking place around them.  Their loyalty to the services users and to the values of their professions continue to drive them to give the best.