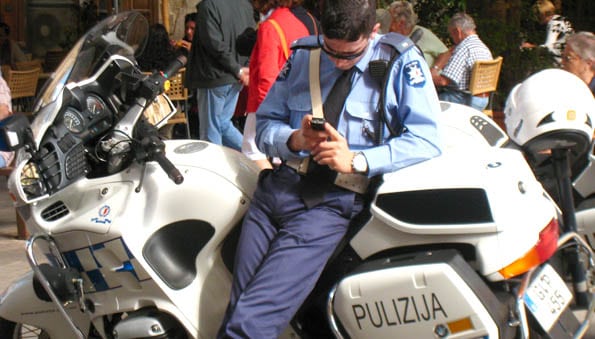 July 2017. The government reverses a standing police policy to insist that police officers have an exemplary record. Instead policemen who have been fired or have left the corps because of criminal offences would now be able to wear the uniform again.

And the difference between the two notions was glaring. This was the time when the police was asking itself what it was supposed to do with those pesky financial intelligence reports that said government ministers were “reasonably suspected” of having committed crimes.

Rewind to 2013. Labour was still in Opposition and Toni Abela – who now sits in judgement over others – was Labour Deputy Leader. Drugs were being packed and sold from a property of the Labour Party and the police got wind of it. The government of the time did not interfere to ensure political advantage. But the Opposition intervened to neutralise any damage.

Toni Abela found a “Pulizija Laburist” (his words, not mine) to close an eye on drug trafficking because that little bit of impunity served the interests of the party.

That was the thin end of the wedge. At the wider end impunity was guaranteed to Keith Schembri, Konrad Mizzi, Chris Cardona, Joseph Muscat, Edward Scicluna, Neville Gafà, Sandro Craus, Kenneth Camilleri, and so on and on. Because it was and still is in the interests of the party.

That too is an important and ominous message. The law is not to be applied equally. It is to be applied only on those whose arrest and prosecution would not have a negative impact on the Labour Party.

Fast-forward to 2019. Silvio Valletta resigns the police corps but the office grapevine is perfectly aware why he left. Silvio Valletta is best buddy with Yorgen Fenech whom the police have suspected for months for the assassination of Daphne Caruana Galizia. Impunity then, under cover of partisan interests, can benefit policemen as well. Silvio Valletta was being ferried to football matches and cavorting in a Rolls Royce. He was drawing some benefit from the arrangement.

Yorgen Fenech may not be his only contact. Silvio Valletta appears to be in business with other shady characters as well.

Hard-working, grief-facing, soot-swallowing traffic wardens and bike policemen will have rationalised that a little bit of overtime declaration fraud was actually encouraged. If you’re loyal to the government, you can break the law. If your arrest would be harmful to the government, you won’t be arrested. If you’re convicted of a crime, you’re allowed to serve as a policeman. Where in that moral universe does it say it is not ok to over-claim overtime?

The Maltese say that you’ll first smell a stinking fish from its rotting head. If Joseph Muscat is corrupt, his government will be. The rest of the fish is rotten as well.

But. Here’s the rub. Robert Abela cannot claim he is proving that “institutions are working” just because they are tough with entry-level policemen who cheated on their overtime. Not while Keith Schembri, Konrad Mizzi, Chris Cardona, Edward Scicluna, Joseph Muscat, Neville Gafà and so on and so on remain unchallenged.

Not while Silvio Valletta, the proverbial pulizija laburist, is not made to give account of his relationship with Yorgen Fenech while the latter was chief suspect in a murder investigation the former was conducting.

Not while the files about investigations into crimes allegedly committed by Keith Schembri and the others continue to pile dust in some drawer of Assistant Commissioner Ian Abdilla that other myopic pulizija laburist.

Punishing the small fry and letting the big fish swim away is no justice. It’s delinquency writ large.