GUEST POST: The civil service we need and the one we have. 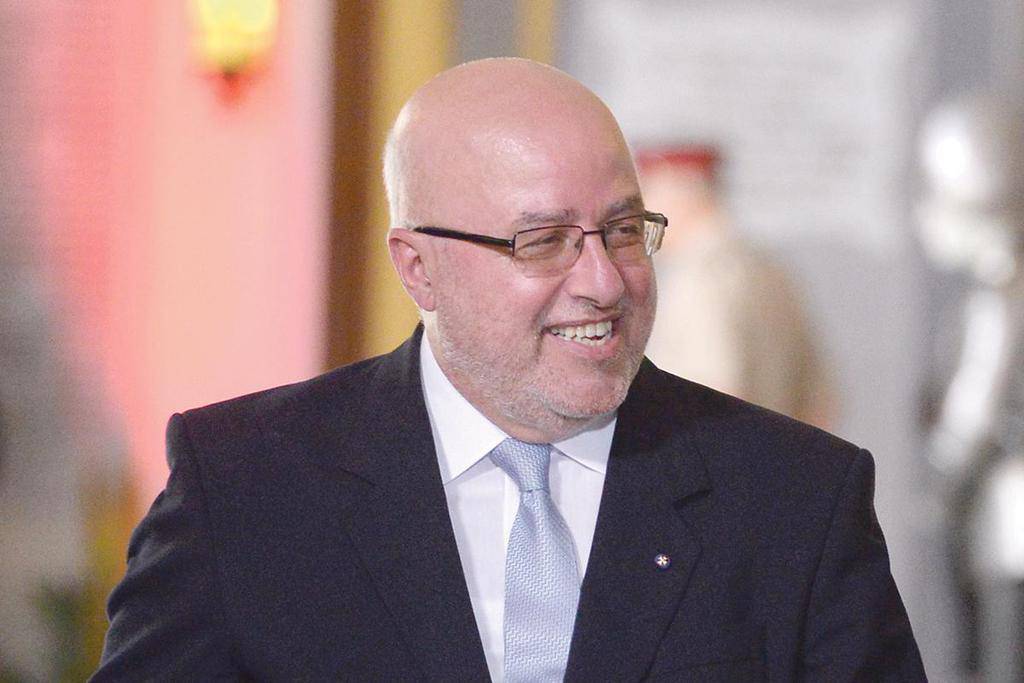 The Cummings and goings between London and Durham that have featured so prominently in the media, shed light on one specific issue that is particularly relevant from a Maltese perspective.

We have come to be accustomed to the fact that our political leaders appoint persons of trust, but in reality it may be useful to consider how this practice has evolved over time and what relevance it has in terms of accountability to the electorate.

In the early 1960s, a Minister’s staff would be composed almost exclusively of civil servants, with the possible exception of the Minister’s driver (who would generally be his constituency fixer). Sure, their political leanings were very likely to be sympathetic to the government, but this was not something that was necessarily expressed too overtly. The civil service was supposed to be independent and prepared to implement the policies of the government of the day without bias. The underlying principle was that administrations come and go, while the civil service remains; it brings continuity and preserves the institutional memory. This does not mean that patronage did not exist, but it did not manifest itself in this manner.

Independence brought a raft of responsibilities that previously were catered for by the colonial service and in a country of less than half a million people, the talent pool was always going to be limited. It therefore made sense to seek expertise outside the civil service. Nevertheless, it is one thing to select a person with a successful track record in business to head a public company, and a rather different thing to pluck the unqualified party faithful from obscurity and catapult them into positions of influence to which rightly they should have no claim.

The turning point came with the election of the second Mintoff administration in 1971. It was clearly perceived that the public service which had handled the transition after Independence and which he always felt had stymied him during his first term in office in 1955-58, was not sympathetic to his political agenda. Therefore, he sought the expertise and support of a small number of trusted advisers, including entrepreneurs he had come into contact with during his career as a reconstruction architect.  He also tapped into the trade union movement and urged many of them to enter electoral politics. His merger of the structures of the Malta Labour Party and the General Workers Union was not just a move to strengthen the hold of the so-called ‘workers’ movement’, but also to broaden the team and to ensure loyalty to the cause.

And loyalty, in fact, is the fundamental element in all this. Not expertise, nor critical thinking and certainly not dispassionate advice.

The return to power of the Nationalist administration in 1987, saw a rerun of 1971, because by then the civil service had been transformed completely. The independent-minded had either left, many of them taking early retirement or being driven to an early grave, or been neutered by being shifted to non-essential posts with no responsibility. The new government sought to bring back many of those who had left, including some who were past their retirement age, which meant that they could not be formally reintegrated into the civil service and had to be given external contracts.

The Fenech Adami administration also brought in some external advisers of its own. While these were clearly political appointees, in that some of them were the brains of the Nationalist Party’s transformation during the turbulent 1980s, a number of them clearly had the acumen to contribute to the business of government. Not that all of them were the real deal; there were duds as well, whose main qualification, once again, was loyalty. A loyalty sometimes poorly bought, because a number of these switched sides, often publicly, as the Gonzi administration trickled to a painful demise in 2013.

It is interesting that during the Alfred Sant inter-regnum, relatively little changed in this respect, but he came to consider that this decision contributed to his downfall in 1998.

Joseph Muscat came to power in style; he didn’t just win office, he triumphed. In some ways it was easy because he faced an exhausted PN. But to his credit, he also set about building a coalition of often disparate interests that propelled him into Castille on the strength of a series of campaign promises. Many of these were not consistent: he wooed hunters and environmentalists; the Catholic church and social liberals; business leaders and Moviment Graffiti.  Other promises were promptly forgotten once power had been secured, none more visibly than the fabled call for meritocracy, where Muscat had called loudly for quality in nominations, fairness in appointments and excellence in promotions.

The reality has been rather different, hasn’t it? Within days of winning office, all but three of the Permanent Secretaries were replaced, many of the incumbents relegated to demeaning posts. This was a position established in colonial times, maintained by the PN administration post-Independence and abolished by Mintoff in his purge of the public sector in the early 1970s. He clearly was of the view that these mandarins would stand in the way of the sweeping, progressive changes he wanted to introduce.

So rather than convince them or even instruct them, he simply did away with them. Muscat chose not take a leaf out of that particular book, perhaps because it would have meant a tedious restructuring of the civil service; far easier to just bring in the trusted cohorts. This latter word is chosen with care, because it was unlike other administrations, where change may have been swift and brutal in some cases, but tended to be relatively piecemeal. With Muscat, he replaced most of the senior cadre in the public service and flooded it with new recruits at all levels, sometimes by creating new permanent posts, which will entitle benefits for life, in others by appointing persons of trust even in relatively junior positions.

I have mentioned that Malta’s limited talent pool would plead for expertise to be sought as widely as possible. It should not be a problem that non-civil servants are temporarily appointed to certain posts where their proficiency can be an asset. This is true in the case of certain government bodies, companies or entities. Likewise for certain diplomatic posts; not all, mind, because not everyone can be an ambassador, despite what many people think.

Similarly, with the personal staff of ministers; it should not be a shock that they want the persons closest to them to be trustworthy. In many cases they have served to deflect negative attention away from their political bosses, who still need to remain popular with their electorate (given that in Malta, unlike much of the civilised world, we do not really have a separation of powers and ministers are also MPs). The big question, though, is whether these appointees are capable and how is their accountability to be assessed.

First of all, qualifications. Too many appointments have been made where people with no expertise find themselves in positions of influence. We have a Brigadier who needed three promotions in as many weeks to make it to the top. The new Permanent Secretary at the Ministry of Foreign Affairs has no evident qualification for a post of this magnitude. The most recent Police Commissioner brayed his admiration of Joseph Muscat all over social media. This is unbecoming, morale-sapping for the rank and file and full of potential for embarrassment, as has occurred on many occasions.

And this links with accountability whether in the case of officials or of political appointees.

I would argue that if you are paid out of the public purse, then you are to be considered a public servant and you are bound by a code that makes you accountable to the public and not only to the politician at whose pleasure you serve.

This means that these advisers should take a back seat and maintain a low profile. They should be the object of scrutiny, but they should not be perceived as the guardians of power or the arbiters of policy. This makes sense because they have not been elected and that kind of responsibility lies with the elected representative.

The proposals on persons of trust made by the NGO Repubblika are to be welcomed and lauded, because they acknowledge the need to broaden talent but also the need to set clear parameters.

A person of trust should never become the news. They should never address the media to explain their actions, let alone at a venue previously reserved for official events. In brief, a political appointee should be expendable and should be removed as soon as s/he becomes a liability.

It is remarkable how Boris Johnson continues to allow himself to be weakened through his defence of somebody who should be long gone. Joseph Muscat allowed exactly the same thing to happen, leaving office in disgrace; a hitherto brilliant political career (in his view at least) truncated because he continued to cover up for the likes of politicians like Konrad Mizzi and Chris Cardona, but even more so for trusted advisors like Keith Schembri and Brian Tonna, both of whom had desks in Castille. And here we are talking about possible complicity not only in colossal corruption but also, allegedly, in a plot to murder the person who raised most questions about the integrity of the lot.

There was a time when the public service in Malta was respected. It was a career that the best and the brightest aspired to. This is not only in the distant past: Malta could not have secured accession to the EU without the hard work and dedication of the entire civil service, and this despite the constant demonising of the process by the opposition of the day. I would argue that there are still many capable and talented people who genuinely want to serve, but they have been stifled or moved aside. Yet again, many more have been forced to leave and have made successful careers elsewhere, which is truly ironic in the case of those who were rejected by the Labour administration.

A serious state needs a strong civil service. It needs a service that speaks truth to power. It needs a service that can keep the wheels of the administration rolling at all times. Because government is not only about big decisions and transformative policy: it is also about getting the day-to-day jobs done. Covid-19 has shown that the previously obscure Superintendent of Public Health can become an exemplary, yet reluctant, celebrity even while maintaining impartiality, dignity and integrity. She is a role model for our times.

There is another angle to the Cummings saga that resonates in Malta. It is that perhaps the worst part of it is the impression that there are rules for the select few and rules for the rest. This was witnessed again when Prime Minister Robert Abela visited Libya, shook hands with all and sundry and then exempted himself from his own quarantine rules. His office may well qualify him for some special treatment – priority in traffic, VIP lounges at airports – but I doubt that the coronavirus will allow him to pass unscathed just because of the position he occupies. And his disregard for the rules encourages others to do likewise, with potentially disastrous consequences.

At the end, it is all about accountability.