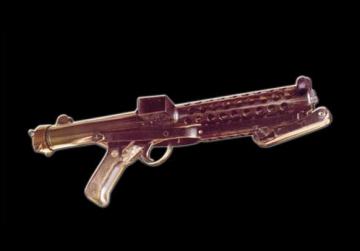 Call me a pedant but I think this is relevant.

Here’s a question and answer from Ivan Martin’s interview with Lawrence Cutajar:

You are the commissioner under whose watch a journalist was assassinated. As the head of the police, you have a responsibility to ensure public safety.

This assassination was one of the greatest disappointments in my career.  But, a bit of consolation, a bit of satisfaction, and I have to mention them… we had high profile cases in Malta – I think you know which cases I’m talking about, the case of Raymond Caruana for example. Was anyone ever taken to court, 30 or 35 years later?

And now let me ask you one. All these years, in connection with these cases, were there ever any requests for resignations because the cases happened and were never solved? No.

Actually someone was charged with Raymond Caruana’s murder. That would be Nicholas Ellul iċ-Ċaqwes.

In December 1990 he was identified as the owner of the Sterling submachine gun used to kill Raymond Caruana. He was charged with the murder of Caruana, but was not held on remand and his testimony was never heard. Nicholas Ellul died of an overdose in 2001.

While at it we should perhaps recall that in February 1997, Ġanni Psaila il-Pupa testified in court that Karmenu Farrugia (il-Botom) had fired at the PN club in Tarxien. Karmenu Farrugia — that’s Tourism Minister Julia Farrugia’s father was a ministerial driver at the time. He denies the allegation. Ġanni Psaila met with an accident. He died later that year after “falling down a shaft while carrying out a burglary”.

Has Lawrence Cutajar forgotten all this? Or is this his idea of justice?

Now if you didn’t keep these details in your front and centre memory, you can’t be blamed. But Lawrence Cutajar was police chief. He was a veteran officer of 30 years. On him was the burden of actually bringing Raymond Caruana’s killer to justice. And his understanding of the details appears to be so superficial. Remember he’s used this case in his own defence to prove how much of a smarter copper he is. Right.

Previous:GUEST POST: A nest of vipers
Next:Will he? Won’t he?