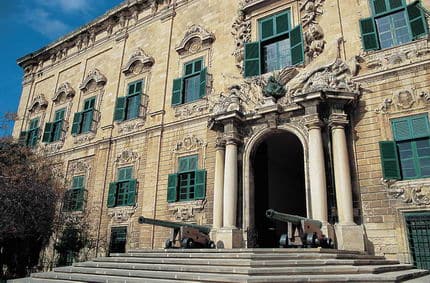 I apologise to Andrea Camilleri. But ‘a nest of vipers’ is how many describe the Office of the Prime Minister during the corrupt administration of Joseph Muscat, who gained the title of the most corrupt person of the year in 2019. Muscat will be remembered in history as the most corrupt prime minister Malta ever had. I still recall telling my wife, about a week after his electoral triumph in the 2013 elections that “this guy is worse than Mintoff, you wait and see.” I was right.

In a few months Joseph Muscat managed to take control of all public institutions of the island – from the Planning Authority, to the AFM, the Police, Public Broadcasting and the Courts by putting lackeys as heads, directors or chairpersons even if they were a group of unworthy incompetents.

Keith Schembri took care of the media, even calling certain editors at 1am and ‘taking care of’ the CEO of the most read newspaper in Malta, while Konrad Mizzi took control of every government infrastructure project. Joseph was also ably aided by Nexia BT who had everything ready, even before the polling date, to open offshore accounts for three persons. We know of two and many believe they know the third ‘high up person’ whose name couldn’t be sent through an email to Mossack Fonseca but was communicated by Karl Cini over Skype.

OPM became a nest of vipers (or rather venomous rattlesnakes) each grabbing at riches, booting out whoever stood in their way. We are asked to accept that Ix-Xiħ’s office had nothing to do with the planning of the assassination of the only journalist who stood tall and fearlessly faced Joseph and his band of crooks. A woman, who had the courage to denounce their illegalities and make them public. A mother of three, Daphne Caruana Galizia was afraid for her life, like any other human being would have been, but her love for her country kept her strong, kept her going in spite of arson attacks on her residence and her demonization by Labour trolls like Glenn Bedingfield who created a blog just to hurt her ‘as she hurt others’. Other trolls like Karl Stagno Navarra, Manwel Cuschieri and Toni ‘issa daqshekk’ Zarb also did their best to help their master.

Not even physical attacks like the one in Rabat by former Żurrieq Mayor Natius Farrugia, or dozens of libels by Labour MPs and accolades, or the garnishee of her funds by corrupt Chris Cardona managed to hinder her. She took all in her stride.  But then someone decided that she had to be silenced. And a plan, a diabolical one, was conceived.  Later she was executed, a few days after Joseph Muscat fell sick during a public appearance.

Daphne was blown up on 16 October 2017, a few metres from her home where her son was working. He was the first one on the spot seeing parts of his mother’s body strewn all over the road. He tried getting close to the burning car and could do nothing but scream in pain and anger. She is the true Maltese hero, not Manwel Dimech, the murderer and fraudster, nor the rioters of the Sette Giugno. She sacrificed her life for the good of her beloved county.

The obscenities, atrocities and the corrupt scheming taking place at the office of the prime minister of Malta, makes Camorra, Cosa Nostra and the ‘Ndrangheta, so accurately described in Andrea Camilleri’s books, look like boy scouts. What is coming out in the compilation of evidence against Yorgen Fenech makes one want to puke.

The corruption, the collaboration with criminals by top government officials, the police, ministers – the latest news is that witnesses point to Chris Cardona paying Daphne’s assassins – and Partit Laburista cronies is as disgusting as a pool of stagnant water filled with faeces.  Yet through all this all those mentioned are still roaming the islands as free as birds. No action whatsoever has been taken to investigate these criminals. Robert Abela is happy that the corona virus battle is won. But the real malady of Maltese society is alive and kicking, eating away at our values, reigning supreme.

Let us hope that the new Police Commissioner will start stirring waters. Will Angelo Gafà have the courage to investigate his former prime minister, his former chief of staff, his former colleagues, serving ministers and ex ministers?  Will he have the mettle to arrest and investigate Keith Schembri and the other crooks? Will he serve his country without favours? Only time will tell.