A planning permit for the Golgotha 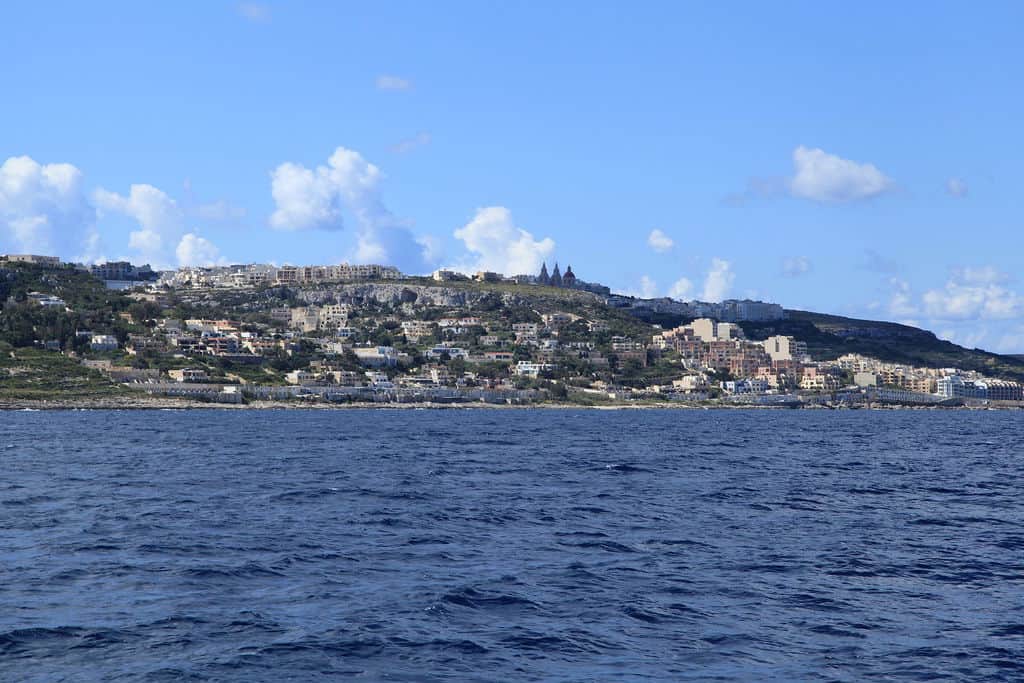 The curious incident of the vanishing, reappearing crucifix sums up our country neatly. A group of devotees erected a crucifix on a prominent escarpment for the Easter festivities. They meant the symbol for themselves but if it had been facing south they could call it our own Statute of Liberty, a beacon seen from the seas by desperate survivors looking for promise and hope.

Apart from marking a veritable massacre at sea, Easter this year was a time of some consternation for this country because we were in deep lockdown. In place of the yearly Easter pageantry and processions, people stayed at home to think about their mortality. So, the people who erected the Mellieħa cross thought it might be a good idea to leave it there for a bit longer until we turn the coronavirus corner and things go back to some sort of normal again.

They came across someone officious at the Planning Authority who thumped on some planning book that says that temporary structures must be removed after 30 days or something like that. The crucifix was ordered down.

Technically this was an application of the law. Like the stones in the hands of the Pharisees aimed at the adulteress, the enforcement order made reference to some form of legal pretext. We can’t have anyone erecting enormous metal structures on every ridge and leave them there because the people who put them up feel strongly about them. And why make an exception for a crucifix? Would there have been the same backlash against the removal order if someone had put up a gigantic cast iron goat to ward off the coronavirus?

It’s all perfectly logical. But it does not make it fair. A slimline metal crucifix was condemned for removal by the same Planning Authority that permitted the St George’s Bay development by the dB group. Enforcement on accretions, illegal developments, ostensibly temporary structures that have fossilised in their environment, is remarkably rare. The “developers” of the Mellieħa crucifix did not invite the Planning Authority CEO to lunch at their sprawling ranch to have a “strictly business” conversation. But then again they weren’t trying to build multiple skyscrapers in the middle of Imrieħel either.

The Planning Authority’s actions then were doubly injurious. They were culturally insensitive when they ignored the symbolic significance of the “structure” they ordered removed and the context in which it was erected, the coronavirus pandemic. But even if it had been a cast iron goat on a stick, the Planning Authority perpetrated an injustice in that they applied the law unequally bashing the defenceless whilst allowing the profiteers to do their own thing.

But it’s what happened afterwards that makes this incident so quintessentially Maltese. The crucifix erectors took their complaint to the politicians. Planning decisions are supposed to be out of politicians’ hands, and for good reason. You call the politicians to change the rules so that in future something which has been found to be unfair in the rules does not happen again. But politicians are not meant to have the power to reverse decisions by the authorities that are set up by law to take them.

It is easy to express shock at anyone’s decision to pull down a religious symbol. Indeed, it would not be unreasonable for politicians to have done so in this case and called out decision makers for their insensitive policy. If the prime minister wanted to really make a point he could have fired the PA board as some form of gesture.

But the order from Robert Abela for the PA’s enforcement order to be ignored is not a solution at all. This “power” makes the prime minister a discretionary court of appeal with the dictatorial authority to wipe away administrative decisions taken by autonomous bodies set up by law. It makes autonomous enforcement bodies irrelevant and reverses the intent of separating politicians from opportunities of corruption.

Consider a situation where the prime minister steps in to overrule a court decision they disagree with. It would be time to replace the flag on Castille with that Blutfahne with the eight-pointed cross replacing the black swastika that Norman Lowell’s disciples like to hang at Christmas parties.

Now the Planning Authority is not a court. But it’s autonomy is equally protected by the law and for the same reasons.

The people that are (for whatever right reasons they may have) happy to see the crucifix go back should understand this is not about the crucifix. If the prime minister can wipe away an enforcement notice on this temporary structure, why shouldn’t the prime minister expect to have the power to wipe away any other enforcement notice? Do we want our prime ministers to have the power to cancel an order from the PA to knock down an illegal building?

We would if we were the ones owning the illegal building and have no way within the framework of the law to do what we want irrespective of what the law says. It’s the sort of thing the Nationalist administration suffered so much from.

Let me recall an incident without the obvious emotional charge of a crucifix. The Planning Authority in the 2000s wanted to improve the walking experience in the countryside by having perimeter walls between fields and country roads lowered. Not every field owner was happy about that, especially those who needed high perimeter walls to cover the illegal development of their “fields” which they converted into swimming pools, decks and a little air-conditioned home away from home in place of their tool shed.

When planners enforced the new height limits, field owners called politicians on site to make a scene and block the enforcement of the law.

Then too the response was, why do you start with us? Why do you want us to pull down our 2-metre-high walls, when giant developers are decimating the landscape with their monstrosities? Fair point.

But the real issue here is that in spite of all the planners we employ, all the laws that we write, all the processes that we impose, people with access and influence will still call the theoretically powerless politician to devise an exception for them. And the politician continues to indulge these calls because “favours” remain the currency on which they thrive.

The devotees of Mellieħa are getting their crucifix back. The rest of us will have Robert Abela.

Previous:When dinosaurs underestimated the big fire in the sky
Next:PODCAST: One danger