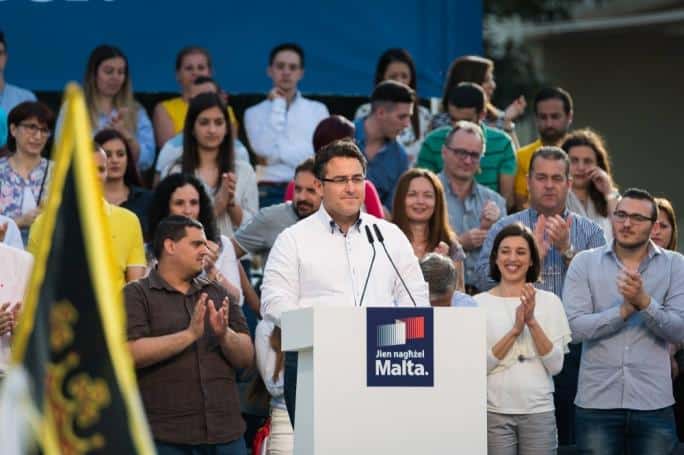 The main issues and points of divergence clogging the re-emergence of the PN as an alternative government amount to party renewal. This needs to be the prevalent theme of the leadership campaign.

An electorate would not place its trust in a party that for long years has been plagued with its own internal disputes revolving on issues that are distinct from its mission as an effective opposition or the development of a credible socio-economic programme.

It is not the absence of capable, learned and experienced human resources at parliamentary or at the ‘think-tank’ advisory level, although there exist areas where these could benefit by better prepared actors or “in-between figures”. Disputes include policy decision-making processes on grounds of conservatism or progressivism, the organisation and management of the various party complex structures, standing for inclusiveness, and intra-party democracy and deliberation without aggregation.

Defeating the evil acts that veer towards autocracy attributed to this government is certainly no easy task. And yet this shall not be the theme of the leadership campaign though it needs to be considered along political strategy corridors.

The PN, like most other parties in “post-modernism” and times of ‘direct democracy’ and ‘project-budgeting’ following the dismantling of the Wall, is no homogenous entity. It is open to people who profess diverse thinking with different cultures, religions, social standing and nationalities. But it is not a ‘broad-church’ or ‘catch-all’ party.

The PN draws its inspiration from the cultural, religious and humanist heritage that in today’s language is better described as a dialogue with faith that transcends the common good. This is the language used in the EU Treaty of Lisbon. It is also used by most similarly oriented European parties. Such mission, as re-affirmed in the revamped party statute, calls for what Jan Werner Müller defines “as an attempt at reconciling faith (all denominations) with modern democracy, not necessarily liberalism, socialism or other ideological current within the broader conceptual tent of modernity as a whole.”

If the above is taken as given by leadership contenders and their people, it then calls to discuss the notion of “party institutions” that has been and apparently shall again be the battle cry of the leader.

This would theoretically translate into the various complex overcrowded party organs’ decision-making and working practices. But these presumably independent and yet interdependent disciplines are today over-shadowed not by the issue of leadership but by the notion of “power”.

The issue of power does not only arise when there is a contest of competing divergent thinking. That would be the responsibility of the leadership team to deal with and mediate. It is when such desired leadership acumen fails that power, overtakes reasonableness including a leadership that in an attempt to save-face asserts itself as the supreme authority proffering discipline and ousting adversaries. This we just learned is the ingrained mechanism practiced by the LP cabinet and parliamentary groups.

Considering the PN’s ideological belief in subsidiarity, solidarity, equality and equal distribution of wealth that premises on equal opportunities, membership of the party need to accept the foundation of faith as clearly transcribed in our statute as a common standard of self-criticism. As Ernst Hirsh Ballin asserts such party leadership mission programme would include such expressions as “respond to”, “interaction” and search “for meaning”. None of which suggests submission.

The leadership of undiscussed supreme authority, as could have been the case in decades past, is today in itself anathema to the belief in “popular autonomy” that the party professes. Most political parties, with a number of exceptions of course, in consonance with the restrained authority of the public authority, today practice a system of integrative party leadership (Germany and the Netherlands amongst them, overlapping Parliamentary Party Group (whose chairman would be the party leader) and the extra-parliamentary Party Organisation (the organ that manages and administers the party also responsible for party renewal given its direct dialogue with the party’s multidisciplinary groups and emanating research).

The present leader’s renewed proposed onslaught against the party institution is itself a paradox to the present leadership’s frivolous and failing attempts in establishing its own leadership oracle. The other leadership contender is an unknown component, but describing himself as not appertaining to any faction bodes well for his positive evaluation of the above discourse.

Turning to the PN’s credentials of political thought, some still discuss the party’s composite conflict in an “irrational” mould of conservatives and liberals. In today’s assumption that historical political thought or assertion of political ideology – engraved in stone – could possibly be approaching a twilight, one need to interpret what is understood by such terms.

Conservatism is historically said to be guided by the principles of private property and enterprise, a strong military and the preservation of cultural values and institutions. Through time it shifted its policies towards a better controlled welfare-state that in no way subjected individuals to any sort of submission to government diktat. This unlike liberal, socialist and communist democracies.

Hayek declared that the creation of an absolute welfare state would necessarily lead down the road of totalitarianism. The alternative is the notion of solidarity where a public authority only intervenes where the individual on his own cannot succeed.

Liberalism too believed in such notions, but from its perspective the purpose of the polity was to maximise the scope of individual freedom; but as long as they do not impinge on the freedom of others, what individuals end up doing with their freedom is not really a matter of political concern. Moreover, the conceptions of the people are all based on the assumption that their constituent members are essentially homogeneous. It is the state that determines the most appropriate way to maximise the scope of everyone’s individual freedom. Liberal ideology met its death knell in the late 19th century and in the aftermath of World War I. In a recent past it was selectively resurrected through the concept of applied “neo-liberalism” to which diverse parties resort when it comes to economic planning. E.g. Thatcher and Merkel.

Perhaps a better definition to those claiming to be liberals in the PN, could be Progressives.

And this sums up the political thinking of the PN. It is a party reminiscent of post-World War II parties, tasked in resurrecting their nations from the aftermath of war and the challenges of communism. Then centrist-left parties adopted a Middle Path aiming to extrapolate a set of abstract patterns of thought as expressed by diverse ideologies and mould them into a more general model in a practical and pragmatic approach that strikes a rational balance between both mainstays of a country: the right of property and entrepreneurship in a social market economy and the fulfilment of the individual rights and aspirations in a “people’s democracy” as distinct from “mass democracy”.

One other item on the campaign’s agenda is certainly intra-party democracy and deliberation across all the party organs, specialised groups, regional offices and beyond. Claiming to appraise people’s aspirations by house visits and attendances at ‘festas’, although productive, is just window dressing.

Parliamentary group aside, party organs at all levels cannot be suppressed by the eloquence of members of the parliamentary group who could be said to act as protectors of grassroots members. The latter, including regional district offices and counsellors, need be encouraged and effectively trained in practicing deliberation on party proposals, people’s concerns and themselves put forward proposals.

It is a call for the emerging concept of “project budgeting” where these individuals and groups have a constructive say. Any excuse that such people may not be conversant with political thinking is a non-starter. Reading a number of comments on digital media and blogs is proof. Affording the right to “tesserati” to elect the party leader is one other. This calls for a renewed subsidiarity that shall first and foremost be applied by and within the party.

Consistent with the above line of thinking this need be a “win-win” campaign.