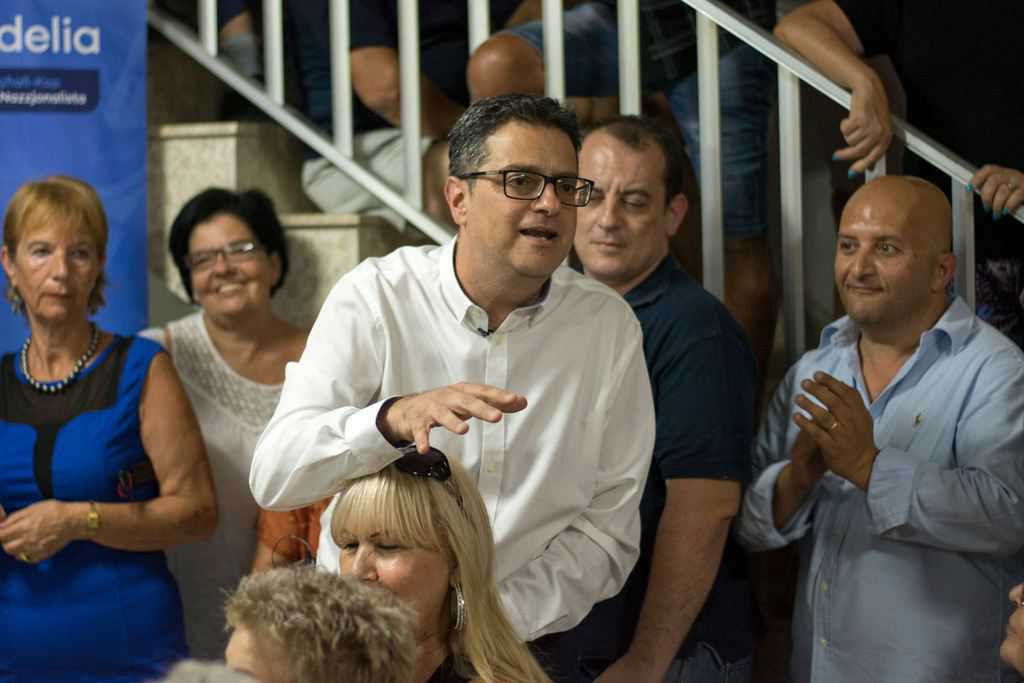 Let me say it at the beginning. As a man and a lawyer, I respect you. You know the reasons so I will not elaborate. But unfortunately you do not have what it takes to be a political party leader. To be leader of a party you need to have a vision. You don’t.

You started on the wrong foot while still campaigning for the leadership way back in 2017. Daphne Caruana Galizia published a number of blogs about your connections with a brothel in the United Kingdom.

Daphne loved her country and she made it her mission to expose corruption. During an election gathering you were furious and called her a ‘biċċa blogger’. That was your first big mistake. Your over-reaction and filing of libel suits scared nationalists away. Thousands of people in Malta and abroad looked up to Daphne as a beacon of light in the darkness that Joseph Muscat and the corrupt ‘gang’ had taken over Malta. Having half a million daily readers of her blog meant something. You did well to withdraw all libels after her assassination, but by then the harm was done.

Then soon after came your second and I think your worst mistake. After the summary of the Egrant inquiry was published by the government Joseph Muscat addressed a press conference with his Parliamentary group behind him, played the victim by shedding tears and asked for the resignation of Simon Busuttil. A couple of hours later you officially asked Simon Busuttil to resign from Parliament and the Nationalist Party. He refused and he did right. Because now we all know that he was right and the Egrant inquiry was a farce, carefully worded by Joseph Muscat to make sure that Magistrate Aaron Bugeja could not look deep to see who the real owner was. That pushed thousands away from the party.

When Eddie Fenech Adami lost the 1996 elections he asked for a vote of confidence from the councillors. He was confirmed by a whopping 97% of the votes. The same happened to Lawrence Gonzi during the internal conflict in 2012. He got 96.5%. When in 2019 you asked for a confidence vote you managed 67%. This is now down to 44%. So admit that something is wrong. You now have three no confidence votes – from the majority of your MPs, from the Party Executive and from the councillors. Yet you are clutching at straws. This is not doing you any good and is harming the party which you say you love so much.

It was revealed recently that you had Whatsapp conversations with the alleged mastermind of Daphne’s murder Yorgen Fenech. You never denied that the messages weren’t true. You filed a police report to get to know the source of the journalist who published the article. Now you should know that one of the pillars of democracy is the free press and a journalist will never name their source. You have to live democracy not just speak about it. Having conversations with a criminal is not setting a good example of the leader of the second biggest political party in Malta. It is definitely unethical to say the least.

Your latest gaffs came last week when you addressed the General Council and declared that Joseph Muscat, Konrad Mizzi and Keith Schembri resigned because of you. That is not even a half truth, that is a lie. Joseph Muscat and his corrupt associates resigned because of the continuous pressure by civil society. They resigned after months of protests by Repubblika and  #occupyjustice. You had no part in this. It was the ‘erba’ qtates u tużżana qħab’ that brought Joseph down.

You surrounded yourself with incompetents like when you went to Daphne’s memorial with full press coverage to ‘pay respect’ to the slain journalist and was confronted by her sister. Another incident of bad PR was when you went, again with full press, to visit Philip Chircop who in front of media cameras shocked you by telling you that he will not vote nationalist again. Who gave you that advice?

The day before the councillors vote you had to bring your private life to the front. You said that you lost your family because of the party. You did not. I am not entering in your personal matters but all of Malta heard the recordings from a mobile phone.

You always claim that the traitors and the back-stabbers did not let you work. You never said why, never gave examples. You have spent three years defending yourself from survey after damning survey with your trust rating continuously going down. But let’s see what your hard work against the government consisted of. You won the case against the Attorney General and managed to get a copy of the Egrant inquiry. It was good work as a lawyer but what did the PN achieve with its publication? What did Malta gain?

You are currently fighting another lawsuit to get back the three hospitals which our corrupt government sold to Vitals for €1. But let me remind you that it was Daphne Caruana Galizia who came out with the Vitals story in November 2016, long before you had thought of entering politics. I’m sure you will win the case. The Auditor General already made it clear that the deal was corrupt. But again that is a lawyer’s work and as I said before you are a very good lawyer.

Last week we learned that former Gozo minister Justyne Caruana was handed a €48,000 per annum direct order by the Lands Department. The PN let this go by without even issuing a press release. Remember PL’s tactics about the €500 Maltese clock given to Tonio Fenech? That is how politics work.

You have to admit that your time as party leader is over. Even if, by a miracle, you manage to get a majority of the members’ vote you’ll still be in dispute with the majority of MPs, the Executive and the councillors who have no confidence in you. What will your action be? You kick the MPs out? You change the Executive Council? You remove all the councillors? It will not work and you will lead the party to a disastrous loss at the polls, probably handing a two-thirds majority in Parliament on a silver platter to the Partit Laburista.

My appeal, as a nobody, to you is not to contest the leadership election. If you really want to work for the Nationalist Party there are other positions that you can consider. But to be leader is a no go. If you love the party and your country refrain from contesting. You will gain more respect.