GUEST POST: The covid situation is more serious than you think

Sent in from a senior pathologist known to me who must remain anonymous for reasons I understand. 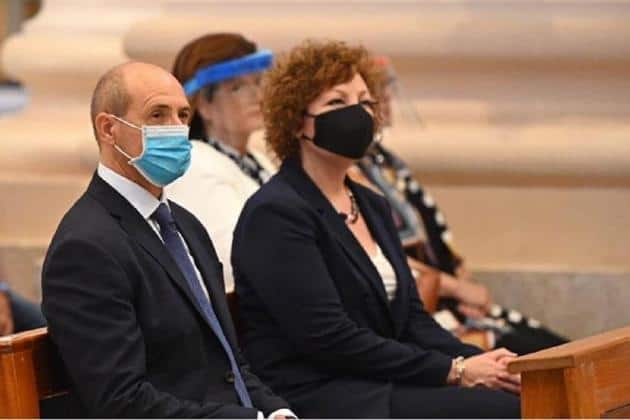 Like everyone else on the island, I awaited with bated breath (not) yesterday for the mitigation measures against covid-19 to be announced.

I will not say too much about our prime minister because it has all been said before.

The mess we are in is due to him and his darling minister of tjurism, basically because he has put the economy before health, with total disregard for the latter. That he can even think of going on holiday in this crisis is a measure of the man, or should I say, boy. Narcissistic, immature, irresponsible and dangerous. Trump would be proud of him.

Make no mistake, the situation with regards to covid-19 here in Malta is very serious. We have all been told not to scare people and not to exaggerate. Believe me, we should be very afraid of the situation and what lies ahead. Soon, more and more elderly will become infected and hospital admissions and deaths will follow suit, despite the new measures to be put in place. And somebody needs to make it clear to our dear prime minister that “the virus only causes mild symptoms” is now a myth because long term sequelae with permanent health problems is a reality. Will he take responsibility for deaths that will happen now and for those that may happen prematurely years down the line?

The measures introduced yesterday were necessary because the situation is completely out of control with more and more sporadic cases (i.e. cases where contacts cannot be traced) being seen every day. This is not a peak or a spike. This is a full blown second wave which is threatening to become a tsunami.

The measures introduced today should have happened at least 2 weeks ago. If they were introduced then, we would probably have had some measure of control over the situation and this would have benefited both health and the economy. As it stands, it will take several weeks, possibly months before numbers come under control. By then it will be winter and we’ll have covid-19, common colds, seasonal influenza and pneumonias. It doesn’t even bear thinking about. We acted too late.

I am somewhat disappointed with what Chris Fearne said yesterday. “Many lessons have been learnt. What was being done now was not a copy of what took place in March because of the experience since then. The measures were being introduced on the basis of evidence, not on the basis of what MAM said.”

What lessons? That we shouldn’t have had boat parties? That we shouldn’t have had crowds in Paceville and at Festas? That was common sense based on knowledge on how the virus spreads. The science was ignored. MAM and the medical profession have consistently told the authorities what needed to be done, based on scientific evidence. That was ignored until now. What happened to the scientific evidence then? This is too late I’m afraid, but yes, it’s always better late than never.

The superintendent of public health is also a disappointment. She is a public health physician and the Association of Public Health Physicians, who have been at the forefront on advising how to tackle the epidemic, have not been on the same page with her. She constantly harps about risk assessment, as she should. But something’s not right here.

If proper risk assessments were done, they were ignored, because no public health specialist in their wildest stupor would have allowed mega parties and mass gatherings to go ahead. The evidence was out there, because we know how the virus behaves (you know, scientific evidence) and it happened in other countries before us.

Maybe our prime minister truly believes that this virus is populist as well.

And what about the more vulnerable people in our society.? It was left entirely up to them. Just be careful. Oh, that’s very helpful isn’t it.

There is a lot of toil ahead of us. This is not going away any time soon and because of the supremely irresponsible actions of Robert Abela, both health and economy are going to suffer.

We all need to fight this together, ignore the constant rubbish that Robert Abela spews, and listen to the real experts.